Experts in buying, selling & renting
Your property, your future
23 May 2019 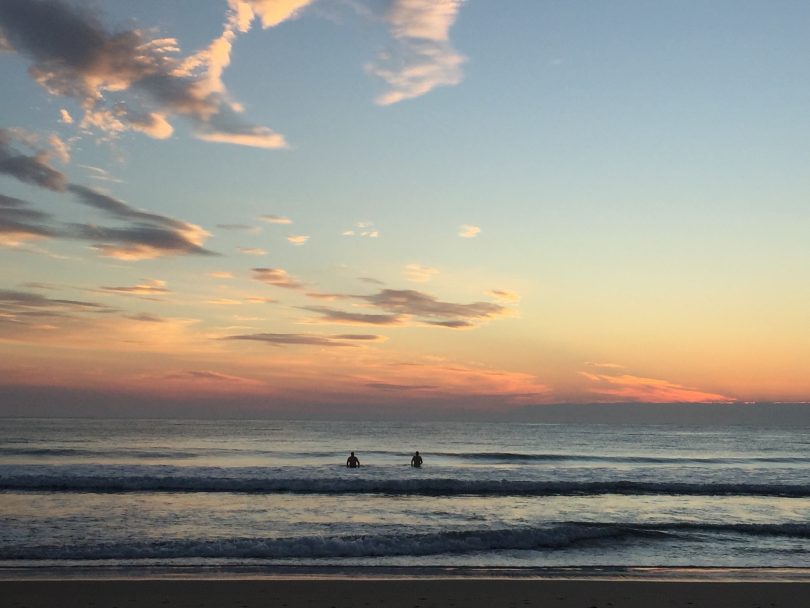 As the May sun rises, barely lighting the sands of Tathra, several swimmers slip into the sea while a solitary SUP boarder paddles through silvery waters. This morning there’s also a bright gibbous moon shining through the pines.

It is 11 degrees, but that doesn’t stop these ocean-lovers. This morning at Tathra there’s a lone swimmer at 6:30 am, then two more join him. At 7 am there’s a small group, numbers increasing as the hour rolls on. Then at 8 am a group dives in for the 1200-metre swim out to the town’s famous wharf and back. 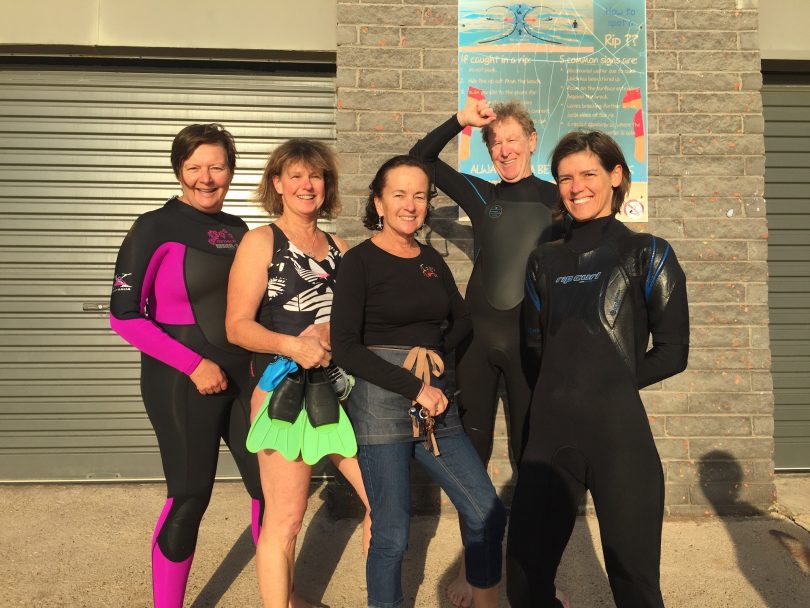 It seems swimming in cold and wild water can be quite addictive. “I dive under and look back up at the sun shining down through the waves and I feel so alive, it’s a real high,” says Jo Rodely who swims almost every morning of the year.

There is science behind this feeling of euphoria. Being in cold water boosts your immune system, but it also gives you an endorphin rush (men in particular); it can burn more calories, it enhances your circulation, and reduces stress. Taking your swim to the wilds of winter forces your body to work harder. It may be cold, but it’s actually kind to both body and mind.

There is no official swim club here in Tathra, Rob Armstrong says. He started swimming every morning here 24 years ago and more and more people joined him. Now there’s a pretty regular group that swim out to the wharf and back every morning.

“There’s so much to see it’s like our own private aquarium; the ochre rocks and seaweeds, all the fish,” says one daily swimmer. 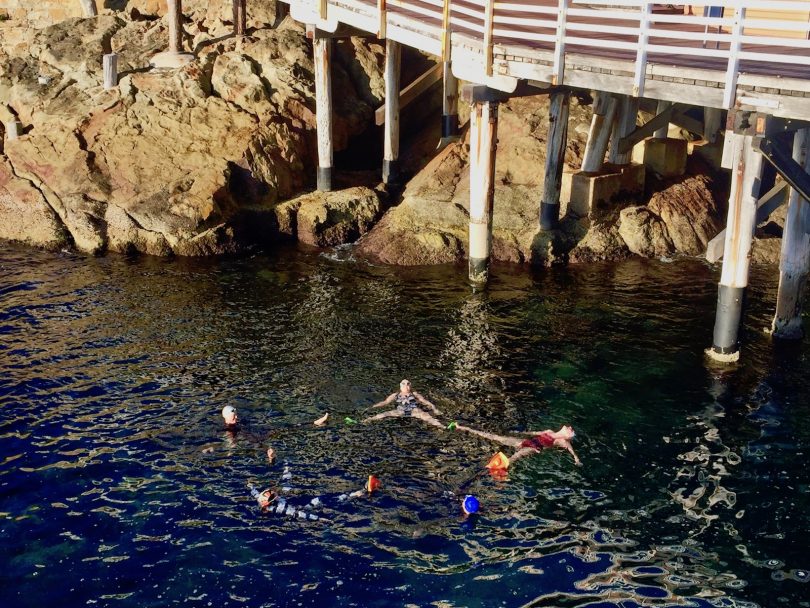 Some synchronised swimming antics under the pylons of the Tathra Wharf.

You don’t have to be incredibly fit to swim in Winter – many just dive in, splash and float around near the shore. One of the 8 am swimmers, Judy Rettke says, “I just started in my 30s with two laps at the pool during my kids swim class. I could barely breathe at first. Every day I added two laps.”Judy now swims every morning, to the wharf and back, “it’s so beautiful and I get to do this every day.”

Although one of their beloved swimming colleagues, Rob’s wife Chris, was lost to a shark attack in 2014, members of this group say they were determined to get back in the water and continue doing what they love. They say it’s always in the backs of their minds, but they can’t seem to resist the call to swim. As Gillian McMillian says, “leaving the land behind, swimming out and floating, totally disconnecting from emails and phones, it’s real freedom.”

This goes beyond Tathra.

Open-water swimmer Alison Steele of Narooma says she hasn’t swum in a pool for over seven years.

“I swim in the ocean a few times every week, all year round,” Alison says.

She is about to travel to Crete for her fourth overseas swimming holiday. Alison often swims with the Winter swimming group at Narooma known as ‘The Numnutz’.

“We swim through the bar and back, it’s really great when we’re swimming with the tide. It’s as relaxing as a walk, with all the fish and such clear water, there’s always something to look at.” 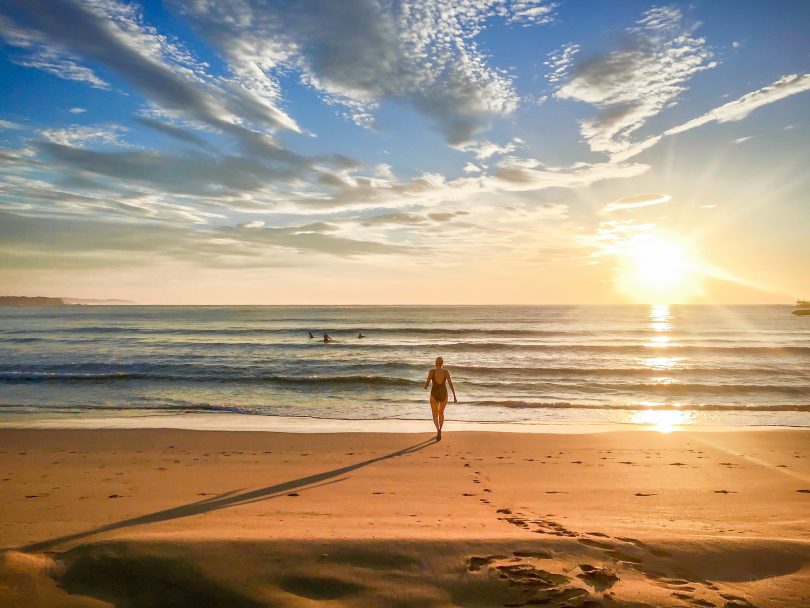 Jo Rodely heads into the water to get her fix: “I get a real high from looking back up at the sun through the water.”

“Winter can get you down, but diving in to ‘very fresh’ water with a bunch of people for an adventure is great,” he explains.

Gary enjoys the social aspect of winter swimming, the friendships and banter, and “there’s always great food after the swim, and maybe some schnapps to warm the cockles,” he laughs.

The very fit looking Dick Rogers sums winter swimming up best, I think. At 82-years-old, Dick is always one of the first on Tathra Beach each morning, “It keeps me alive!” he says.

Narooma Numnutz meet at Narooma’s Bar Beach – Sundays at 9 am May to September. Bermagui Blue Balls (men), Blue Pointers (women) and Blue Bottles (kids) meet and swim at Bermagui’s Horseshoe Bay – 9 am every Sunday between Mother’s Day and Father’s Day. At Tathra, just turn up any day, these guys will welcome you – if you want to swim to the wharf and back be there at 8 am. If it’s just a dip you are after, be there at 7 am.