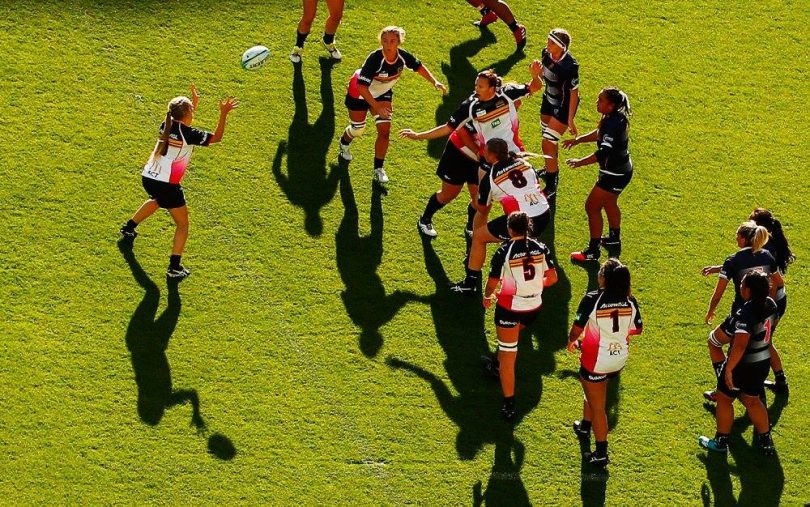 Brumbies are leaving their stamp on the history book of women’s rugby in Australia. Photo: Brumbies Rugby.

The Brumbies Super W team has come together from all different vocations and differing levels of experience to form a team that will go down in the history books.

From PE teachers at Canberra Girls Grammar School to baristas and uni students, the women that have been a part of the inaugural season of Super W Brumbies have been an example of the amazing talent that exists in Australia.

One of the women who trailblazed women’s rugby in Australia is Kate Brown, a mechanic at Jindabyne who drives the two-hour trips to Canberra two or three times a week to train with the team.

She was more than willing to make sacrifices and spend time in the car to fulfil her dream of playing for the Brumbies.

“There are a few of us, I think there might be nine in the team, that live out of town and we travel together to train with the group in Canberra,” she said. 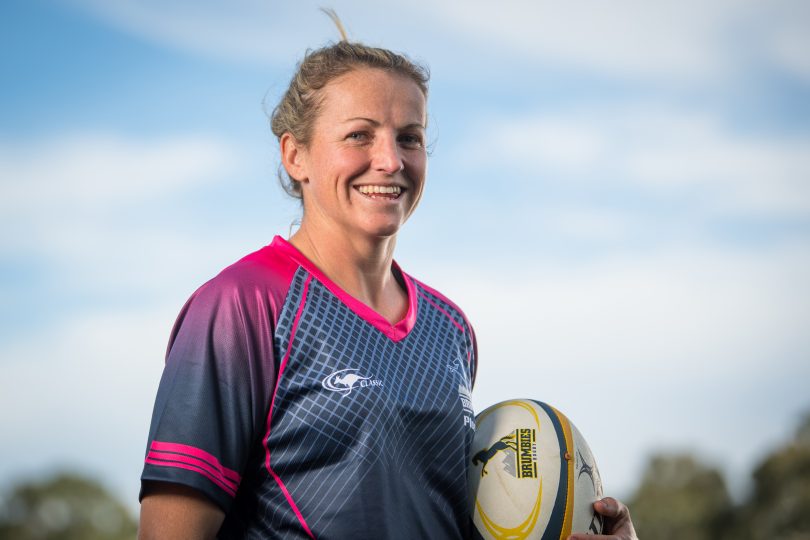 Kate Brown has only been able to play one match against New South Wales after a knee injury ruled her out for the rest of the season. Photo: RUGBY.com.au/Stuart Walmsley

“I was happy to make the sacrifice in travel. I have been doing it for a couple of years now for both 7s and 15s so I am kind of used to it but it is a massive commitment.”

“It feels like you are always in the car, driving between one place and the next. It definitely takes a toll on your body but I knew before the season what I was going to have to do to play for the Brumbies.”

Brown has only been able to play one match against New South Wales after a knee injury ruled her out for the rest of the season. The backrower started playing rugby when she was in primary school in the rural town of Scone.

“I ended up in Jindabyne and it was about one of the only sports down here and there was a girls team so I just started to play again to meet some people and that’s when it all kind of kicked off.”

Brumbies prop Anna Koravata is sad to see the season come to an end but is looking forward to having time to study.

The ACU nursing student only started playing rugby in 2016 when she moved to Canberra for uni and fell in love with the sport.

“My friends asked me to come along and play since I had the body for it since I am tall and quite a big girl,” she said.

“I fell in love with the sport and have been playing for Uni Norths since.” 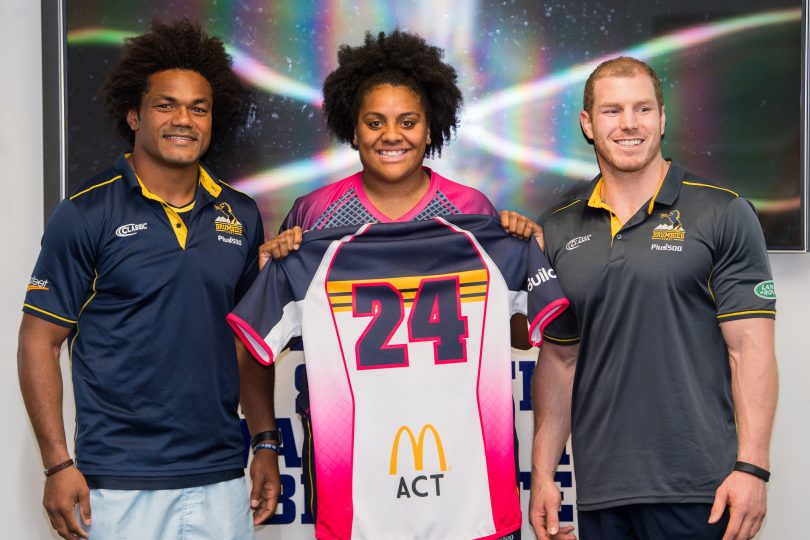 The uni student said she learnt many things from her time at the Brumbies.

“I learned that games of rugby can change in an instant and how important every moment is in a game,” she said.

“But I also learned that when girls are all friends, they make a good footy team. All the girls have each other’s backs and every girl likes everyone which is just amazing and is so rare.”

“They are a great bunch of girls which makes it so easy to spend all my spare time at training and around the club.”

Be there on Saturday afternoon as the Super W Brumbies side plays their final match of the season against Western Australia, with 5:00 pm kickoff.  Tickets are on sale now for this match, which also includes entry to the Brumbies v Reds Super Rugby clash at 7:45 pm.

Jim Hosie - 4 minutes ago
Debunk this picture and there’s plenty more around. Must be them anticlimactic change people that do these there protesting... View
Ray Ez - 14 minutes ago
So in other words: so true that I shat myself but have sufficient denyability so that if you find out, someone else is to bla... View
Anura Samara - 2 hours ago
Rick Reeks debunked by evidence. Yes, I know it's inconvenient when that happens! View
Opinion 4

Paula Simcocks - 46 minutes ago
Looking back in times of war and crisis people loved the fun of live shows, music and drama. Lifts spirits, usually doesn’t... View
Lindy Edwards - 7 hours ago
Nanna was reciting Yeats as fires approached her place. And a he'll of a lot of people are going to be singing, drawing and w... View
Josie White - 12 hours ago
I think that the arts have a role to play in alleviating community anxiety and providing some relief from the stresses and to... View
Opinion 14

Malcolmo Oz - 1 hour ago
Felicity Jane Good comment - very insightful and forward thinking View
Shane Murphy - 2 hours ago
Anura Samara my point is that people are happy to protest in Australia because there are few consequences in doing so. Not so... View
Anura Samara - 4 hours ago
Shane Murphy silly comment. As Australians we can influence the debate in Australia. And an Australia with strong and effecti... View
News 30