Yabbies are not alone racing to Laggan 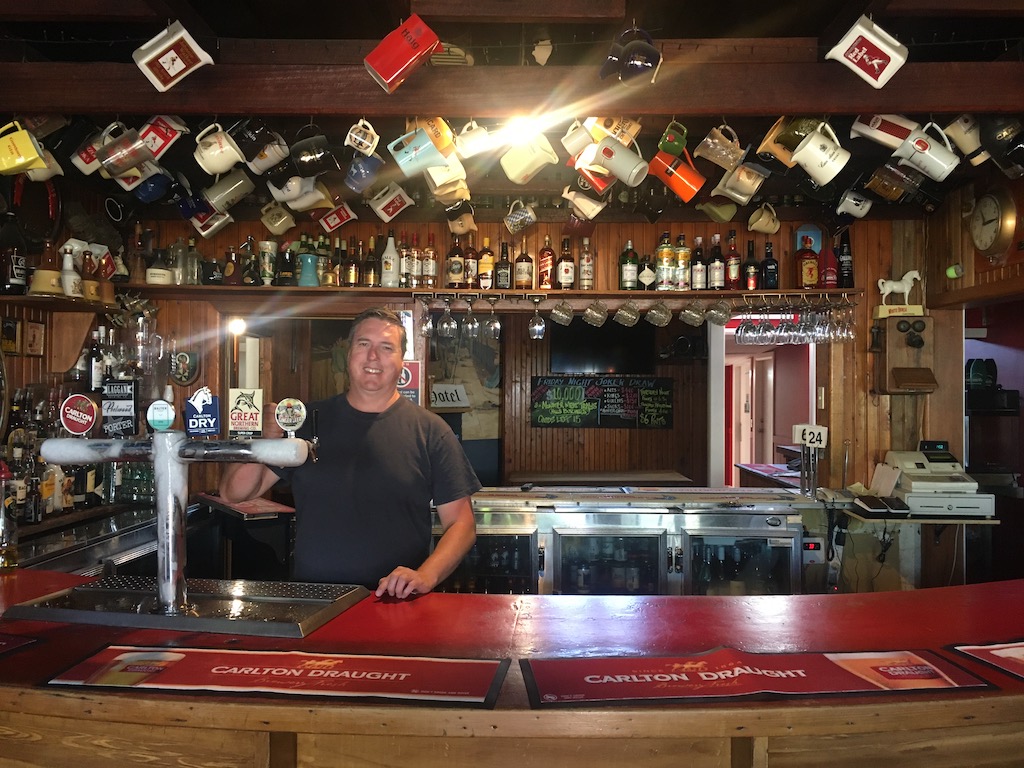 Stuart Campbell has put the Laggan Hotel at the centre of many community events in the wider district and plans to host more travellers in future. Photo: John Thistleton.

The village of Laggan’s rising reputation for food and hospitality will continue with a third-generation publican’s plans for cabins to complement his 1924 weatherboard hotel.

The new cabins will give motorbike riders and car clubbers who love heading out of Sydney into the backroads that loop through Taralga, Laggan and Crookwell a place to stay overnight.

Long stretches of tree-lined paddocks, timber, iron and stone farmyards and quietly grazing cows give travellers a taste of the dreamy country lifestyle Laggan offers. Laggan Pantry has made the village a foodie destination, and the pub punches above its weight too.

“We get a lot of bike groups coming through and they’re always looking for accommodation which I can’t provide at the moment,” Laggan Hotel licensee Stuart Campbell said.

On 2.8 hectares, the original timber and corrugated iron pub has plenty of room for cabins – Stuart’s plans beginning with a few and if they meet expectations, more will follow.

They will fulfil Stuart’s goal of enhancing the busy little business which he took over eight years ago from his mother and father, Margaret and Ron Campbell. They took over the pub in 1970 from Stuart’s grandfather Greg Hart who bought it in 1947.

“They still talk about him [his grandfather] today, he was very good at what he did,” Stuart said. “He leased it off Tooths Brewery for a little while, because the pub was really run-down, and he built it up over the years.”

In what often spells the kiss of death for a country pub Margaret sold the hotel’s poker machine licenses in 2000, not knowing whether any of her children would take on the business.

But Stuart stepped up, embracing the pub culture which has changed from drinking to offering good food too. He doesn’t miss the poker machines and reckons they’re not good for a community.

Six years ago, head chef Marcia Branson arrived, which coincided with a new commercial kitchen for the small roadside pub. Raised and educated at nearby Crookwell, Marcia did her cooking apprenticeship in a small French restaurant in Sydney, worked at many different restaurants and loves the fast-paced industry.

“My first head chef’s job was at a two-hat restaurant at Armstrongs in North Sydney and things went in leaps and bounds from that point, really,” she said.

She has worked in Perth and Melbourne, enjoying many accolades but says that doesn’t compare with being appreciated in Laggan. 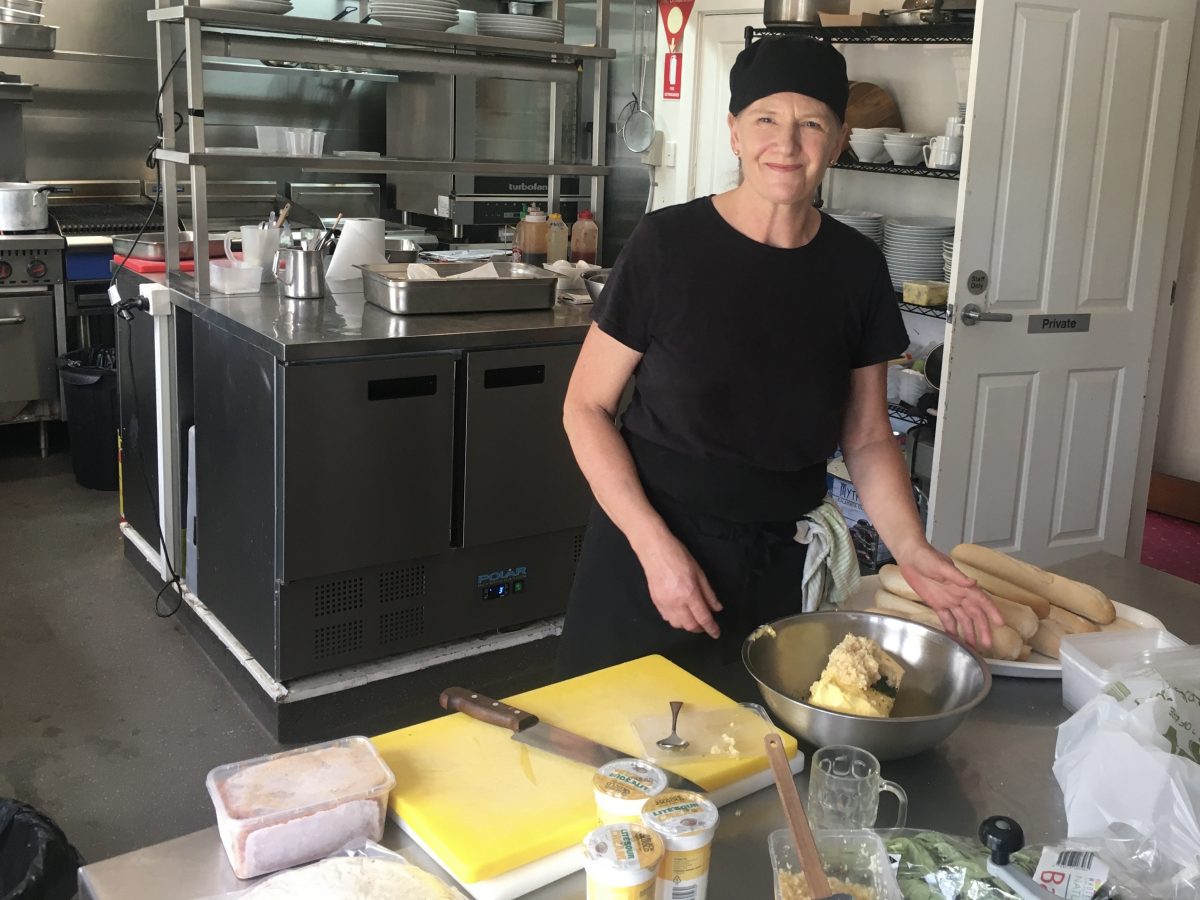 With a fully-equipped commercial kitchen, and a team of junior kitchen hands, head chef Marcia Branson enjoys being back in her hometown, after extensive experience in Sydney, Perth and nine years in Melbourne’s central business district. Photo: John Thistleton.

“People I went to school with and the old-timers remember my father who drank here a lot way back in the day when Stu’s mum and dad were the publicans,” Marcia said. “So it’s a generational thing which has made me feel right at home. I just get such great feedback from people loving the food,” she said. Her specialty is steak.

Marcia and her junior kitchen hands fed more than 100 people on the first Easter of the new kitchen’s opening. Laggan has a population of about 350, but the pub has hosted events that can double and then triple that number coming into the village which was once a stopover for convicts building the Goulburn to Bathurst road.

For example, yabbie racing, an annual fundraiser for Crookwell soccer clubs, brings 500 people along and includes a fashions on the field contest. Even more popular are the annual pig races, held last year alongside a quick shearing competition. Both events will be held again in November.

Benefiting the philanthropic Upper Lachlan Foundation, the pig races event gives money-making opportunities like a cut of gate takings to the Laggan Progress Association, and hosting the barbecue to Crookwell Rugby League Club.

“We do food as well,” Stuart said. “There is enough for everyone.”

Aspiring musicians from surrounding towns are often performing at the pub, a sponsor of Crookwell’s battle of the bands. Goulburn band Loose Surface won the competition, which included a gig at Laggan Hotel. 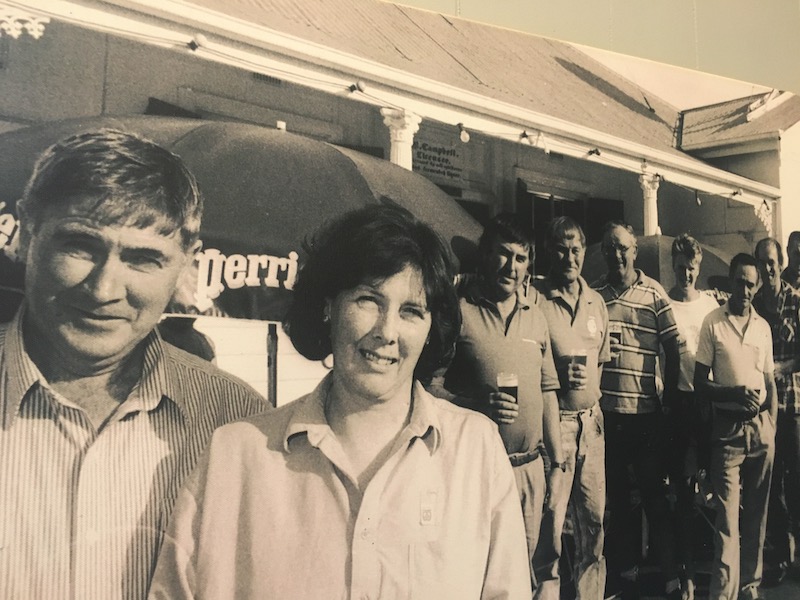 The pub’s biggest event in recent years was a hot rod auto show. “They’d park all through the village, on every corner, under trees and all out the back of the pub,” Stuart said. About 2000 people attended and 360 cars entered from Sydney, Canberra, Goulburn and the Central Coast.

“They said it was unique, most car shows are at a showground,” Stuart said. “Here we put on a band, food, beers and they love that sort of thing.”

Changing from a backroads stopover to a destination, Laggan is on more travellers’ radars thanks to its local hotel. 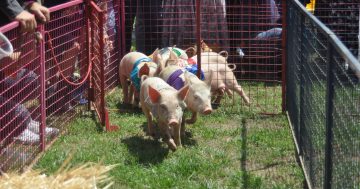