You Are Here 2012 program goes into the wild 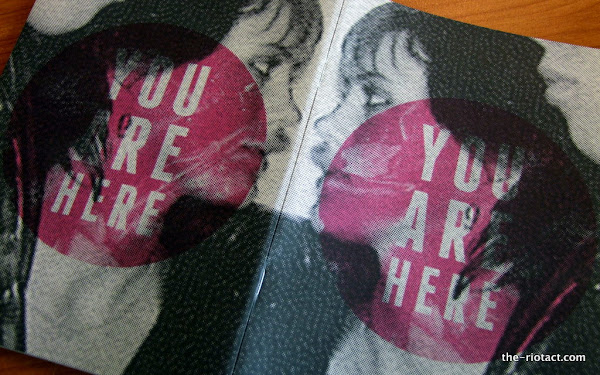 You Are Here launched their very pretty paper program last night in Smiths alternative bookshop and wine bar. You can now find it online.

Seriously go and check it out as there’s some big free fun to be had.

For mine the most important thing about this festival is that it’s the work of local imaginations.

Years ago I saw an Iranian teenager being interviewed on TV angrily announcing that he was a part of the modern world because he could by GAP jeans.

Even then I thought to myself “you’re really part of the world when you can design the jeans that everyone else wants to wear”.

Similarly I would scoff every year when Jon Stanhope would announce Canberra to be the most cultured city in Australia based on our movie attendance.

IMHO a place’s culture is measured by its outputs and not its consumption.

To quote Fight Club: “You are not your DVD collection”.

You Are Here on the other hand is a wellspring of local creativity. So even if, this year, you aren’t creating anything yourself it won’t hurt to go and appreciate what’s coming out of your own community.

Last night was about getting the beautiful paper program out to the world. Keep an eye out for it around town.

There was a dartboard (played with more gusto than skill) but the highlight after the speeches were the pinatas.

Eventually Allan Sko body slammed the seemingly invulnerable pinata and they dismembered it with their hands.

Here’s a collage of the shameful business. 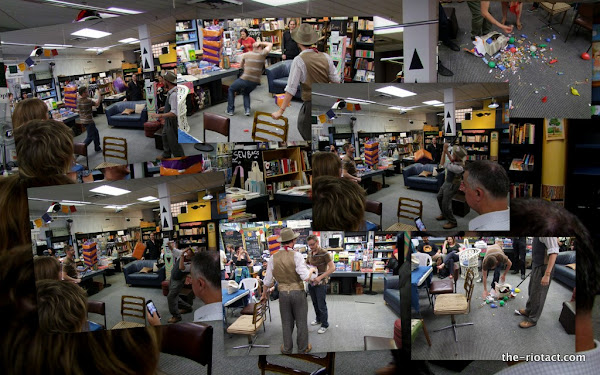 Modesty forbids me from mentioning how Pinata No 2 fared at hands of a potent website editor.

You Are Here kicks off on 8 March. Don’t be shy!

Aye, apologies, but it seems anyone trying to view our website on Internet Explorer 6 or 7, usually on a PC gets a mangled version. We’re working on getting it fixed as soon as possible!

The website now also has a downloadable .pdf of the program, or you can grab one at Smith’s bookstore! They’ll be heading out to places all over town early next week!

For those like me who cannot read the online version…

March 8, 2012 Horseface Ethel And Her Marvelous Pigs In Satin – A Cabaret Schmabaret
The Newsroom

March 12, 2012 Secret Gig That No One Knows About
The Newsroom

March 15, 2012 Debate: We Gotta Get Out Of This Place
Smiths Alternative Bookshop

March 15, 2012 Pub Theatre: Going To Hell In This Handy Basket
The Phoenix Bar

March 16, 2012 Hung Out To Dry
Gallery 4 Canberra Museum and Gallery

March 16, 2012 Touch of India
Petrie Plaza, Behind The Merry-Go-Round

March 16, 2012 So You Think You Can Hipster
Petrie Plaza, Behind The Merry-Go-Round

March 17, 2012 Scissors Paper Pen Panel – Where Do We Go From You Are Here?
Theatrette, Canberra Museum and Gallery

Brice Smith - 3 hours ago
Malcolm Snow is a conservative. Got nothing to do with Barr. View
Brice Smith - 3 hours ago
Good old conservative Malcolm Snow, strikes again. That’s the type of dumbassery we get from the Libs... View
Cary Elliot Johnson - 5 hours ago
Get out. And i was feeling positive about asking Mr Gentleman about getting a Batcave Interchange developed in Lanyon. Booooo... View
ACT Election 13

Jason Preston - 7 hours ago
Buying your vote with your kids View
Jesse Mahoney - 10 hours ago
Y'all are arguing with someone who likes Pauline Hanson. I wouldn't waste your energy View
John Hartley - 10 hours ago
Labour drunk on money till there is none left then tax go up there a joke and have and will be for a long time View
Lifestyle 8