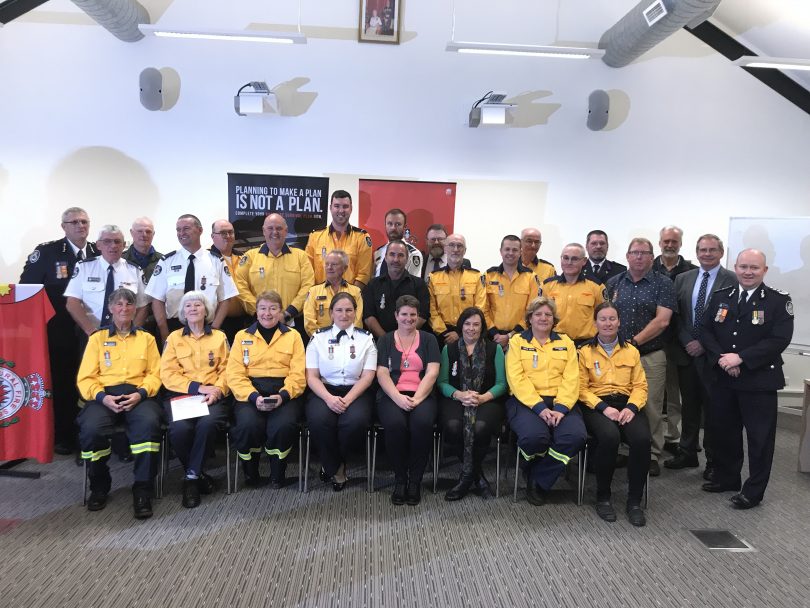 Where would we be without the NSW Rural Fire Service?

Ever at the ready for times of crisis, the RFS is a service that enables the continued security of our lives in rural areas.

Last week, more than 490 years of volunteer service to the RFS was recognised in the Lake George Zone.

“These members do not volunteer their time for the accolades, however these medals are a proud acknowledgement of the commitment shown by these individuals over the years,” Commissioner Fitzsimmons said.

“I personally extend my gratitude to all of our dedicated firefighters for their continued service to and for the community.” 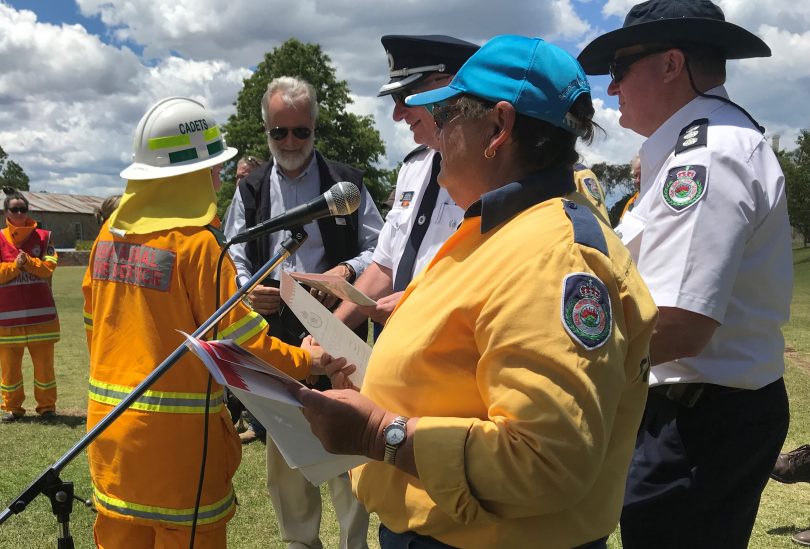 “Chris has been a dedicated volunteer member of the NSW RFS for 43 years after joining Bombay Brigade in 1975,” he said.

She recently joined the Lake George Support Unit after a time with the Palerang Communications unit in 2015.

“Today Chris continues to be a valued member of the Bombay Brigade attending fires and other emergency incidents and also coordinates the running of the Braidwood cadets, just some of the many roles she currently undertakes.”

Commissioner Fitzsimmons also acknowledged the contribution of John Rolfe, who received the first and second Clasp of his National Medal in recognition of his 44 years of service to the community.

“John has been a diligent member of the NSW RFS for an exceptional period of time for which we are truly grateful,” Commissioner Fitzsimmons said.

“He has been a member since 1975 and continues to provide leadership and expertise to his brigade.”

Commissioner Fitzsimmons said that each volunteer being recognised had demonstrated an exceptional level of commitment to their community. 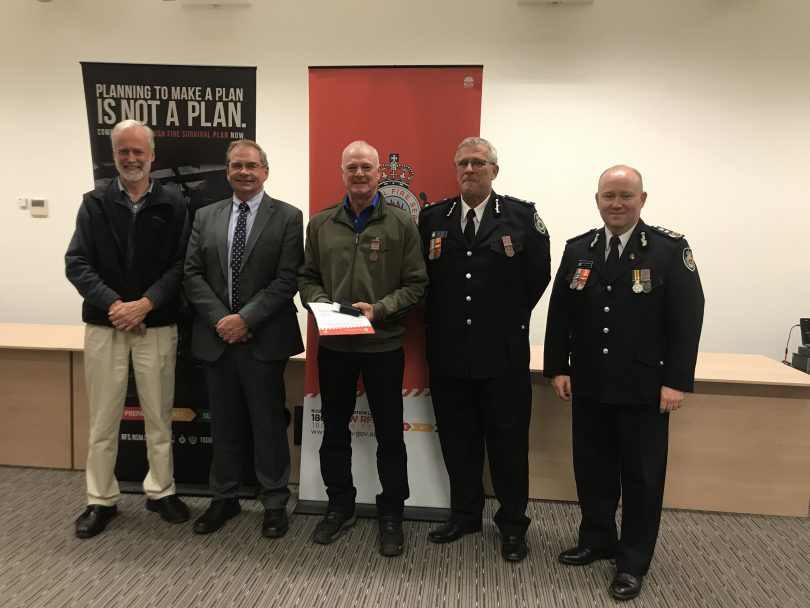 “I offer my sincere thanks and gratitude to all the NSW RFS staff and volunteers who continue to work hard for their communities,” Commissioner Fitzsimmons said.

“We must also thank the family, friends, employers and colleagues of these and all volunteers. We know it takes their support and patience to help Rural Fire Service members do what they do.” 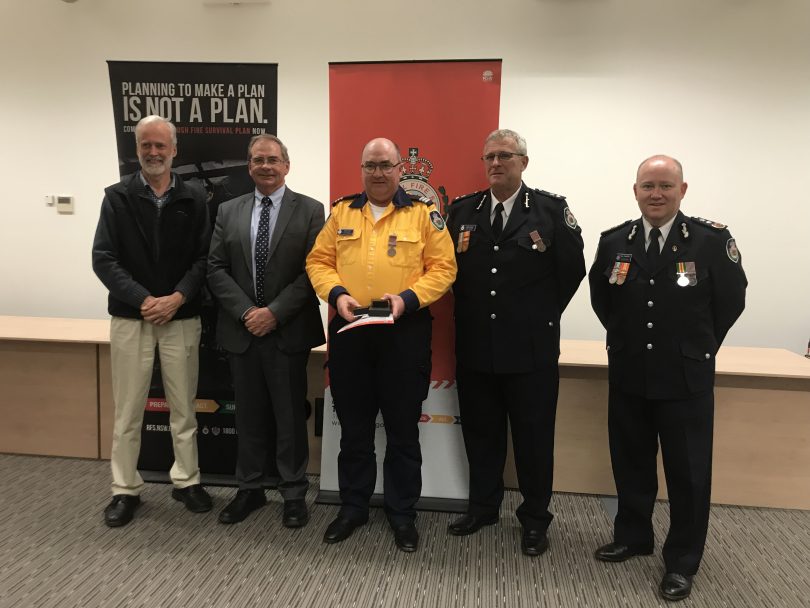 Tina Maree Williams - 17 minutes ago
My other half and I saw the writing on the wall when the eyesore of Whitlam increasingly impinged on our view driving down Wi... View
Demi Naylor - 8 hours ago
Well.. you know.. f they can afford a house or find one suitable to rent.. View
Julie Macklin - 8 hours ago
Marc Edwards That can made it worse for public transport. It's okay for those living nearby, but for people in other parts of... View
Opinion 65

@The_RiotACT @The_RiotACT
The Canberra Hospital Expansion project start is within sight. Will it deliver the goods, and on time? https://t.co/VlDl3D7QxQ (43 minutes ago)