A Canberra without poverty 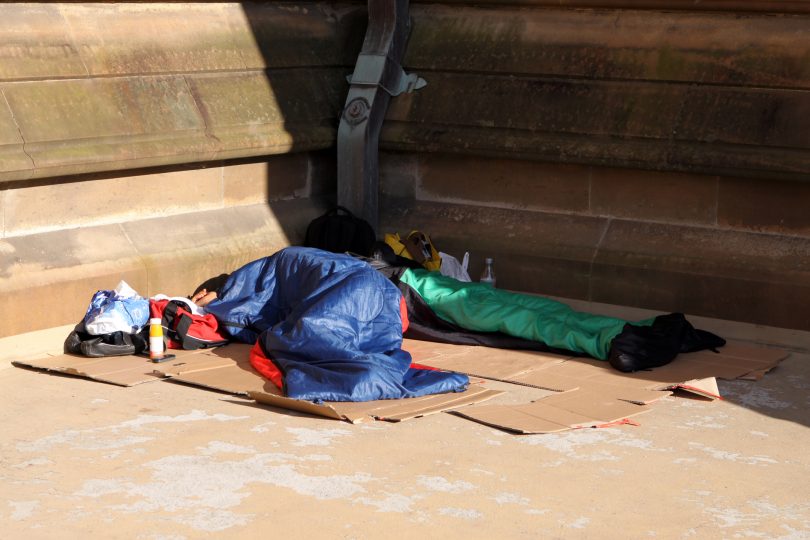 We live in an affluent city. We have some of the highest incomes in Australia (and the world), we have low levels of unemployment and high levels of educational attainment. Newspaper headlines regularly spruik the strength of Canberra’s economy and the strength of our housing market.

Affluence does not mean we are immune from the impacts of poverty. While this issue struggles to get the focus it deserves, we are slowing coming to realise that the benefits of living in this community are not equally shared. This has been a long process – it took until the late 1990s for our community to even acknowledge we had poverty in Canberra. The findings of the inquiry into the nature and extent of poverty that was commissioned by the then Carnell Government and conducted in partnership with ACT Council of Social Service (ACTCOSS) in 1999 and 2000 was a powerful wakeup call for government, community and business that action needed to be taken to ensure that everyone could access the benefits of this affluent city.

In the 17 years that have gone by since this first recognition, programs and initiatives have been introduced but the issue of poverty and disadvantage continues to be an alarming reality for groups in our community. In recent months we have heard that there was a 300% increase in demand for our safe shelter homelessness program this winter, community advocates are raising significant concerns about increasing utility costs and we are learning about an increased demand for our emergency relief services.

Today, around one in eight of Canberrans, or 28,600 people, are among the most disadvantaged 20 per cent Australians. As identified in the early days of inquiry, it is still the case that the experience of disadvantage can, in fact, be exacerbated by our very affluence, as high incomes drive the cost-of-living, a strong housing market creates significant housing stress for many, and the costs of essential services can be impossible to meet for those on low and fixed incomes.

As such, Canberra’s participation in the nationwide Anti-Poverty Week in a year where the issue of ‘hidden poverty’ is the theme, is particularly important. This week of activities and events is designed to strengthen our community’s understanding of the issue and impacts and encourage discussion, research, and solutions to deal with this seemingly intractable issue.

From 15 to 21 October, there will be a wide range of events and activities to get involved in. These are opportunities to increase your understanding of the issue, and support organisations that are working to reduce poverty and disadvantage.

The kick-off event will occur at Marymead’s Fete on Saturday 14 October where the Brumbies will join with OzHarvest Canberra to cook budget meals from 10:30 am. On Tuesday, ACTCOSS will host a trivia night at the Phoenix with Chris Endrey, where participants will be tested on their knowledge about some of the lesser-known aspects of our city, the Territory and diverse community. On Wednesday morning, YWCA Canberra will host a breakfast with a number of ACT Director Generals who will explore the issue of hidden poverty and what it means for our community services, education, and health systems. Other events include a Australian Redcross and ACT Legal Aid event regarding the impact of poverty on migrants, a writing competition for school students ‘pens against poverty’ conducted by Anglicare NSW South, NSW West and the ACT and a documentary screening of the issue of older women and homelessness, hosted by OWLS (older women lost in housing).

While it’s easy to judge those who are struggling, my experience of working in the local community sector has been that it is the difference between luck (or lack of it), an illness or injury, trauma and damaging experience are the key differentiator between any of us experiencing poverty and disadvantage. I have also found that understanding and awareness is a good first step to playing our part to responding to this community issue.

I believe that if we commit, and work together on a long-term basis, we can eradicate poverty in Canberra. Getting involved in Anti-Poverty Week is a great way to start. What do you think?

Find out more about Anti-Poverty week and how to get involved in events via the website or via Facebook.

Good Article Rebecca. I used to be a rusted on Labor voter (who went to Greens after the school closures). But I can’t believe what those two parties have done to hurt the poor and also the working poor in Canberra. Particularly in the outer suburbs.

The increases in the various Government rates and charges (as well as related charge increases due to Government policy such as Water, Gas & Electricity) makes it very difficult for the Cleaners, blue collar workers, nurses and retail workers etc across Canberra to survive. It’s no wonder Kambah was named the most mortgaged stressed suburb in all of Australia and had such a high rate of foreclosures.

The ACT Government has continued to take increased taxes and charges right across all parts of Canberra to fund pet projects in key areas and for extra inner city adventures and services. Many of these additional charges are not means tested and hit poorer people proportionally harder the richer Canberrans.

Add these household costs increases to a reduction in the outer suburbs of ACT Government services, School closures, low police funding, decrease in Social projects and a lack of infrastructure investment (particularly in the South) and you can see the root cause of these issues you mention.

Time for the ACT Government to address the underlying issues for the poorest 20% of Canberra residents, not just throw a few carrots to the poorest 2% and publicise what you are doing for the poor.

Phil Smith - 49 minutes ago
They can’t keep up with it in a drought haha drive up Kingsford Smith any day any year it’s over grown The foot paths are... View
Anne O'Hara - 5 hours ago
Dave Fuller and will 😡 View
Anne O'Hara - 5 hours ago
Wasn't an issue until self-government. Mismanagement of basic Canberra services has been an ongoing battle. We are required t... View
News 77

Ned Turnbull - 1 hour ago
Jorge Gatica Well you obviously don’t know that driving a garbage truck requires over 5000 movements a day on the right arm View
Steve Jones - 1 hour ago
These drivers sook over anything. They drive a rigid. They start after 530am. They are home every night with their families.... View
Jorge Gatica - 3 hours ago
Ned Turnbull a builders labourer works a lot harder than a truck driver driving around sitting on a chair and a Chippy has to... View
Community 4

ssek - 6 hours ago
Give it time and the greens will have all kinds of legislation around halloween to prevent children having fun. View
News 1

ssek - 6 hours ago
These marine parks are ridiculous. Stopping a few people with a rod and fishing line from catching a couple of fish does not... View
Opinion 5

Capital Retro - 8 hours ago
I don't agree with a few of your claims. I am a senior person and at no time in my life have I ever heard of house ownership... View
Motoring 10

oh_ - 8 hours ago
As much as the noise, disruption and burnout smoke is trying for nearby residents, it does bring money and something differen... View
Rob Thomas - 18 hours ago
Floriade? View
Tim White - 18 hours ago
David Perkins you do know that it created jobs and brought millions into our local economy and in some cases kept many small... View
News 7

Chris Hobbs - 10 hours ago
Will ACT residents benefit from 30% canopy cover by 2045 from a massive tree investment, yes! Will we need to remove some old... View
Alice Paris - 10 hours ago
I dont think you understand what is happening here Chris. The Greens and Labor are responsible for the removal of so many mat... View
Bill Gemmell - 11 hours ago
Alice Paris I think people need to talk to their MLAs and let them know how the feel about various issues. I certainly will b... View
Food & Wine 32

Tim Hutch - 23 hours ago
The best way not to give them your money is to do the speed limit. It's really not that hard. View
Food & Wine 21

ACT Policing has a blunt warning for e-scooter users: be an idiot and you will face the consequences. With e-scooters...
News 77

Leadfoot drivers beware - the ACT's speed detection net is about to be widened with the addition of two new...
Motoring 10

Love it or hate it, Summernats is usually big business for the territory. At a quiet time in the nation’s...
News 10

It has been one month since a young man died during a brawl involving a group of at least a...
*Results are based on activity within last 7 days

Leadfoot drivers beware - the ACT's speed detection net is about to be widened with the addition of two new...
News 77

ACT Policing has a blunt warning for e-scooter users: be an idiot and you will face the consequences. With e-scooters...
News 32

In a major coup for the ACT, Manuka Oval will host two limited overs internationals between Australia and India in...
Opinion 48

A few years ago, a couple in my social circle split up. They had been together for years, becoming a...
News 26

Time to raise Newstart and reduce poverty in our community

ACT poverty rates show up at the petrol pump

@The_RiotACT @The_RiotACT
Striving for the best answer rather than the easy one drives the success of Canberra's DNA Architects https://t.co/dPfsnakj4z (3 hours ago)