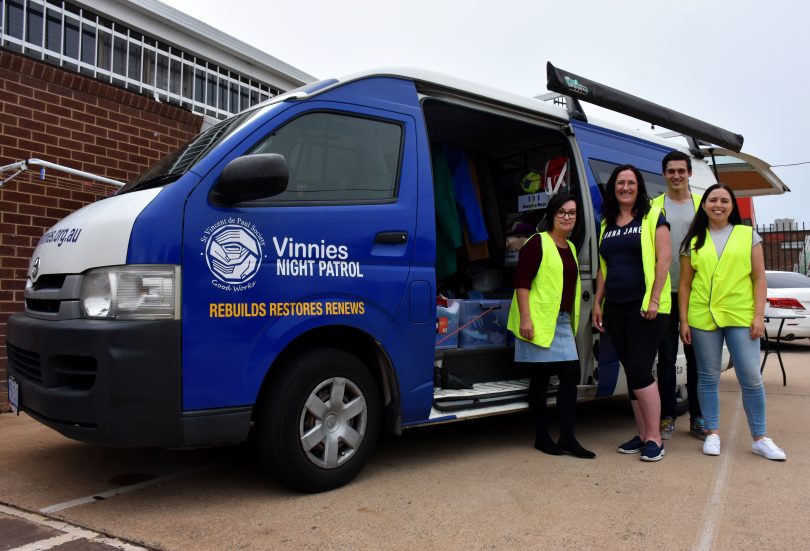 A chance encounter with a Vinnies Night Patrol volunteer helped get Wayne off the streets. Photo: Vinnies.

Wayne Capper found himself in dire straits, left with no other option than to camp in a tent in Canberra’s cold winter, or spend nights in his car with his two young children.

That was until he was handed the number of somebody who volunteered for Vinnies.

Mr Capper explained that he feared for himself and his children as it seemed no government service providers were willing or able to lend a hand to them in their time of need.

He said that after applying for social housing, he also needed to get into emergency short-term housing as they were set to be forcibly removed from their current home, but he couldn’t access emergency housing for single men with children.

His children had previously lived with Mr Capper’s ex-partner, but when she lost her long-term job due to COVID-19, it was decided he take primary custody.

But there was little light on the horizon as multiple doors were slammed in Wayne’s face. He describes the mental toll of sleeping in a tent or a car with two kids as absolutely brutal.

“We would wake up every morning without any clue where we would sleep that evening or where food would come from. Occasionally we would spend a couple of nights in friends’ lounge rooms, but eventually, we’d have to move on,” he said.

“While the kids thought it was a bit of an adventure, it was really stressful and just not suitable for them at all.”

They also had to put all of their belongings, including the children’s toys, in storage and kennel their pets.

For Mr Capper, being provided with a direct mobile number of a Vinnies volunteer got him what he and his children required. Vinnies were able to provide the family with temporary accommodation and organise meetings with various social support providers.

“They literally saved us. Without Vinnies, I don’t know where we would be, or if we would be here,” he said.

Mr Capper is calling for increased emergency accommodation provision for men with children as he says there’s currently little available.

According to Minister for Homelessness and Housing Services Rebecca Vassarotti, there are a number of needs-based services in the ACT that anyone can access through OneLink.

She also referred to Common Ground in Dickson, which the ACT Government is building to provide accommodation for people in need, including families and singles of any gender with children.

St Vincent de Paul Society Canberra/Goulburn CEO Barnie van Wyk says cases like Mr Capper’s are increasingly familiar because “the shortfall of almost 3000 public housing dwellings and the reduction of the COVID supplement are leaving many individuals and families struggling to cover their basic needs”.

“Providing emergency relief and homelessness services to temporary as well as long-term rough sleepers is at the core of what St Vincent de Paul Society provides to vulnerable members of the community,” he explained.

One of the programs run by Vinnies is the Street to Home initiative. Street to Home assisted over 200 outreach clients in the last financial year and provided case management to 41 clients.

Mr van Wyk also said that he, along with Vinnies members, are concerned about the wait times for families accessing public housing. He says that he has heard of people waiting months or even years before being in a permanent home.

Vinnies has long been an advocate for permanent housing solutions, and in its 2020 ACT Election Statement, asked the ACT Government to commit to the principles of housing as a human right.

The ACT government is culpable for expensive housing in the ACT. Government spending on support programs is treating the symptoms rather than the cause. People who are capable of building housing are prevented from doing so by planning and development policies. Recall there were 7000 applicants for the measly 100 blocks offered in the last Whitlam release.

Ask the government where the hundreds of social housing apartments have been built to replace those demolished. 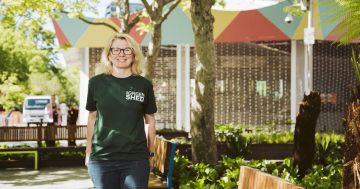