A look around Canberra – Kippax 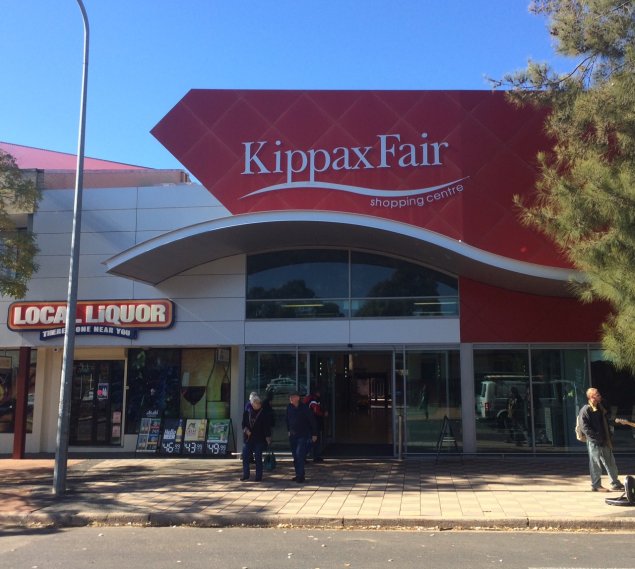 This week we’re exploring a place, rather than a suburb, just to mix things up a bit.

Kippax is an area in the Belconnen region which is located within the suburb of Holt. Most of Kippax is a comprised of a shopping mall (yep, you guessed it, Kippax Fair), but the name was also taken on board by the nearby Kippax Uniting Church and Kippax District Playing Fields. 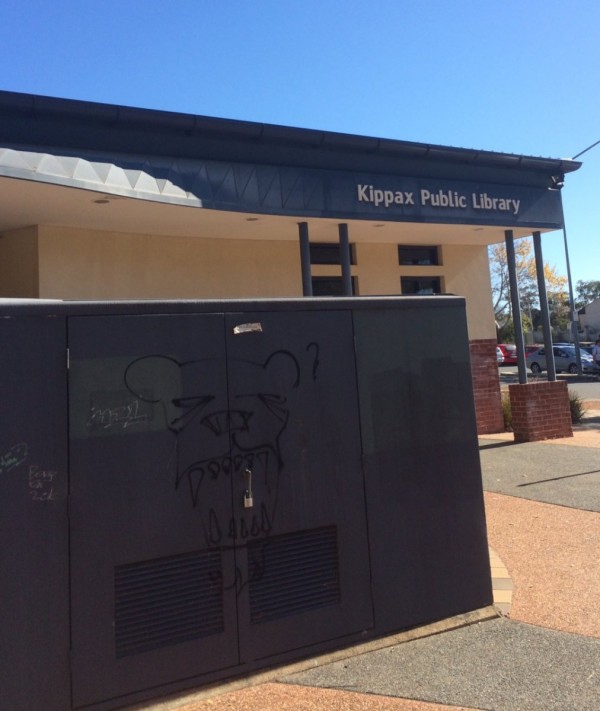 As for the shops specifically, there’s pretty much everything you need there in terms of basics like supermarkets, a pharmacy, banks, a library, a newsagent, a post office and a heap of restaurants and cafes. One person I spoke to mentioned a jeweller that made beautiful custom jewellery and provided traditional, old-fashioned jeweller services. They were unsure if the store was still around though, so if you know of this jeweller please let us know in the comments.

I’ve only been to Kippax a handful of times, once to pick up a takeaway McDonalds coffee, and more recently I had breakfast at Café Okrich (it was okay, a bit all over the place but the food was decent). I expected Kippax to be a lot busier than what it was, there was hardly anyone there on a Saturday morning. 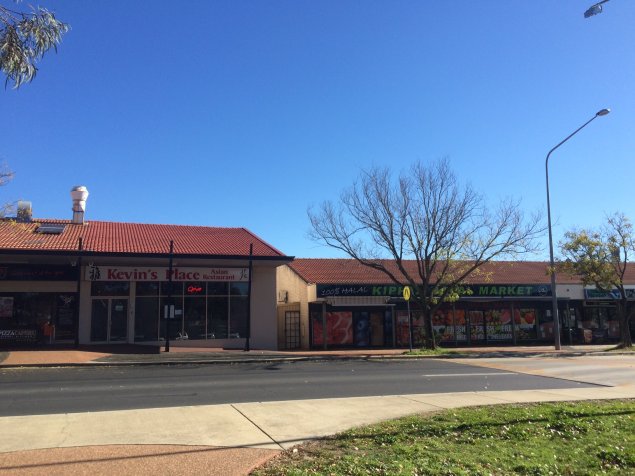 When I asked other Canberrans what they knew about Kippax, the majority told me it was a dodgy/scary/unsafe area, and 100 per cent referred to the recent jewellery store ram raid. That particular jeweller has been broken into three times in the last 12 months so they’ve got a tough gig at present.

However, the people that were around when I visited were extremely pleasant and friendly. I didn’t get a vibe of dodginess at all. As I said, a bit quiet, but that could possibly be attributed to it being a cold, cloudy morning and maybe people just wanted a sleep in.

Although not overwhelmingly present on the day, it seems that Kippax has a strong community vibe with its own dedicated Facebook page in which many positive suggestions have been made for how Kippax could be improved for the benefit of locals.

Some of the suggestions include the establishment of a skate park, pool, and perhaps a cinema, to provide entertainment and activities for teenagers, public BBQs for family use as well as a bike track and playground. It’s always great to see people putting in effort to make their community better, I really hope all (or at least some) of these suggestions come to fruition.

All in all, I think Kippax gets a bad rap. Sure, it’s not the fanciest place on earth and there’s a bit of crime from time to time but I don’t think it’s unsafe. A nice little suburban area away from the hustle and bustle of Belconnen and Civic with pleasant people. Sounds alright to me.

It also is home to the best butchery in Canberra, Elite Meats!

Kippax is a great part of Canberra. And I’ve always loved the fact that the Uniting Church & UnitingCare services decided to name themselves after the shopping centre

Kippax is my local shopping centre. Luckily I wasn’t present when the jewellery store was broken into, but I shop there every week (including getting groceries on my way home at night) and have never felt the slightest bit unsafe. It’s a very convenient place to have within walking distance.

The Kippax area is quite affordable AND close to main centres, it’s 5 mins to Belconnen and 15 mins to the city. So, affordable and convenient.

I haven’t spent enough time there to have much of an opinion on anything else, but really, with books and cake what else do you need??

The cake shop is just a cheap rip off of the Cheesecake Shop, nowhere near as nice.
As for being a scary place, there has been nigh on any bad activity since we moved to the area five years ago in comparison to a lot of other surrounding suburbs. I’ve been there all kinds of hours and never felt like I was in harm’s way. If the ram raid is their evidence for it being a dodgy place, it says a lot about Gungahlin then too.
There is only one bank now, thanks to CBA shutting up shop.
The place is great for general weekly shopping, meaning I don’t have to make the trek to Westfield regularly thank goodness. Having the two major competitors at opposite ends sucks though, meaning I either have to walk a long distance or move the car to get all the necessary items in one trip. Still, it beats doing the tour of the mall with all the crowds and you get fresh air as well.
If only the Kippax Halal Markets wasn’t shut, I’d not need to go to the Belco markets for fresh meat every week.

I haven’t spent enough time there to have much of an opinion on anything else, but really, with books and cake what else do you need??

Acton - 8 hours ago
Vaccine hesitancy is a rational response to perfidious government changes to vaccine eligibility as risks rise with each AZ v... View
Futureproof - 9 hours ago
I haven't been vaccinated. I want Pfizer but get told too bad so sad, get AZ. No, I want a choice and it ain't AZ... View
Courts & Crime 1