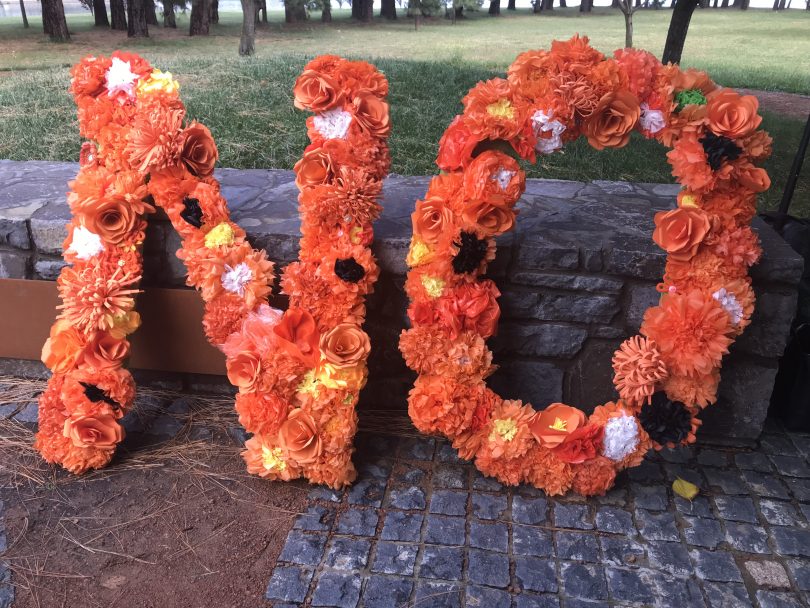 An unnamed woman in her 50s and her five-year-old grandson.

Helena, in her 30s, survived by her unborn baby.

In the early morning light still half-veiled by smoke haze, it was a sombre gathering at the Nara Peace Bell on Tuesday morning as a handful of Canberrans marked all the women who have lost their lives this year to domestic and family violence.

There are 52 of them in 2019, down a little from last year’s tally of 66. Opposition leader Alistair Coe rang the bell for the eight men who have died at the hands of their partner.

The bell tolled, too, for the dead children, and the disproportionate toll taken on Aboriginal women.

Canberra’s Zonta Club began the memorial event last year, following the lead of Canberra Rotary Club which rings the bell each year on Remembrance Day for victims of war.

“That’s not just about war but violence of any kind,” says Zonta’s Stephanie Goulstone. “It occurred to me that ringing the bell would be a powerful way to recognise the victims of the ongoing tragedy of domestic and family violence.

“We organised the event last year at very short notice, but it was very powerful. This year, we’ve moved it to early morning and I think that’s made it all the more poignant because none of these women will see another morning, another day”. 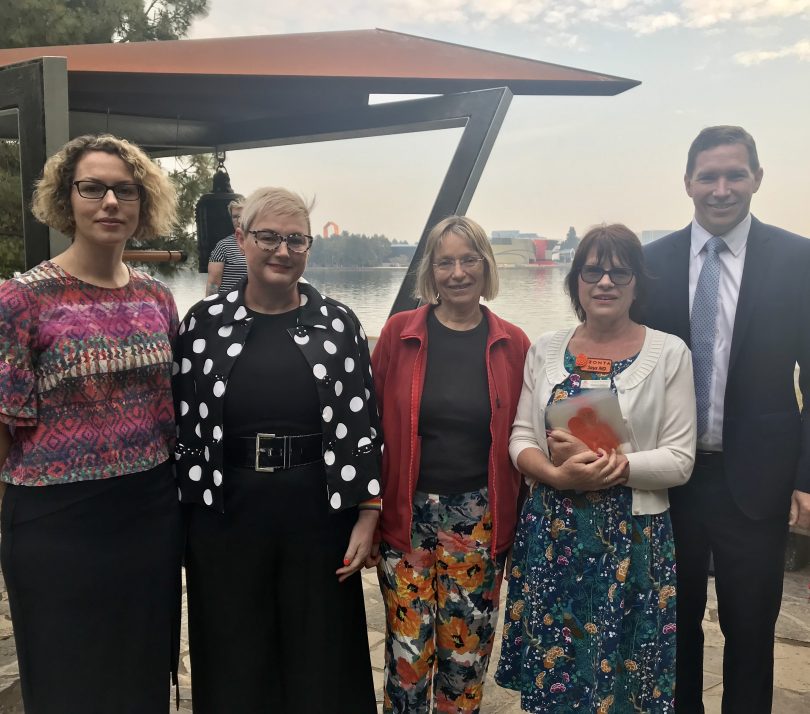 A garland of orange flowers shaped the word NO, the colour a reminder of the fifth UN sustainable development goal of equality. December 10 also marks the conclusion of 16 Days of Activism against Gender-Based Violence, under the theme, ‘Orange the World: Generation Equality Stands against Rape!’

“We are trying to empower woman and encourage them to know that even if in abusive relationships, there are always ways out,” Ms Goulstone said.

“It’s not always about physical violence but forms of control and abuse like withholding finances. Many women say they love their partners but they just want the violence to stop. 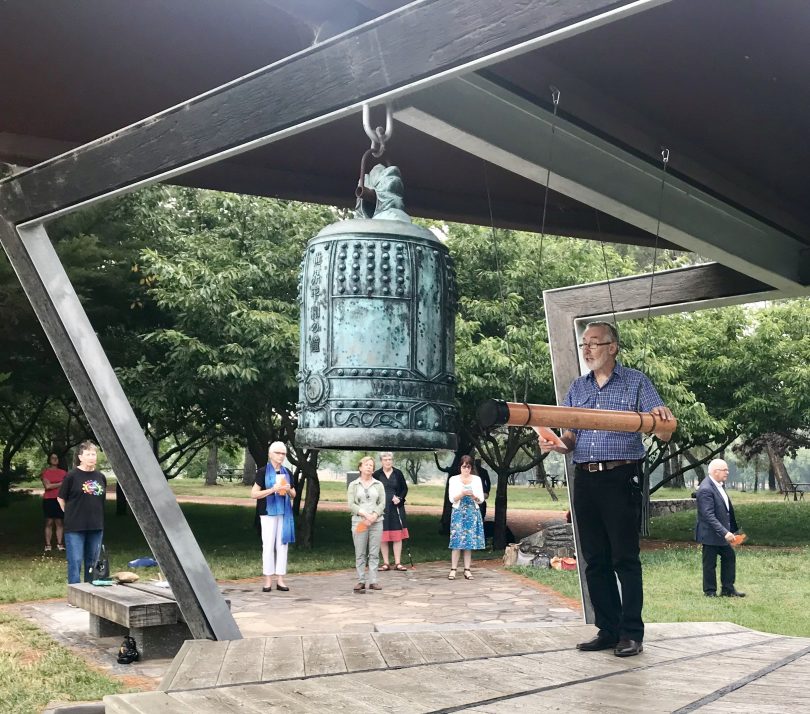 The bell rings once for each of the 52 women victims and eight men who died at their partners’ hands, and for the children.

“The Domestic Violence Crisis Service here in Canberra does outstanding work in helping women with how to stop violence, get help and stay safe.

“We know, for example, that the violence is often worst when a restraining order comes into force. More awareness, more understanding and more action are all needed.

“One day we’d like not to have to hold this ceremony at all.”

Support is also available through 1800RESPECT.

If you are concerned about your safety, or the safety of a loved one, call 000.

bj_ACT - 18 minutes ago
That’s a really interesting read A nony mous. We deserve to know more research and analysis. Many of the Oaks and Cedars of... View
A Nonny Mouse - 4 hours ago
The Local Government Association of South Australia commissioned an 'Independent Inquiry into Management of Trees on Public L... View
bj_ACT - 5 hours ago
I’d certainly like to see some peer reviewed stats on the tree falls in Canberra. I noticed on radio last week the TCCS exe... View
News 10

@the_riotact @The_RiotACT
ACT Senior Australian of the Year and 50-year volunteer with @stjohnaustralia Valmai Dempsey wants mandatory #first-aid training for learner #drivers. She says it's a no-brainer https://t.co/Xovhw0Ec3H (52 minutes ago)