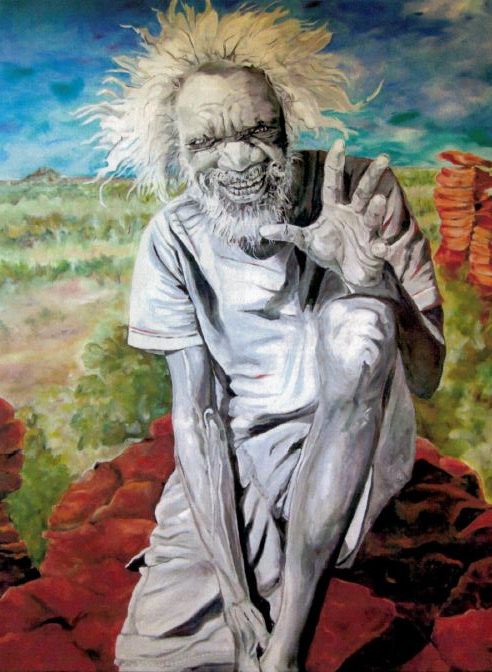 “So you want to know what I know?” portrait of Glen Namundga by Vickie McCredie.

A series of portraits spanning the length and breadth of the Yuin Nation are about to go on show and be auctioned, the end result will be a cross-cultural walkabout for Australia’s indigenous people centered on South East NSW.

The nineteen faces that smile, stare and sing from the canvases painted by Towamba artist Vickie McCreedie, take in territory that includes Wollongong, Wallaga Lake, Eden, and Delegate.

Vickie describes the build-up to this exhibition as an adventure that started in the remote Aboriginal community of Gunbalanya in Arnhem Land in 2016.

“I was really whelmed by the generosity, I saw a community that seemed to work and function, they welcomed the public, we had a look over their dreaming site, I had a great time,” Vickie remembers.

“I was on the buses all the time up there, I would get on the bus and people were speaking in language, I thought wow – this all just seems to work, and I had not experienced that before.”

During her visit, Vickie, who does not come from Aboriginal heritage, took a photo of one of Arnhem Land’s most respected artists, Glen Namundga. Despite never painting portraits before, upon her return to Towamba, west of Eden on the NSW Far South Coast, Vickie felt compelled to put Glen’s image on canvas.

“Look at his hand, he threw something at me and I caught it,” Vickie says.

Glen has given Vickie permission to enter his portrait in the rich Shirley Hannen National Portrait Prize later this year at the Bega Valley Regional Gallery.

However, a new artistic endeavour has been born out of this interaction, one that Vickie hopes will build connections and learnings between local Aboriginal people and communities like Gunbalanya in the Northern Territory.

“How wonderful it would be if young people from where I live had the opportunity to have an experience like the one I had at Gunbalanya, and one that also allowed a person from another community to come, visit, and learn here.”

The first of these modern day walkabouts or cross-cultural exchanges is underway with Pambula’s Nathan Lygon approved to spend time at Maningrida in the Northern Territory later this year. 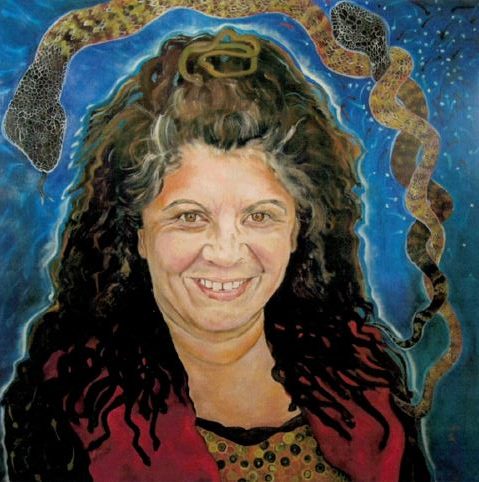 “Warren showed me his family’s fish traps at Mystery Bay. He chose the headland for the location of his portrait, it shows the warrior standing above the bay with the sacred island Baranguba just visible on the horizon,” Vickies says.

From Warren’s portrait, a series of others have followed capturing the diversity that lives within the Yuin Nation.

The way Vickie tells the story suggests a higher power at play, a series of serendipitous meetings where one person’s portrait leads to the next.

“I went to the Tilba Festival in 2016 to watch Warren’s dance troupe, and I met Merryn Apma.”

“The idea for the Yuin family portraits was forming; when she said yes to having her portrait painted and said – “I am having the exhibition’, the family began to come out of their hiding places,” Vickie says. 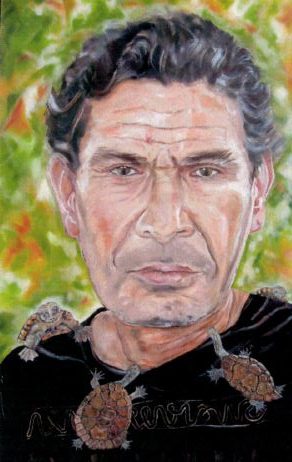 Glen Atkinson was one of the next to follow.

“Glen tried hard not to let me have his eyes, but somehow he acquiesced for a moment.”

“These subtle connections strengthened with each portrait I painted. Through each painting I was in communication with the person,” Vickie reflects.

“The softness of Glen’s generous heart is so obvious to me in the turtles who bound to him.

“The resilience, the toughness, and the strength are all shown in their shells.”

Vickie says when she showed Glen his portrait he did not speak and was deeply moved.

The presence of nature in each painting is significant, with each animal, fish, or flower representing the subject’s totem.

“Some of these people are unaware of their totem, and they have chosen a totem, something from the earth they feel very connected to.”

“Like Dougie Thompson from Delegate, he has a tattoo of an eagle but feels very connected to the echidna.

“His eagles express freedom, vision, and strength. The echidnas possess a quicky humour, maybe even spiky humour, perhaps the qualities of Dougie himself,” Vickie says. 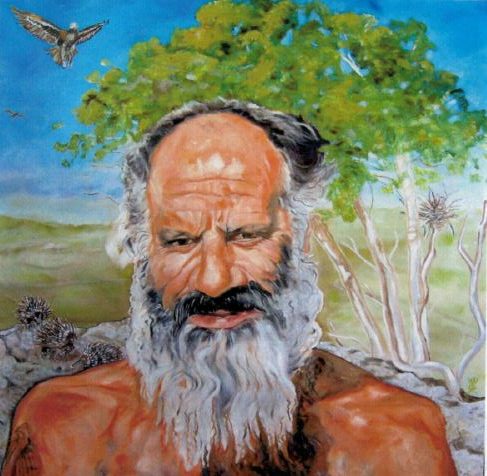 “The Quiet Man” portrait of Douglas Thompson by Vickie McCredie.

As the first person to head off on this modern walkabout, Nathan Lygon says he is going with an open mind and without too many plans, ready to see what comes from his time in the Northern Territory.

“It sounds like there is going to be an opportunity for me to work in the schools there, on some of their language and cultural programs,” Nathan says.

It’s an experience Nathan will bring back to his own indigenous teaching work in Bega Valley schools like Towamba Public.

“The principal out at Towamba has been a great support. Glenn Dinwoodie used to work in the school out at Maningrida, so he had connections, he’s put in a lot of work,” Nathan says.

With the support of the Mumbulla Foundation, the You’N Me Family Portraits exhibition opens on Saturday (March 24) at 4 pm and runs until April 6 at the Apma Creations Gallery on Corkhill Drive Central Tilba. The fundraising auction will start at 6:30 on Saturday night (March 24). 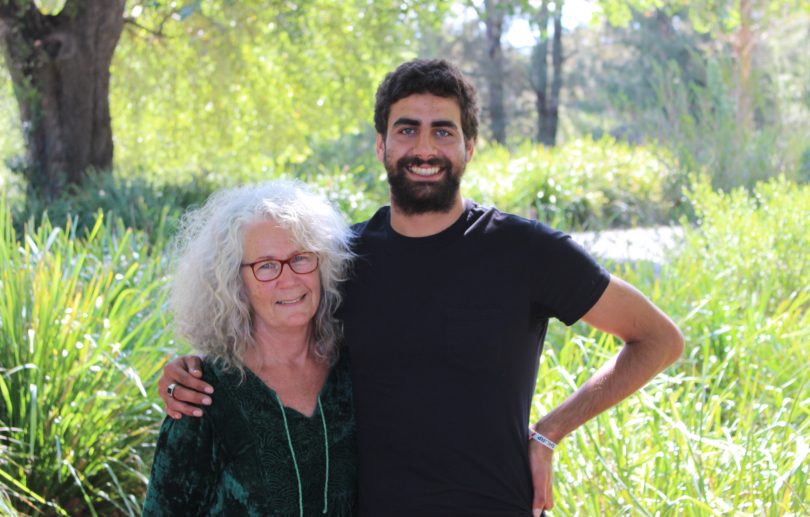 “I am someone who has lived many lives,” Vickie says.

“And Indigenous people have an aspect of reincarnation in their culture as well, these are not random connections for me, on some level I know each one of these people, they have reconnected with me whilst I am painting them.”

Vickie can’t wait to have all her subjects in the one room on opening night, to see what other connections will be rediscovered by the group.

At the very least, all are connected by the country they live on, each of the nineteen people has a different surname but are all living in the Yuin Nation, and family in that sense of being part of the one community.

For others, the portraits might challenge your perception of what an Aboriginal person looks like. These faces remind us of the different colours, history, and talent that exist in any race of people, a diversity that brings strength, joy, and pride.