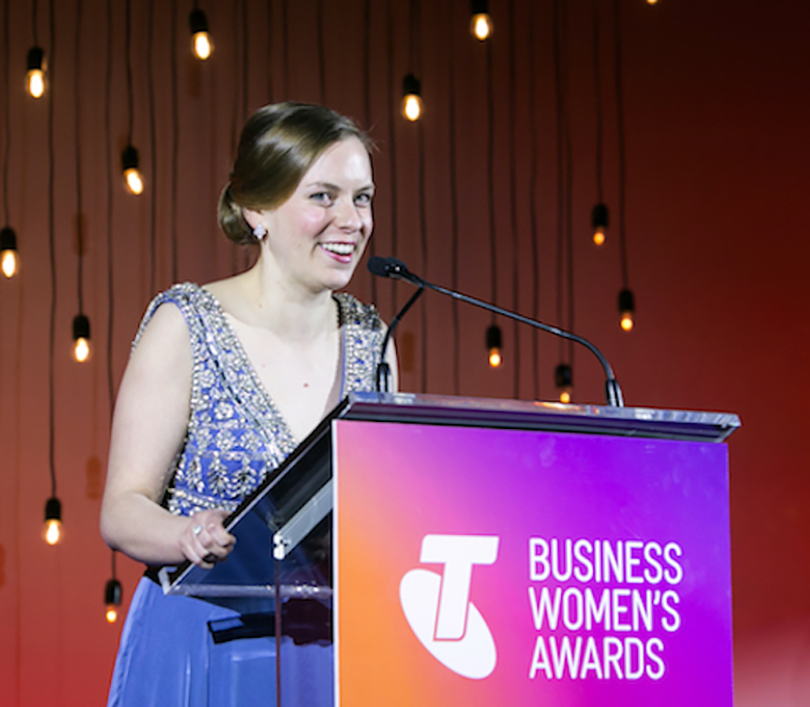 Among the glitz and glamour that greets you when you enter the beautiful National Gallery of Australia to attend the annual ACT 2017 Telstra Business Women’s Awards ceremony, is an air of anticipation and a vibrancy that is palpable. You will see many familiar faces participating too; after all, we are small enough to know each other, yet large enough to matter!

The Telstra Business Women’s Awards shine a light on women’s achievements as business leaders. It celebrates the positive results of inclusive business leadership throughout the community, such as organisational performance, increased competitive advantage at a micro-level and macro-level, and a thriving economy.

The evening was pure joy, largely due to the energy spread virally by the speakers of the night. We were even treated to an inspirational speech by Holly Ransom; chief executive of Emergent (twitter handle: @HollyRansom), who shared with us some of the most common questions she faces when she talks to children. The take-home from that was that we ‘must never lose our unbridled curiosity’! Holly’s twitter account boasts “big ideas + bold ambition”, and it seems clear that she walks the talk! She left the audience in the room pondering over the adage: “You are the sum of the five people you mostly hang out with,” and I couldn’t agree with her more.

Then came more inspiration; the moment we had all been waiting for. The nominees from each category were introduced and they were all very impressive. The categories were:

Among the finalists were Mary-Anne Apps; a former classroom teacher who created the Apps Learning Centre to provide fun, multi-sensory, one-on-one tuition for young people with learning and behavioural difficulties. Another finalist; Lieutenant Commander Susan Harris, helps provide a strategic defence of the nation and is the first female to take the prestigious position of Submarine Second-in-Command. In the public service arena, the Director of the Department of Finance, Catherine Walsh, was another finalist directly responsible for government policy and expenditure decisions that affect every Australian in the country. In one of the most male-dominated industries, we saw Lisa Dart on a mission to bring greater diversity in the capacity of her position as ACT Chapter President of the National Association for Women in Construction. It was an impressive array of leaders in business.

This year marks the 23rd year of these awards celebrating the achievements of extraordinary women. Telstra Business Awards Ambassador, Joe Pollard, who is also the Group Executive and Chief Marketing Officer of the Telstra group, said “The ACT finalists are exceptional women who deserve to be celebrated. The 2017 finalists have followed very different paths to business success, but they have all shown determination, innovative thinking and exceptional leadership in our community”.

Our local finalists were indeed a testament to Ms. Pollard’s statement. The winners for each of the categories were announced as follows:

Then, with a dramatic drum roll, the extraordinary winner of two previous category awards took out the top spot in 2017 in her third award of the evening: Elise Appoloni, a partner in Capital Chemist Wanniassa, became the 2017 Telstra Australian Capital Territory Business Woman of the Year.

Among the attendees was Roger Tall. Decades ago, Roger was invited to go into a partnership to open the Wanniassa Chemist shop, effectively kick-starting the Capital Chemist Group. Roger was beaming with pride as Elise took the stand. “You know, I hired Elise when she was just fourteen”, he told me: and look at her today!

According to Joe Pollard, “As an industry leader, Ms. Apolonni’s passion helps her make a real difference within her community, showing innovative spirit when faced with challenges. Her professional development outside of the pharmacy, such as volunteering for Lifeline Canberra, is highly commendable.”

When we heard from Elise herself for the third time of the evening, her passion, commitment, and caring attitude shone through. I think the judges made the right call, though it must have been a most difficult task. Elise is clearly a worthy recipient of this prestigious award.

State and Territory winners will be flown to Melbourne for the judging of the national awards, culminating in a gala dinner on the night of Tuesday 21 November.

Nominations for the Telstra Business Women’s Awards are open year-round. If you or a brilliant business woman you know deserves recognition, nominate today: telstrabusinesswomensawards.com/nominate.

TimboinOz - 28 minutes ago
Dear Zoya, Australian music - for me - encompasses all the classical performers, as well. So, why not, for you?!... View
Lifestyle 4

TimboinOz - 32 minutes ago
Good information on this issue has been around for at least two decades to my memory. As a former infantryman and an ongoing... View
Food & Wine 4

Nick Swain - 35 minutes ago
This is a challenge to the Fyshwick Markets and their new owners! View
News 201

Adam Best - 37 minutes ago
Josh Anderson We still have demerit points, champ....... View
Adam Best - 38 minutes ago
Steven Miller well yes, actually. If it's a financial penalty for a crime, then that financial pain should be equal for the e... View
Jess Thomas - 2 hours ago
David Deb Cossart that's the thing: people who can afford the fine can afford to speed. Changing this would mean that no-one... View
Food & Wine 1

@the_riotact @The_RiotACT
#Tumbarumba's saddled up for its social event of the year this Saturday 29 January. #Turfclub president John McIntyre says the Tumba Cup's set to be one of the best as #families get together after COVID lockdowns https://t.co/U3sL5ZTdwY (47 minutes ago)