ACT cashes in on record number of international visitors 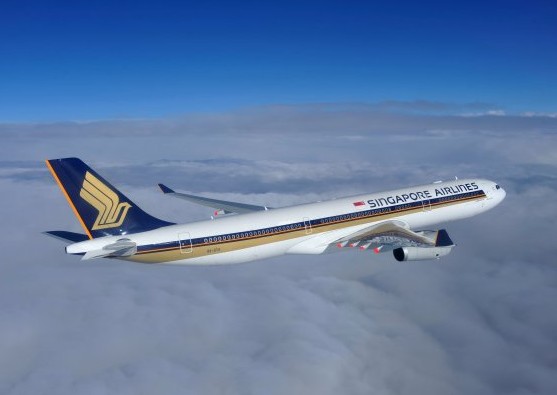 Singapore Airlines’ move to daily flights from May as well as the commencement of Qatar Airways’ flights earlier this year are a signal of international confidence in the destination, Chief Minister Andrew Barr says.

The ACT is attracting more international visitors, and they are staying longer and spending more, according to the International Visitor Survey released on Friday (2 November) for the year ending June 2018.

The ACT Government said records were broken in these areas, with the number of international overnight visitors jumping to 248,914 representing a 12.4 per cent growth on June 2017 Tourism Research Australia figures, which was double the national average.

It said the Survey showed these visitors injected a record $647.4 million into the ACT economy – a growth of 20.9 per cent in the past 12 months.

Chief Minister Andrew Barr said the ACT’s international visitors stayed for another record total of 5,688,836 nights, up 24.1 per cent from the previous year and well ahead of the national growth rate of 1.4 per cent. The visitors were also staying longer, averaging 22.9 nights. 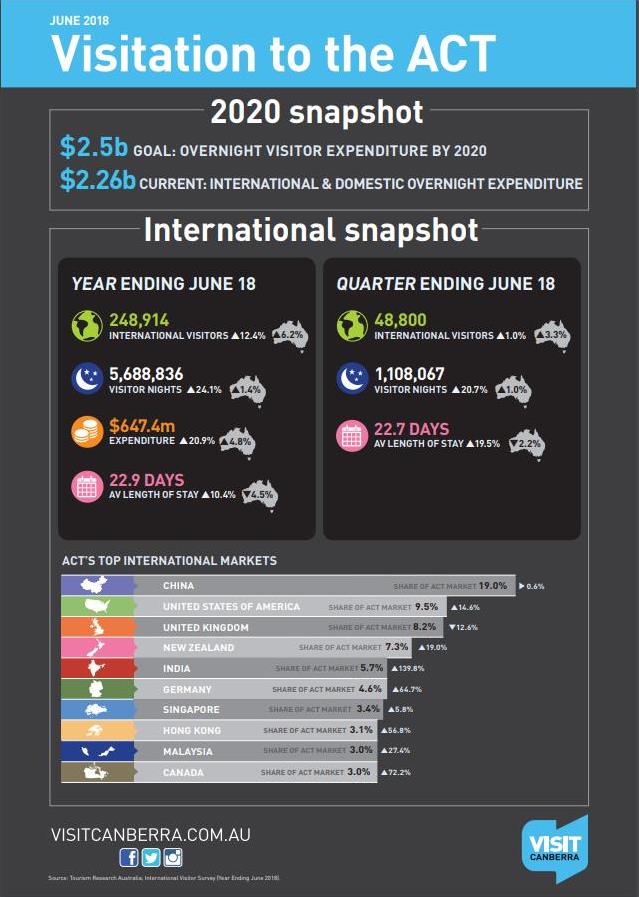 China remains Canberra’s largest source market at 19.0 per cent of international visitors followed by the United States of America (9.5 per cent), the United Kingdom (8.2 per cent), New Zealand (7.3 per cent) and India (5.7 per cent).

“Singapore Airlines’ move to daily flights from May as well as the commencement of Qatar Airways’ flights earlier this year are a signal of international confidence in the destination.

“The ACT Government continues to work towards its goal of growing the ACT’s overnight visitor expenditure to $2.5 billion by 2020.”

Not so sure about the two airlines above being a major contributor to the increase especially when one looks at who it is that is coming here.

Of the twin Singapore airlines at least is making some effort.

But Qatar the ONLY reason they bother to fly here is to get the extra rights into Sydney. That was only available to them if they serviced a secondary market on the same flight. So Canberra is a cheap enough destination to fly to even if the plane is empty.

Well, good luck to the people who are benefiting from this bonanza.

It’s a bit disingenuous to say the ACT economy is sharing this income because clearly, it is confined to the people who are in the accommodation sector and most of the profits would not be staying in the Territory despite the government spending money from all ratepayers to promote itself.

How about something like a bed tax Mr Barr so we can claw something back?

Clare Hyden - 36 minutes ago
Mark Rogers ummm 20,000 through the gate each day. View
James Kelly - 6 hours ago
Health minister impressed… bro I got covid there View
Mark Rogers - 7 hours ago
The event organisers clearly stated it was not limited to 20,000 a day. It was 80,000 overall. So some percentage of that was... View
Opinion 375