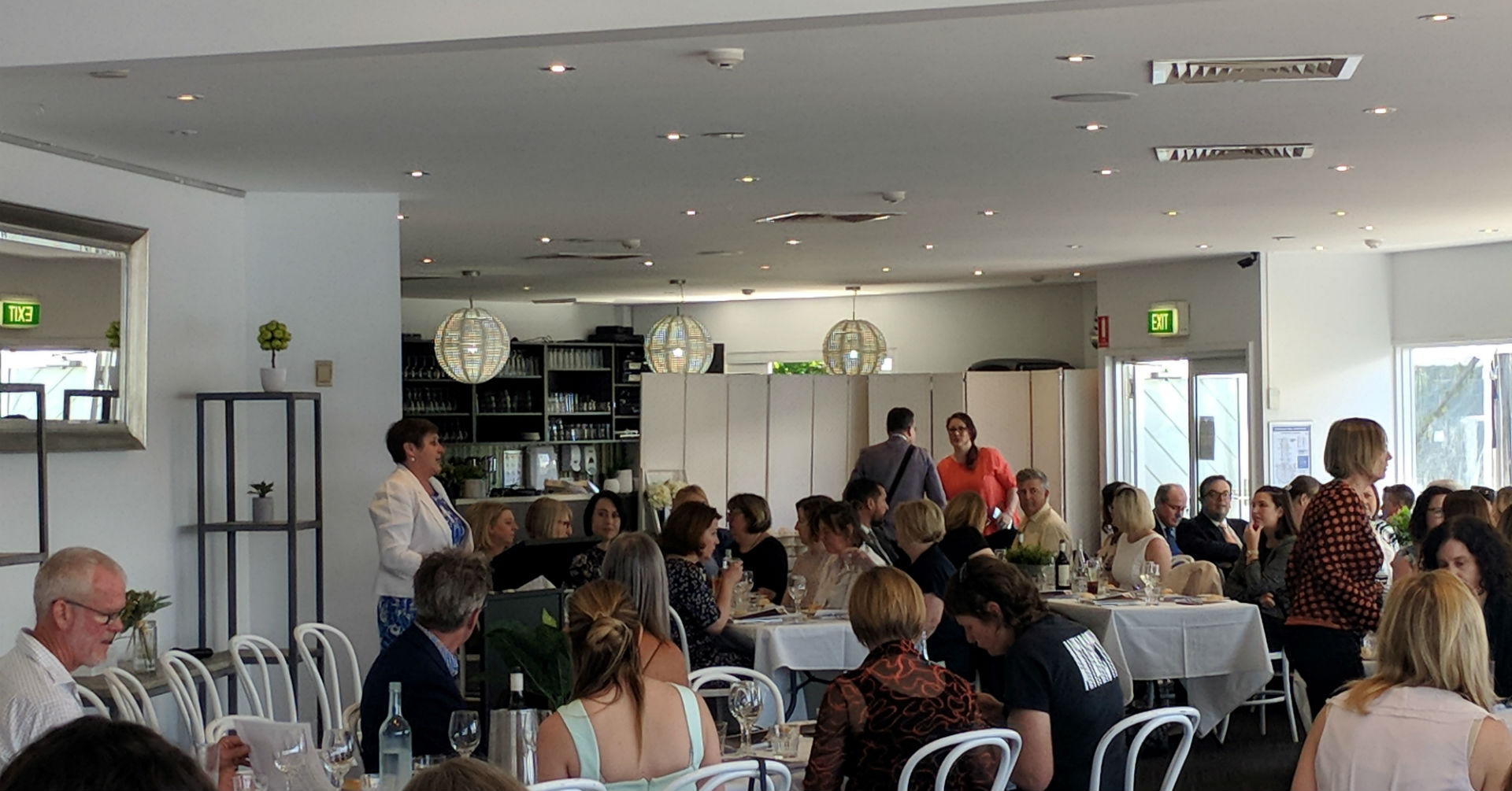 Marcia Williams, CEO at Women’s Centre for Health Matters, speaking at DVCS and DVPC lunch and panel forum for International Day of Elimination of Violence Against Women on Friday 24 November 2017.

Saturday 25 November marked the beginning of the annual 16 Days of Activism Against Gender-Based Violence, and the International Day for the Elimination of Violence Against Women. It’s also the day that the ACT began its participation in the national recognition of interstate Family Violence Orders.

Family Violence Orders (or FVO’s, which you may also know as DVOs or AVOs) are made by the ACT Magistrates Court to protect the safety of an applicant and/or their children. They can be issued after hours if needed to ensure safety or prevent damage to property, and there are no grounds or it is not practicable to arrest someone for a Family Violence offence.

Family violence recognised in Family Violence Orders can include:

The court can look at whether there is a pattern of behaviour from which the applicant needs protection. This means that behaviour that appears to be minor or a one-off when looked at in isolation can be considered in relation to other behaviour that forms a pattern.

One of the difficulties with FVOs is that they are issued by State and Territory courts. This has meant that families (often women with children) who cross state borders to find safety and support have had difficulty enforcing them.

Recognition of orders across all Australian jurisdictions means that vulnerable people do not have to seek new orders from courts when they move, reliving the trauma and going through more time-consuming, and sometimes costly, legal processes when they are trying to establish a safe home for their family.

John Hinchey, ACT Victims of Crime Commissioner, told ABC’s Adrienne Francis that “it will be simpler for [victims] because they will only need to do something once and then there is an obligation on other jurisdictions to ensure that any breach of that order is applied to that person.”

But prevention is better than cure. If we can end violence against women, orders to prevent ongoing attempts to hurt them will no longer be needed. As a community, we could do better at understanding what violence is, and that children can experience trauma as a result of violence in the home even if they don’t personally witness it. We can also do better at knowing where to draw the line, and how to have respectful relationships where violence is never a factor.

If you have experienced family violence and want to talk to someone about it, you can contact: