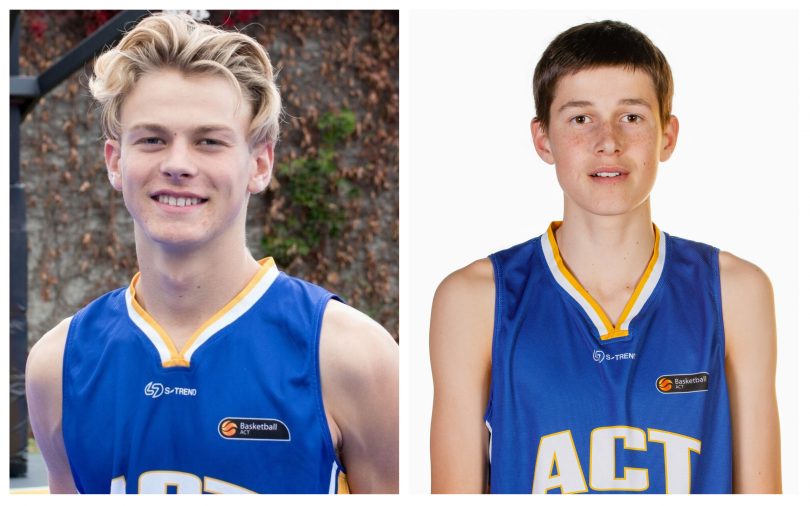 Matthew will suit up alongside fellow ACT junior, Alex Toohey, as the pair take part in the intensive four-day camp to be held at the AIS.

Matthew, who has been training with the Basketball Australia’s Centre of Excellence squad says he’s looking forward to the experience.

“I’m very excited to be able to test my abilities against kids my age at the Australian level, not just ACT,” Matthew said.

Beginning with an invitation to take part in the NBA Global Academy and the recent opportunity to play for the Illawarra Hawks in a preseason game, Matthew has gone from strength to strength this year.

Matthew says he’ll be looking to get as much experience as possible out of the four-day camp.

“This will be my first time at an actual Basketball Australia camp so it should be a good experience,” said Matthew. “I’ll be watching the best players in the age above just to see what they do and see if I can put it into my own game.”

Fellow junior Alex Toohey will be looking to Matthew for leadership and inspiration as he takes part in his first major development camp and says he was shocked to receive the invitation.

“I was not expecting to be invited to the camp but I had the thought in the back of my mind seeing the scouts in the crowd at Nationals,” Toohey said. “I am most looking forward to the camp just for the fact I get to show off what I’ve got and gain extra experience that I can utilise at Nationals as a top age.”

Toohey hopes the camp will provide a pathway for him to represent Australia and lay the platform for a successful college career, following in the footsteps of his older brother and former Gunner James Toohey.

The camp, which runs from September 22-25, will feature athletes from able-bodied programs and wheelchair basketball programs with Canberra talent Annabelle Lindsay also invited to take part in the camp but unable to attend due to her college commitments.

JS9 - 36 minutes ago
There has certainly been a distinct shift to chest beating since Dutton has become Minister. That is his style, and he won't... View
JS9 - 39 minutes ago
By strategically aligning in particular with the US at this time in the public 'look at me' way we have, we are lining up beh... View
Capital Retro - 1 hour ago
It's way too late for us to be bolstering up the economies of South Pacific island countries, JC: https://www.brookings.edu/a... View
News 2

Maya123 - 2 hours ago
I'm not 100% sure who you were answering. I don't think anyone would necessarily argue with what you wrote. I think the relat... View
JS9 - 3 hours ago
The most heartwrenching cases are for those towards the end of their careers with still lots to give, but not given a chance... View
JS9 - 3 hours ago
I always find comments like this amusing. That somehow the next generation is infinitely worse then previous generations - th... View
News 15

@The_RiotACT @The_RiotACT
Dance schools across the ACT are set to begin sharing important water safety messages online thanks to a new partnership between @READYSETDANCE_ and Kids Alive https://t.co/wOE8ncSt0z (43 minutes ago)