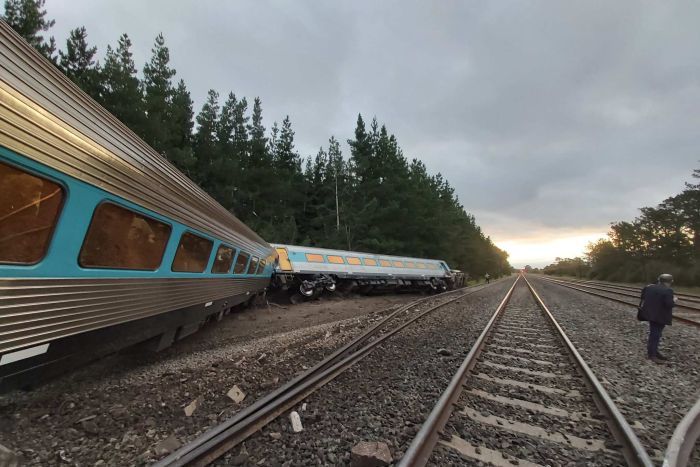 A 54-year-old train driver has been confirmed as one of the people killed in yesterday’s train derailment. Photo: Twitter (Rickard_Scott).

A 54-year-old ACT man has been confirmed as one of the people who died in a devastating train derailment north of Melbourne last night (20 February).

The male driver, and the female pilot, 49, from Castlemaine, Victoria, lost their lives after the XPT train and five carriages came off the tracks at around 8:00 pm on its way to Melbourne from Sydney. Their names have not yet been released.

According to authorities, there were 160 passengers and five crew on board and it was a miracle that more passengers were not killed after the train’s engine and the first carriage were tipped on their side.

V/Line – the regional public transport operator in Victoria – had reported some track faults in that section of line in the days leading up to the incident.

The 06:35 Albury to Southern Cross train is currently delayed by approximately 57 minutes due to a rail equipment fault at Wallan. pic.twitter.com/9lElItX9mo

An emergency triage area has been set up and 12 people have been transported to hospital with non-life threatening injuries, according to Victoria Police. 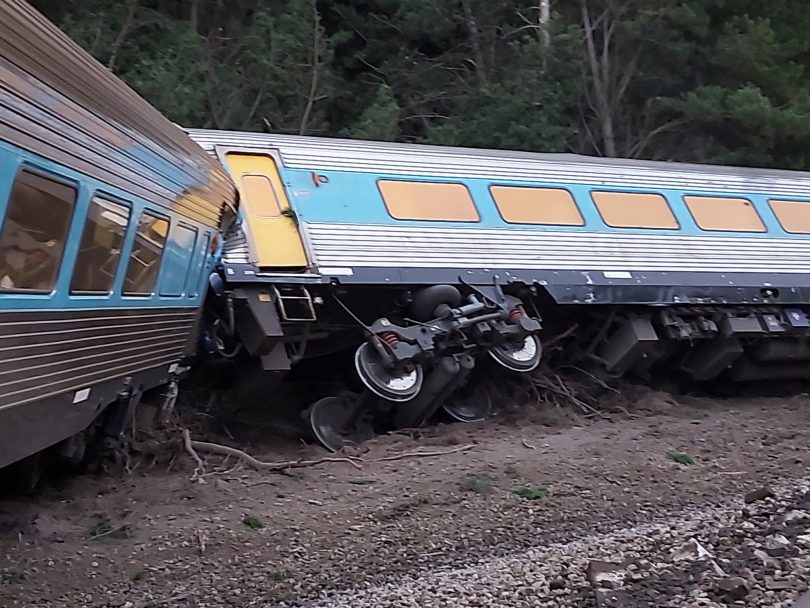 “Emergency services have finished searching the crash scene where a train derailed near Wallan last night,” Victoria Police said in a statement at 10:15 this morning.

“Police are confident that the scene has been cleared of all passengers and staff aboard the train. However, police are still working with the train company to confirm passenger numbers.”

Police say there are more than a dozen passengers unaccounted for. Police say they may have left the scene after the incident and made their way to a service station nearby.

The service is currently terminating at Albury for all south and northbound travellers. Transport NSW has arranged road coaches to transport passengers to and from Albury.

The Australian Transport Safety Bureau and the Office of the National Rail Safety Regulator will conduct a thorough investigation to establish the cause of the incident and a report for the coroner will be prepared.

Anyone who was on the train and has not spoken with emergency services, or who purchased a ticket but did not board the train, is asked to call Seymour Police Station on 03 5735 0200.