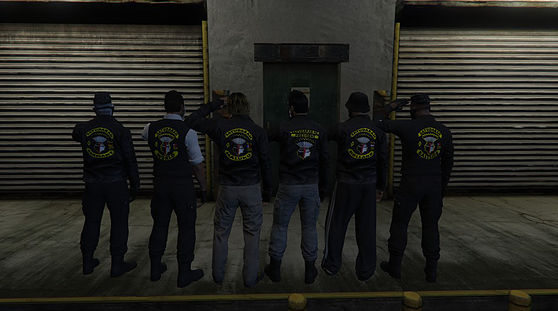 The Satudarah bikie gang has a reputation as one of the most violent and ruthless in the world. Photo: Facebook.

A 30-year-old man believed to be the ACT president of a notorious European bikie gang will face the ACT Magistrates Court today, charged with multiple serious offences.

Two weeks ago, police attended a residence in Oaks Estate following the report of a disturbance. The man, in company with co-offenders, allegedly entered the residence before assaulting the occupant and stealing a number of items.

The occupant was transported to hospital with serious injuries.

Around 1 pm yesterday (25 January), police arrested the man in Belconnen. He has been charged with aggravated robbery, inflict grievous bodily harm, make a demand with a threat to kill and attempting to pervert the course of justice.

Police believe the man is the president of the ACT chapter of one of Europe’s most dangerous bikie gangs, the Satudarah Outlaw Motorcycle Gang.

The Satudarah bikie gang, which was formed in the Netherlands in 1990 and has since spread across Europe and to other parts of the world, is known for its extreme violence, drugs, extortion and weapons trafficking.