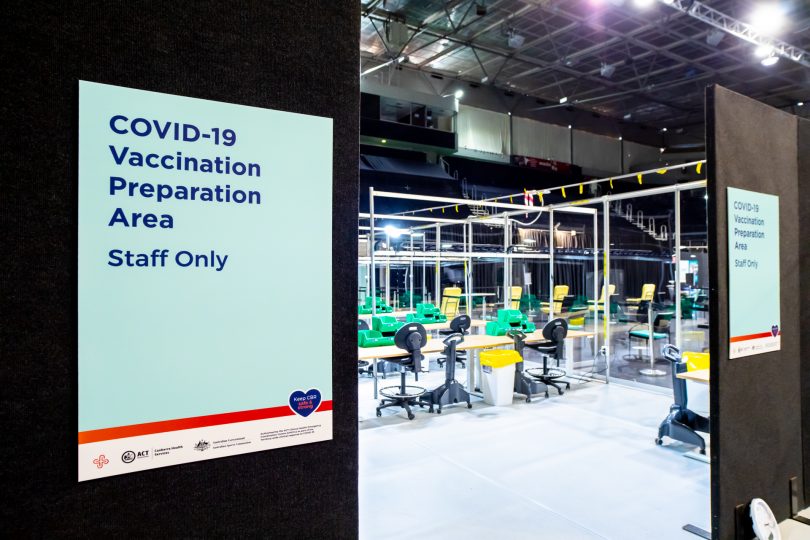 The vaccination status of the 43 people who have died with COVID-19 in the ACT will be published in this week’s epidemiological report. Photo: Michelle Kroll.

The Territory has recorded 1149 new cases of COVID-19 in the 24 hours to 8 pm last night, and ACT Health Minister Rachel Stephen-Smith has confirmed the vaccination status of COVID-deaths in the ACT will be included in this week’s detailed weekly epidemiological report.

That data hadn’t been included in last week’s report, Ms Stephen-Smith said, because it still needed to be clarified before being published.

It comes after ACT Health has been under fire for its refusal to release the kind of detailed COVID-19 information which is routinely released in other states, such as the vaccination status and underlying health conditions of people who are hospitalised or die with COVID-19.

But Ms Stephen-Smith again claimed, as Acting Chief Health Officer Dr Vanessa Johnston had only a fortnight ago, that it’s harder to release this information locally due to the small size of the ACT.

Minister for Health Rachel Stephen-Smith confirmed yesterday the ACT faces unique challenges in releasing information because of the size of the jurisdiction. Photo: Region Media.

Yesterday, Ms Stephen-Smith said this sort of information could only be released if the data set was large enough and the information could not identify individuals as this could constitute a breach of the Health Records Act.

“It is understandable in these uncertain times that people may be interested in knowing the vaccination status and comorbidities of individuals in ICU or those who have sadly lost their lives,” she explained.

At some points, the vaccination status of some people who have died with the virus had been released, but Dr Johnston said recently the situation at the time had been different, and there had been a public interest reason in sharing this information.

Today, there are 42 patients in the Territory’s hospitals. Four are in the ICU, with two being ventilated.

The double-dose vaccination rate for the ACT’s five-plus population is now 96.3 per cent, and 73.8 per cent of residents aged 16 and older have received a booster.

The percentage of ACT residents aged five years and over who have received two doses of a COVID-19 vaccine has decreased today due to a revision in ACT Health’s estimate of the ACT population, the department said.

Of ACT residents aged five to 11, 57.7 per cent have received two doses.

There are now 1444 people in hospital with the virus and 51 people in ICUs around the state.

Victoria has reported three new deaths overnight and an additional 12,150 cases of COVID-19.

There are now 331 people hospitalised with the virus, while 16 patients are in the state’s intensive care units.