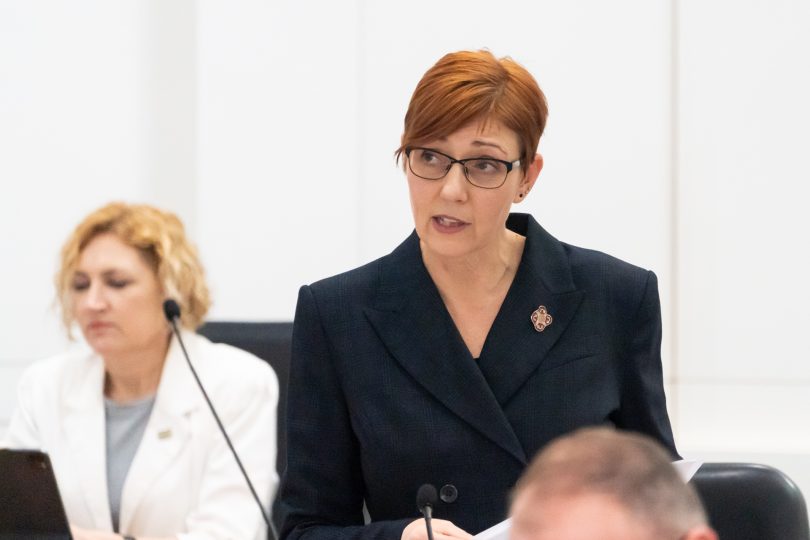 The ACT Government will today introduce new legislation allowing it to continue to implement public health and social measures in response to the COVID-19 pandemic even once the public health emergency has ended.

Although the Public Health Amendment Bill 2021, which will be tabled in today’s final sitting of the Legislative Assembly, is similar in intent to the contentious bill before the Victorian Parliament, it’s much narrower in scope and contains better safeguards, the government said.

Minister for Health Rachel Stephen-Smith said the legislation will allow the ACT to step down from a public health emergency but continue to manage the impact of the pandemic with baseline health and social measures.

“The last few days [with the emergence of the Omicron variant] have really indicated that we may need to retain the capacity to respond quickly to emerging changes in the pandemic,” she said.

Ms Stephen-Smith indicated baseline public health measures, or at least the ability to put them in place, would be necessary for some time moving forward in ‘COVID-normal’, despite the ACT’s world-leading vaccination rates.

The ACT Government has been able to put in place public health directives such as vaccine mandates and the use of QR check-in codes through Check In CBR thanks to a Public Health Emergency Declaration, which the Minister for Health declares on the advice of the Chief Health Officer.

All of these directions will need to be reconsidered when the replacement legislation comes into place.

The current declaration is in place until February 2022, although given the new legislation won’t be debated in the Assembly until at least March, it’s likely to be extended, although for how long remains unclear.

Moving forwards, however, the responsibility for putting in place any public health and social measures will fall under the Executive, which will be able to enact a COVID-19 management declaration.

It will take the Minister for Health, a second government minister, consultation with Cabinet and the advice of the Chief Health Officer to do so.

Once the declaration is in place, the Executive cannot put the ACT into lockdown and businesses also cannot be forced to shut down or stop operating.

However, restrictions such as density limits, masks, and the use of check-in codes can be imposed upon businesses.

To put a vaccine mandate in place, the Chief Health Officer must explicitly recommend it to Cabinet, and at least two ministers must jointly make the decision.

The power to make decisions about the test, trace, isolate and quarantine (TTIQ) system, including quarantining or isolating individuals who test positive to COVID-19 and any close contacts, will remain with the Chief Health Officer.

Ms Stephen-Smith said it was an appropriate time in the pandemic to return the ultimate decision-making power to elected public officials. However, she said the Chief Health Officer will retain a central role.

To limit the scope of the bill, it will be time-limited. Each COVID-19 management declaration will last for only six months – but can be repeatedly extended by the same timeframe – and there’s an 18-month sunset clause placed on the entire bill, meaning all powers contained within it will expire at that time.

This sunset clause could potentially be extended through an amendment, however, if deemed necessary.

But the ACT Government does retain the ability to reinstate a Public Health Emergency declaration if the situation drastically worsened and lockdowns were necessary.

Additional safeguards include a need for the government to seek the advice of the Chief Health Officer and the Human Rights Commission before making or extending any ministerial direction.

In some cases, the Human Rights Commission can provide advice retrospectively if a direction needed to be made quickly.

Individual exemptions can also be reviewed internally and some decisions can be subject to an external review.

The bill will be referred to a committee for full consideration before it returns to the Assembly to be debated next year.

No. And repeal the emergency powers act. 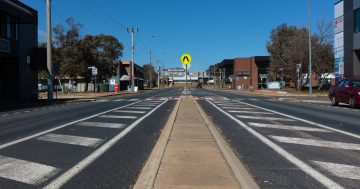