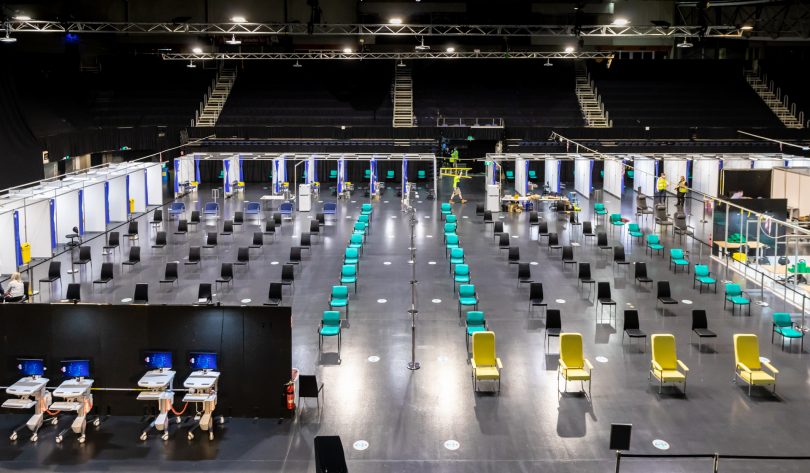 Canberrans have been offered another glimpse into the ACT’s new mass vaccination clinic on the same day that bookings opened for people aged between 16 and 29.

The first jabs will be administered at the AIS when it opens this Friday (3 September).

The more than 30,000 people in the 16 to 29 age group who had registered their interest in the Pfizer jab started receiving messages this morning (1 September), prompting them to make a booking through MyDHR.

However, a power outage at a data centre caused disruptions to a range of ACT Government services and only about half the people who had registered received a text message before the system came back online later in the morning. 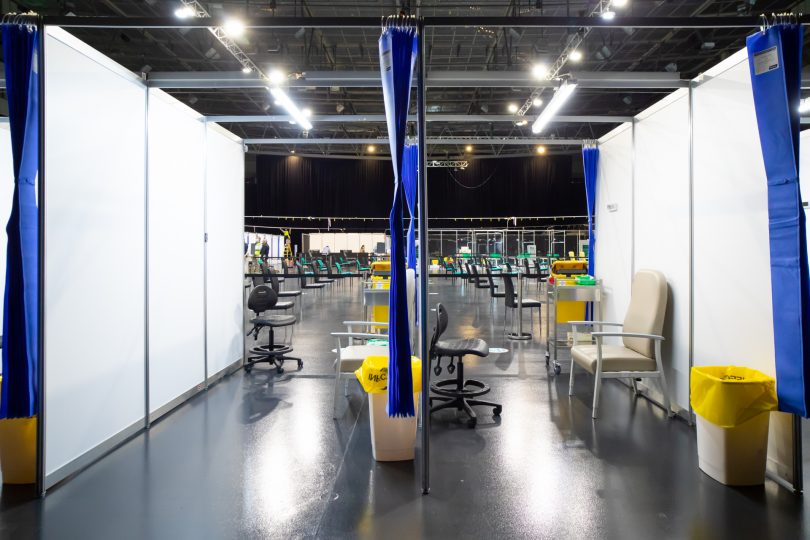 Subject to supply, the centre has the capacity to administer 24,000 jabs a week. Photo: Michelle Kroll.

Nearly 25,000 of the 85,000 Canberrans aged between 16 and 29 have already been vaccinated, according to Chief Minister Andrew Barr.

“[This] is a critical age group in our vaccination rollout,” he said.

“Our success in reaching vaccine targets over 80 per cent by the end of the year hinges on getting as many Canberrans in this age group vaccinated as quickly as possible.”

Appointments were snapped up until the first week of November within hours of bookings opening, but Mr Barr said appointments would be moved up if more supply becomes available.

The ACT will receive an extra 8344 Pfizer jabs after the Commonwealth secured 500,000 doses through a vaccine swap with Singapore. The doses are expected to arrive this month and are roughly equivalent to a big single day of vaccination across all ACT Government clinics, pharmacies and GPs.

The government is considering prioritising some younger cohorts, including Year 11 and 12 students who are due to start AST exams on 12 October.

It would follow the lead of NSW where Year 12 students in hotspot areas can access priority bookings. 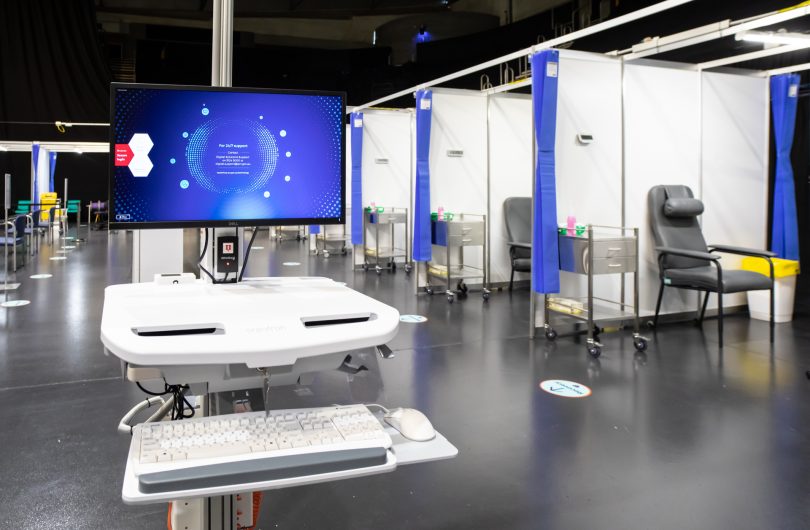 “Given the vital role our teachers and educators play in the development and wellbeing of our young people, it is of great importance that our teachers and students can return to the classroom; and our educators and children return to early learning centres for face-to-face learning as soon as it is safe to do so,” the email said.

“The majority of early childhood educators and a number of teachers are still required to continue attending early learning centres and schools and are not able to work from home.”

READ ALSO The serious side of Ken Behrens: what subtitle mishaps mean for people with disabilities

Ms Stephen-Smith said the government was considering priority vaccinations for Canberrans in public-facing and essential jobs like childcare, teaching and supermarket workers.

“There are a lot of groups that are advocating [for priority vaccinations],” she said.

“We are working through all of that and are very conscious that the standardisation test, the AST, is a critical point in time for our Year 12 students and that is part of our consideration.”

In the meantime, the government is continuing to focus on vaccinating Canberra’s most vulnerable cohorts.

Last week, the ACT Government negotiated a doubling in Pfizer doses available to Directions Health, which provides mobile vaccination clinics for people at public housing complexes and the homeless.

For more information about vaccine eligibility and how to book an appointment, visit covid19.act.gov.au/vaccine. 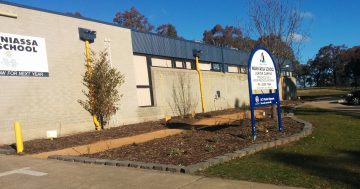