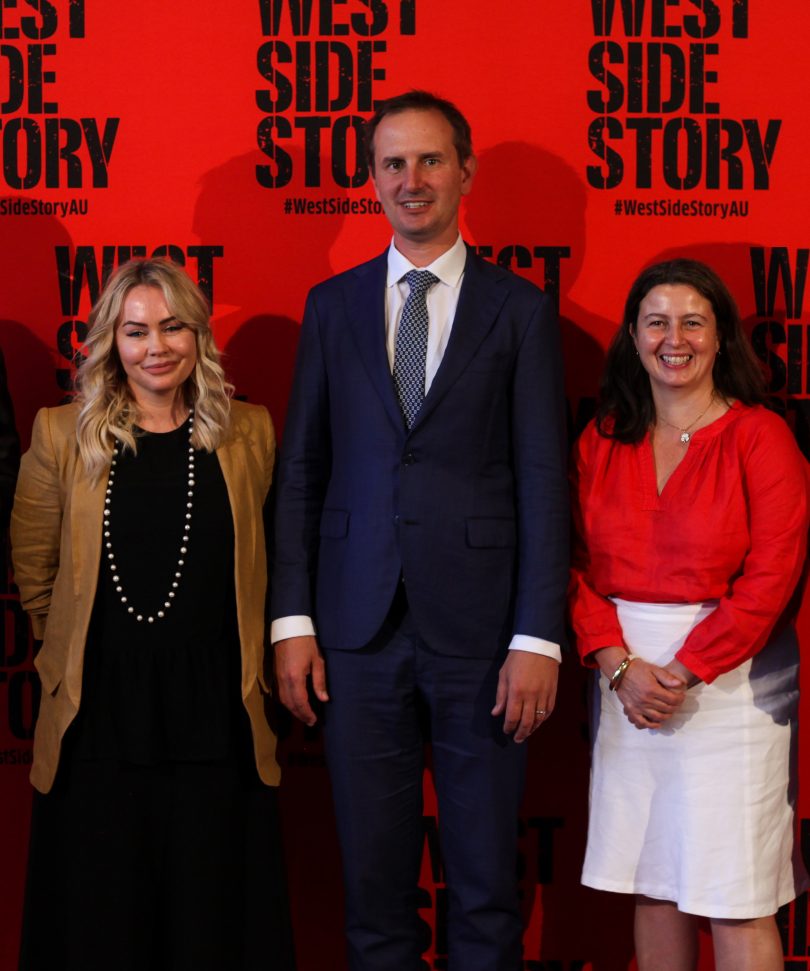 The newly appointed director of the Canberra Theatre Centre, Alex Budd, says he is honoured to be joining the team at such a pivotal time in its history.

The announcement was made by the chief executive officer of the Cultural Facilities Corporation, Harriet Elvin, on 12 November.

Mr Budd said the Canberra Theatre Centre holds a special place in his heart. He was first taken to productions at Canberra Theatre as a child, and it was there he was offered his first job in the arts.

“Now to return to Canberra with my family and lead the Centre through the next phase of its development is a dream come true,” Mr Budd said.

Ms Elvin said the Theatre Centre’s new director was an outstanding candidate from a strong field of applicants from Australia and overseas.

“We are delighted to welcome him back as director to the venue where he started his career in the performing arts. This is an exciting time for the Canberra Theatre Centre, with a major new theatre identified in the ACT Infrastructure Plan as a priority project in next five years, and Alex is the ideal person to lead the Centre during this period of change and growth.”

Mr Budd worked as a technician at the Canberra Theatre Centre from 1993 to 1997 before pursuing roles in the theatre industry nationally and internationally, including with Sydney Dance Company, at the Royal Opera House in London, and with Opera Australia where he has held a series of senior executive roles.

His current position is executive producer of touring and commercial operations at Opera Australia.

Ms Elvin said that Mr Budd would bring a range of high-level skills and attributes to the role, including a collaborative leadership style, artistic sensibility, commercial acumen, and an extensive network of national and international contacts in the performing arts.

Ms Elvin also paid tribute to outgoing director Bruce Carmichael for his major contribution to the performing arts, not only in Canberra but also in Australia and overseas.

Gill Hugonnet is currently acting in the director role while Mr Carmichael is on leave pending retirement.

Mr Budd will commence as director on 3 February 2020. Until then, Ms Hugonnet will continue acting in the position.

Desmond Woods - 8 hours ago
I am the Navy’s Bereaved family’s liaison officer. I should be pleased to be in touch with Sheryl so I can offer to get p... View
Joey Heeps - 10 hours ago
R.I.P mate View
Jennifer Elsey - 12 hours ago
Such sad news❤ View
Opinion 116

Kimberley Wilson - 9 hours ago
It’s worth noting as well that ~52% of the ACT is gazetted “protected area”, e.g. national park, wilderness area, natur... View
Monica Tiffen - 10 hours ago
Space is needed for Homes, Children, relaxation, and privacy!... View
Robyn Holder - 11 hours ago
Eventually we will die and someone will come and clear our huge garden and 100 trees and even more shrubs and squash two hous... View
Food & Wine 23

Rachel Fox - 11 hours ago
Gin and Tonic icey poles 😜 View
Stephen Saunders - 16 hours ago
A lovely guy who made our town a nicer place and gave pleasure to so many. I'll be back for one more memorial taste. View
Opinion 6

Tim Mitchell - 11 hours ago
There were rumors a month or two ago that a new Canberra team is just about locked in, hopefully they're just waiting till A-... View
News 5

Capital Retro - 13 hours ago
A similar thing happened to me at an auction just across the border in NSW. The vendor put in a bid after the hammer fell and... View
News 1

Ol L - 16 hours ago
I hope they ensure a decent intersection upgrade onto Kitchener Street. Feel sorry for the houses backing onto that beautiful... View
show more show less
*Results are based on activity within last 7 days

For a planned city that is supposed to be a shining light on the hill, Canberra is rotting at its...
Food & Wine 20

@The_RiotACT @The_RiotACT
The @nma will open its $8.8m Discovery Centre for children in October after a big donation from philanthropists Tim and Gina Fairfax. https://t.co/FeLE12NQfN (10 hours ago)

@The_RiotACT @The_RiotACT
While there's no more long weekends for a while yet, there's plenty happening over the week, including the year's shortest day https://t.co/ni90jYC03A (11 hours ago)