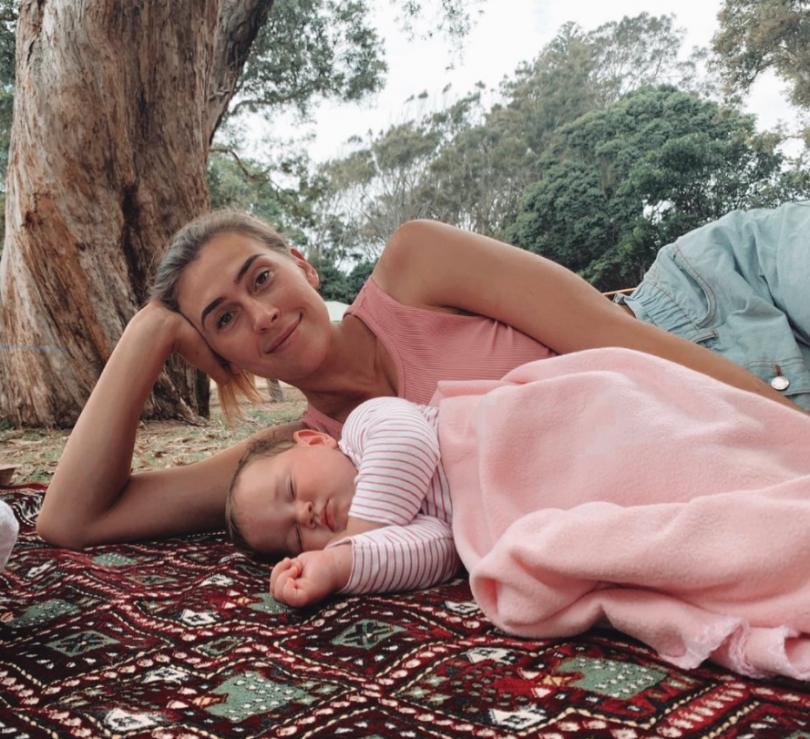 Alex Bunton dejectedly limped away from the basketball court in 2019 after being told she required yet another knee operation.

The surgery she had in May 2020 was her 11th knee operation in 11 years, and she knew her dream of playing for Australia at the Tokyo Olympic Games was over.

Bunton had very much been in the mix for the Olympics, having being part of the Opals team that won silver at the FIBA Women’s Basketball World Cup in Spain in 2018.

But the crushing blow of yet more knee surgery was too much to take so she announced her retirement. Expressing her emotions on the Player’sVoice website, Bunton said she was feeling shattered and that she had failed because the Olympics dream was so close.

Since announcing her retirement, Bunton has given birth to a baby daughter appropriately named Opal.

So it must have taken a pretty persuasive phone call from UC Capitals coach Paul Gorriss to entice her back to the WNBL for the upcoming season.

READ ALSO Is it time for Canberra to formally recognise Lauren Jackson’s greatness?

Bunton returns to the team where she made her WNBL debut in 2012 after three years in the AIS program.

“Returning to where I started at the UC Capitals is something special,” she says.

Bunton played a couple of seasons under Carrie Graf in Canberra before heading to WNBL clubs Adelaide Lightning and Dandenong Rangers, and Dynamo Moscow in Russia.

With Marianna Tolo leaving the team to play in France, there was an obvious vacancy for a player of Bunton’s calibre.

“The opportunity to return to basketball this year was something I couldn’t turn down,” she says. “After a long two years and a baby in between, I have never felt better mentally and physically.”

Bunton’s return to the UC Capitals has given the club a tremendous lift.

“We are thrilled to welcome Alex back to the Caps,” says Gorriss.

“Alex has been working hard and I reached out to see if she would be interested in a return to the WNBL with the Caps. We all know how tough, strong and competitive Alex is and her work ethic will fit in great with our team. She is in terrific shape and will bring size, toughness and presence at both ends of the court.”

Bunton’s return caps off a big couple of months for the UC Capitals, with the signing of WNBA star Britt Sykes, and the retention of Kelsey Griffin, Abby Cubillo and young gun Jade Melbourne.

Things are definitely taking shape for a big WNBL season ahead.