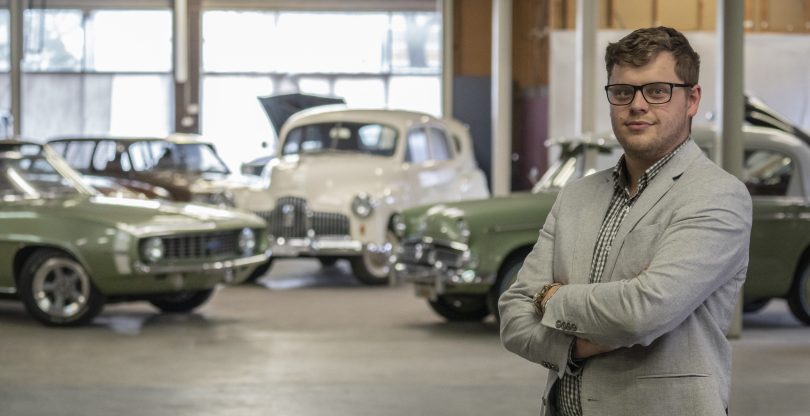 Ben Hastings with some of the vehicles available through ALLBIDS Unique and Classic Cars Auction. Photos: Tim Jessop.

How many cars is too many? Ooh, that’s a risky question to ask any car enthusiast…

Even more dangerously, if you could pick up the car of your dreams, right here in Canberra, and for only a few thousand dollars, would you be tempted?

If the answer is yes (or even if it’s no), you might want to jump on to ALLBIDS.com.au this week to check out their second Unique and Classic Car Auction.

You know, just for a look … a browse … there’s no harm in looking, is there?

Whether you’re really into cars or not, there’s a great range on offer this year and there are sure to be models there to catch your attention and bring back some memories.

Ben Hastings from ALLBIDS says this is the second Unique and Classic Car Auction ALLBIDS has held this year, after a very successful auction first auction in April. 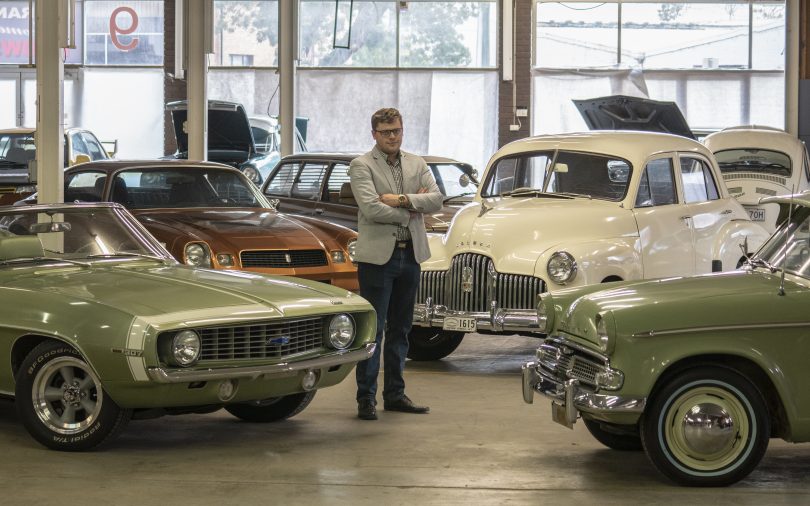 “The auction came about through my passion for cars, which I have had since I was a child, combined with the opportunity to utilise the ALLBIDS database and platform,” Ben said.

“I have always noticed a degree of difficulty faced by the Canberra market to buy and sell unique and classic cars, as typically owners would need to travel interstate to places like Sydney and Melbourne to buy and sell. Once I started at ALLBIDS, it all came together in my mind, that Canberra had the need for this sort of boutique auction and ALLBIDS had the marketplace and the means to provide it,” he said.

“The first auction was always going to be the true test to see what sort of results we could achieve, and between the memorabilia and the cars, there were some records set and some bargains scored. The best part of it all was in the end, both the customers and the vendors were very happy.

“The cars on sale come from a mix of local and interstate sellers, some are downsizing collections, deceased estates or people just don’t have the time and space anymore. Each car is special, interesting and unique in its own way. Each car has a story to tell and means something totally different to each person that looks, often tying into fond childhood memories.

“For buyers, some have always had the dream of owning an Australian classic. For others, it may be something fun to drive to the coast and soak up the weekend sun. This auction provides a diverse range of vehicles, from true original collector’s pieces to street machines, so there really is something for everyone.”

If you’re a fan of classic Australian cars, check out this 1987 Holden Commodore VL – a special release that commemorated the final iteration of that first generation of Commodores. 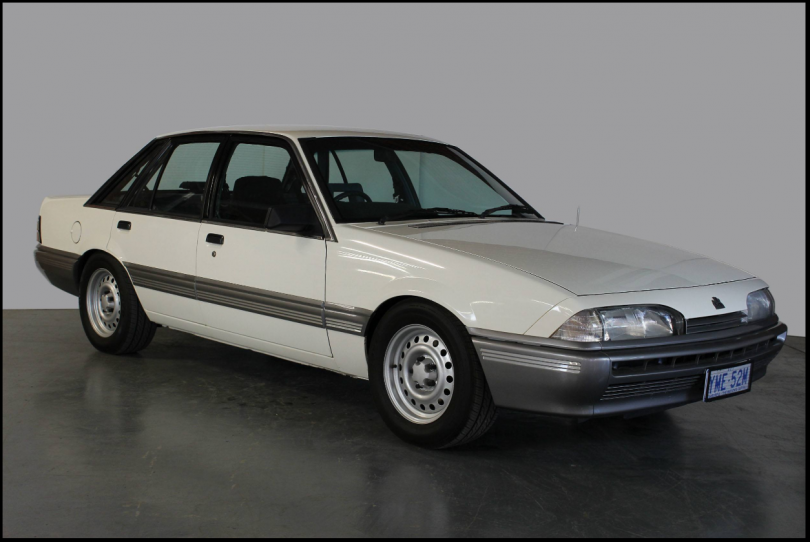 Even further back, you might have fond memories of the Holden Special. And you can pick up this 1961 EK in classic aqua, with the distinctive shape and iconic white visor. 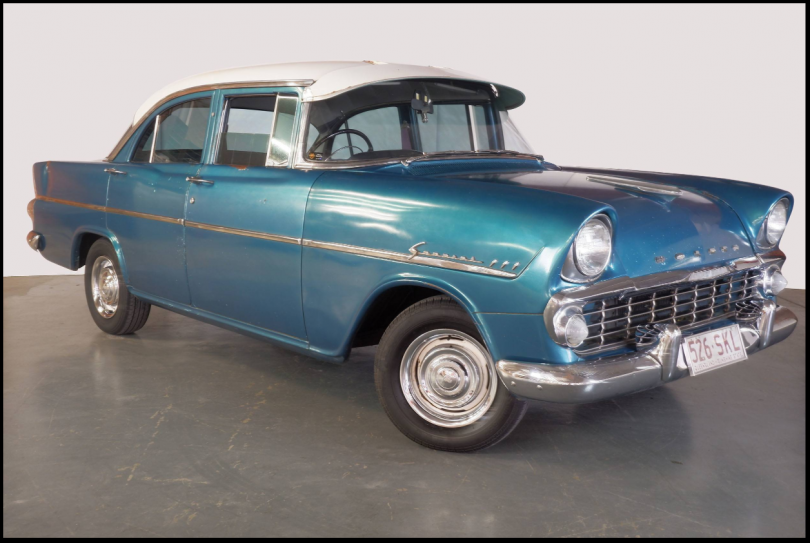 This 1976 Landcruiser FJ40 is described as a “true treasure [and] one of the most collectable 4x4s in the world”.

This car has beach cruising written all over it – with a soft top and droppable windscreen, it could be in your driveway just in time for summer. 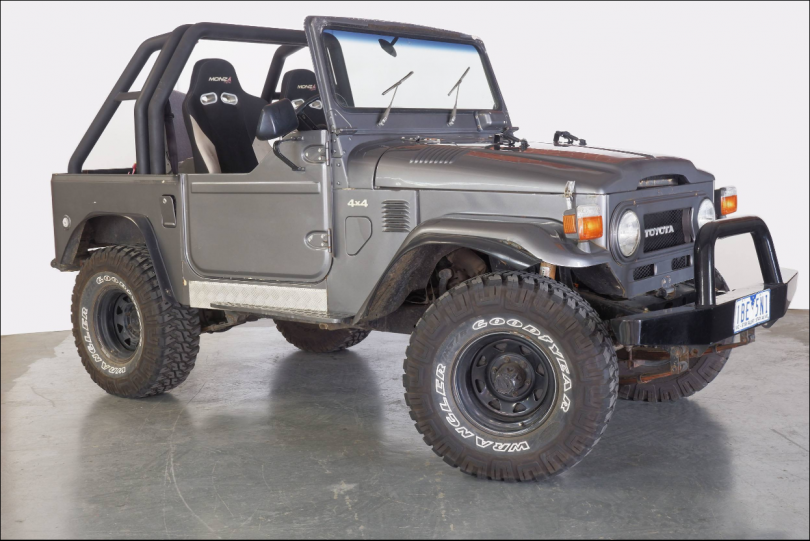 If you’re a Prince fan, this is your chance to grab your very own, real-life Little Red Corvette. Take a look at this cool-as-ice 1976 Chevrolet Corvette convertible in dark red. American muscle in a sports car shape, it also boasts a powerful V8 engine along with ABS brakes, digital dash, electronic climate control and keycode anti-theft system. And let’s be honest, it’s sexy as heck. 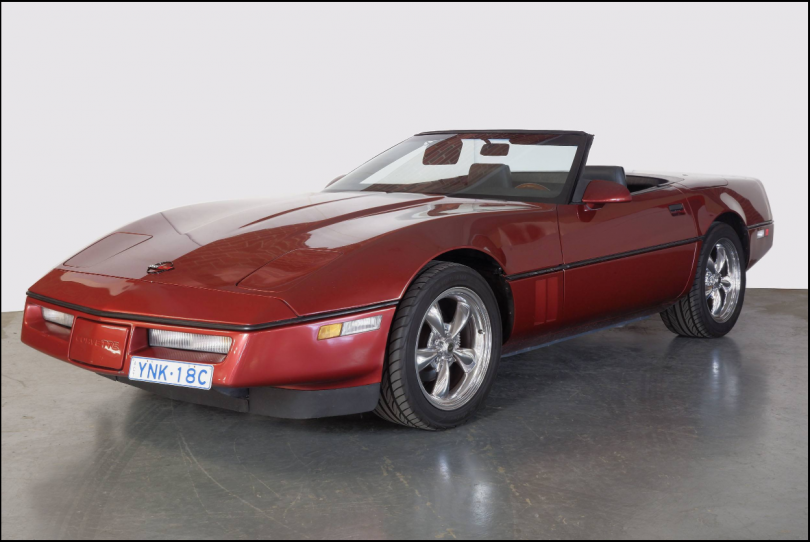 For other children of the 80s, there’s also a 1981 Chevrolet Camaro coupe in a stunning, deep, lustrous gold. 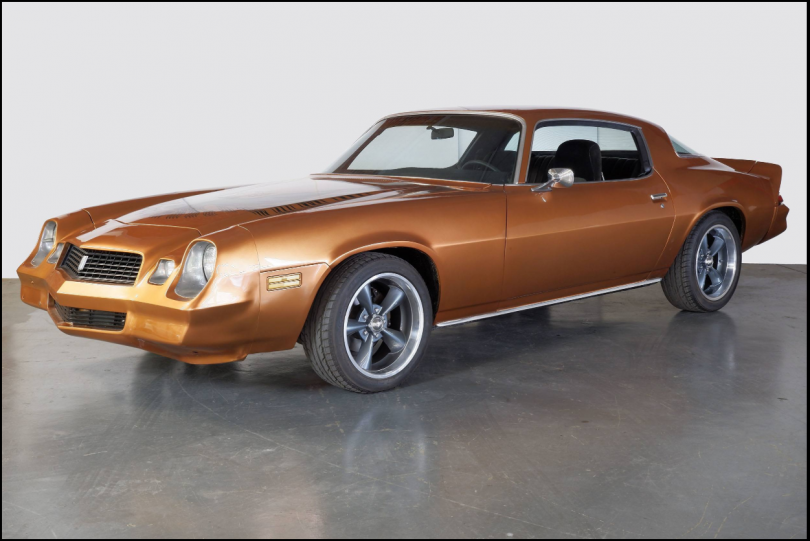 But if cute and classic is more your thing, it’s hard to go past a 1970 Volkswagen Beetle.

Just look at her. Arguably the most iconic vehicle of all time, no matter where in the world you come from and guaranteed to put a smile on anyone’s face. 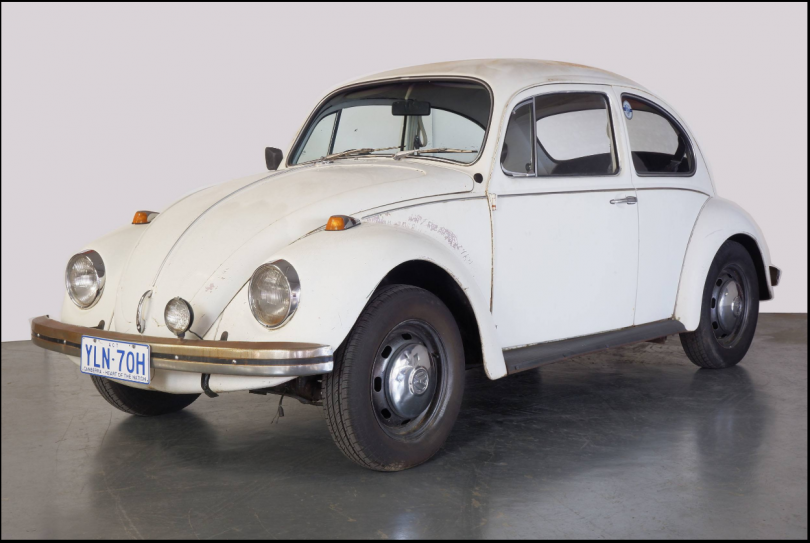 Finally, if your budget – or garage space – won’t stretch to a full-sized vehicle, you could kick off your collection now with any one of a number of die-cast models, miniatures and replicas.

There is also a huge assortment of curios and collectables, including official prints and posters, signed memorabilia and merchandise, original manuals, number plates, trophies, even a vintage bicycle and petrol bowsers!

Large or small, two wheels or four, Superbike, Supercar or Superbug – whatever takes your fancy, don’t delay as listings will close on Wednesday, 6 November and Thursday, 7 November.

And some of these rare finds are unlikely to pop up again for quite some time.

So set a reminder in your calendar and jump online to the ALLBIDS.com.au Unique and Classic Car Auctions to find out more and keep a close eye on your favourites. Or you can pop down to the ALLBIDS showroom at 7 Wiluna Street Fyshwick to have a look around.

Have any of these vehicles caught your eye? And what iconic vehicle would you be unable to resist, if it turned up here?

Sue-Ann show David or not!!

Sue-Ann O'Rourke too late! I already sent it to him! 😂

Nawaporn Posuwan - 15 hours ago
Merryn Orchard look very nice I should go there and try soon. View
Songchat Chatkeo - 17 hours ago
Awesome krub View
Merryn Orchard - 19 hours ago
Nawaporn I think you would be the best judge for me 😋 View
News 34

Liz Walker - 19 hours ago
Anthony its funny how u can “judge” these young people when most there are on remand and havent been given the opportunit... View
News 75

Sarah Jenkins - 21 hours ago
It was heavily ironic to see people baying for the cancellation of the NYE fireworks, and then to watch the same people less... View
Mark Oz - 21 hours ago
@Jim McMahon Actually they’ve been involved quite a bit for some time - https://the-riotact.com/act-firefighters-deploy-as-... View
Chris Lenihan - 23 hours ago
Wayne Mccauley exactly Wayne Hats off to all the awesome fire fighters at Summernats... View
News 3

mark boast - 21 hours ago
I don't cycle this route (Woden to Civic) anymore. Regardless of traffic density I've had too many close calls and one minor... View
Police Wrap 109

mark boast - 21 hours ago
This has been going on for some time and I agree that consideration be given to providing a location(s) away from public road... View
News 2

Acton - 22 hours ago
Why does the Government distrust volunteers? Why are volunteers supervised and spoken to like children, told what to wear, wh... View
News 40

Capital Retro - 22 hours ago
".....so a private company installs hydrogen refueling and it’s somehow about rates?" I think ActewAGL are funding the proj... View
Opinion 4

Capital Retro - 23 hours ago
You use "change" as the theme of your post. Be aware that "the more things change, the more they stay the same". This is very... View
News 1

Should we raise the age of criminal responsibility from 10 to 14?

Classic cars and superheroes to cruise for Camp Quality

Classic Australian art from Casino Canberra going to auction: own a piece of Canberra history

Where our sporting celebs head for second-hand cars

@The_RiotACT @The_RiotACT
If you're looking for a home where heritage meets modern architecture, take a look at this stunning home in the middle of #Goulburn https://t.co/0KmDRlXHZQ (57 minutes ago)

@The_RiotACT @The_RiotACT
Shakespeare by the Vines at @pialligoestate on 27 & 28 Feb promises a dinner + theatre event like no other https://t.co/9qZlZbSyKg (12 hours ago)