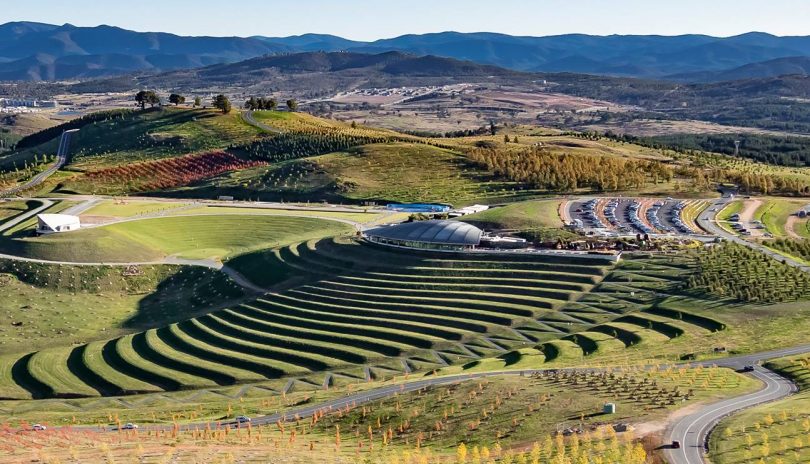 Coming soon to the National Arboretum: a hotel and permanent stage. File photos.

Two contracts for key feasibility studies into projects at the National Arboretum that will enhance the visitor experience and help realise its commercial potential have gone to the company responsible for the “100 Forests/100 Gardens” design entry for the acclaimed attraction.

Sydney-based architects Tonkin Zulaikha Greer, in association with landscape architects Taylor Cullity Lethlean, won an Australia-wide competition for the Australian National Arboretum and Gardens, and will now work on proposals for a boutique hotel and a permanent stage for amphitheatre concerts.

The company, with its strong attachment to the Arboretum project, is a natural fit to explore the proposals, which if not handled sensitively could detract from what has become a monumental success in the national capital.

The proposal for a boutique hotel has been in the works as far back as 2016. Last year, Chief Minister Andrew Barr identified a 1.7-hectare site south of Dairy Farmers Hill with unsurpassed views for the project.

The Arboretum is looking for a world-class operation and building that suits the site, and would like expressions of interest for the hotel design and construction to go out in April or May, as long as it meets the high standards set by the National Capital Authority, which has to sign off on both proposals. 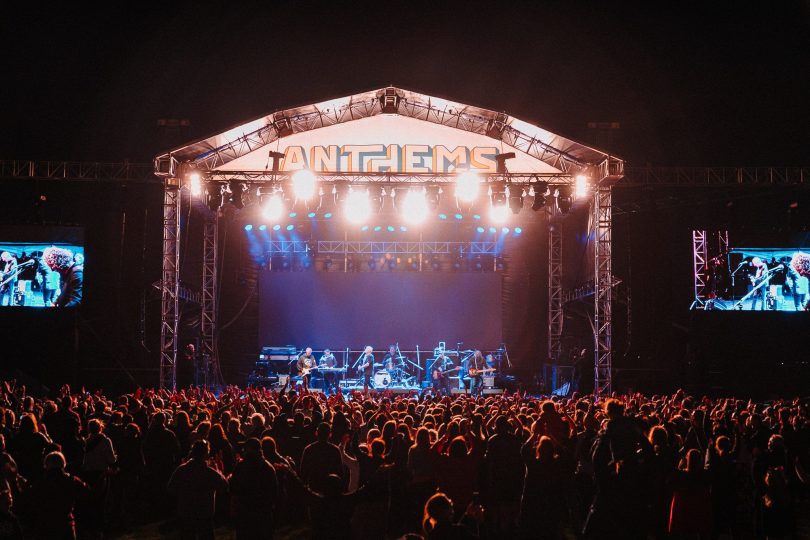 A multi-functional, covered performance stage would enable the Arboretum to become a permanent performance venue, increasing the number and variety of concerts and community events staged in the amphitheatre, which could also become an alternative to Stage 88 at Commonwealth Park.

The Arboretum has been hosting one-off amphitheatre performances for years, and last year’s Anthems concert featuring the likes of John Farnham was a sellout, although it also caused parking headaches and traffic snarls on the Tuggeranong Parkway.

The Arboretum has moved to increase secure parking with the planned sealing of the overflow car park, and the ACT Government will also recommend that any future large outdoor concerts or events held at the Arboretum should use buses to transport patrons to the site, with some limited vehicle access.

Surely we go to the Arboretum to get away from buildings and infrastructure. What next, a Geocon skyscraper in the Rainforest section of the Botanic Gardens?

Has anyone thought of putting a big huge sports stadium there?

Cool. I know what’s missing, let’s stick a hotel in there.

They better put more roads in and out then! Totally insufficient for dealing with concert crowds as it is.

Neither the stage or the hotel have anything to do with an arboretum and they are not compatible with each other anyway. They can be built almost anywhere else – in fact a permanent stage like the one used last year is just plain ugly. What next, a pop-up container village?

I drive past the place several times every week yet I have never seen anyone walking among the trees. Glebe Park now has more appeal than the arboretum if one wants to see trees.

I like visiting here, used to travel on the bus. Can I suggest a better system of roads to get there; confusing and dangerous for visitors to Canberra.

Hope it can handle the wind..

Martin Ross - 24 minutes ago
Us taxi drivers would love it to return View
Marko Potrebica - 52 minutes ago
What a fantastic idea. Congratulations to the organisers. Thanks you🏁🏁🏁🏁 View
Michelle Ayers - 8 hours ago
Yes please 🙏 View
Community 55

Brendo Collins - 2 hours ago
Maybe cause no one went to this actual facilty it is closing. Maybe if you attended it might still be open. View
Mookie Moo - 4 hours ago
This is so disappointing. I have not used this facility, but I have done weekly aqua aerobics as my main form of physical fit... View
Anne Maree Crowe - 6 hours ago
I feel for these people who have lost their water aerobics classes. Many elderly and people with mobility issues rely on swim... View
Property 16

Margaret Harries - 6 hours ago
What a fantastic house and property, I love it,wonder what’s the price their asking for it View
News 18

JC - 9 hours ago
Cool story. Except that isn’t what has happened. No where near that much has BEEN spent on lightrail nor has what has been... View
nadine - 10 hours ago
Exactly, when our population was around 250k we had 3 hospitals. Our population as almost doubled but we only have 2 public h... View
News 23

Kay Pearce - 10 hours ago
Mrs Prowse was my grandmother and I can well believe she would walk to Manuka… well into her seventies and early eighties s... View
show more show less
*Results are based on activity within last 7 days