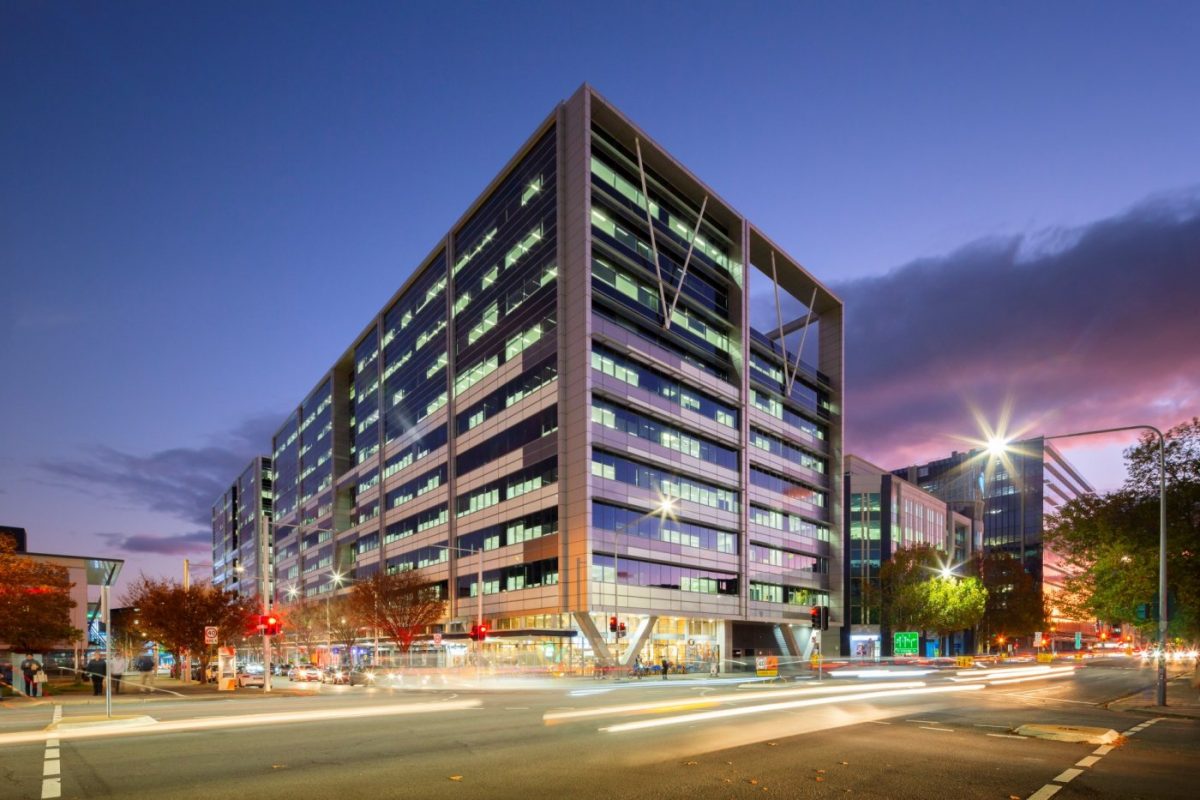 The building occupied by the Australian Taxation Office in Civic is on the market and could fetch a record price for offices in Canberra.

Cushman & Wakefield and Knight Frank are handling the Expression of Interest sale, which closes on 21 July.

Knight Frank’s head of Canberra and institutional sales, Sean North, said the 10-level building at 21 Genge Street was a stronger prospect than 50 Marcus Clarke Street being a larger asset with a longer weighted average lease expiry (WALE) of 5.3 years and arguably the best location in the city.

“It’s connected with Braddon and the Canberra Centre, the geographic centre of the city,” Mr North said.

“It’s got a great footprint in terms of the retail strip on the ground floor, anchored with two connected towers two towers.”

The modern building sits on a 5775 square metre site between Bunda and Cooyong Streets and boasts 43,256 square metres of office and retail space, and parking for 400 cars.

It has a 5-star NABERS Energy rating and is certified carbon neutral.

The ATO has been there since 2007 and the lease doesn’t expire until November 2027, with fixed rental growth of 3.5 per cent and net passing income of $22.2 million.

Mr North said the building had a lot of diversified occupancies upstairs with bridges linking the towers and quite a flexible floor plate.

He said there were not many like it in Canberra, which currently held a strong attraction for property investors.

“I think the thing with this asset is it’s about scarcity,” Mr North said. “These types of opportunities – large footprint, large format, quality assets with good tenants – don’t come around very often.

“The bigger players in the market, the big institutional players who are trying to get a footprint in Canberra, will certainly be looking at it closely.”

Queensland Investment Corporation, the owner of the Canberra Centre, completed the property in 2007 and sold it to German-based funds manager Real I.S. Australia for a reported $204.5 million in 2009.

Real I.S. Australia also owns the Geoscience Australia building in Symonston, which is also on the market.

It is another property in the running to break the Canberra sales record, being tipped to top $360 million.