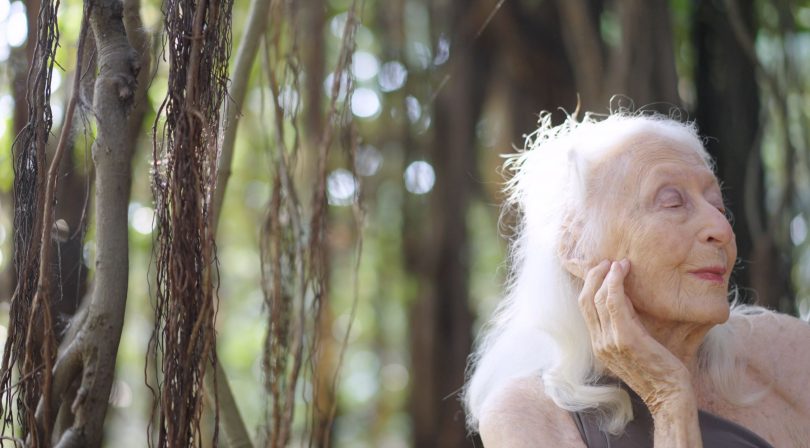 Eileen Kramer – now 107 years old – has been dancing since 1940. She will headline this year’s BOLD Festival as a keynote speaker. Photo: Sue Healey.

Eileen Kramer might be 107, but she’s still involved in the world of dance – one she entered in the 1940s when she joined the original Bodenwieser Ballet.

Ms Kramer will be a headline attraction as one of the keynote speakers of this year’s BOLD Festival, BOLD22, where she will give a speech about how to maintain inspiration for long periods of time.

It’s a topic she knows something about.

In previous interviews, Ms Kramer has spoken about how she keeps on going – by banishing the words ‘old’ and ‘age’ from her personal vocabulary.

Born in Sydney, she studied singing and music before switching to dance after witnessing a Bodenwieser Ballet performance. After completing her dance training, she joined the troupe and toured with them for a decade before living in India, Paris and New York.

She returned to Australia at the age of 99 because she “missed the smell of gum trees and kookaburras” and now lives in a retirement home in Sydney from where she still creates dances, stories and costumes.

Her keynote speech will be fitting at BOLD22 as it’s described as a celebration of all moving bodies – young and old – and as one which pays homage to the legacy of cultural elders and celebrates the empowerment of ageing.

“There’s often not that many opportunities for older artists to continue to share practice or continue to perform so I think that’s important,” she said.

“I’m also really interested when younger artists are developing works related to their heritage, culture, their family, wherever they are from and the dance practice they work with – I want to honour that.” 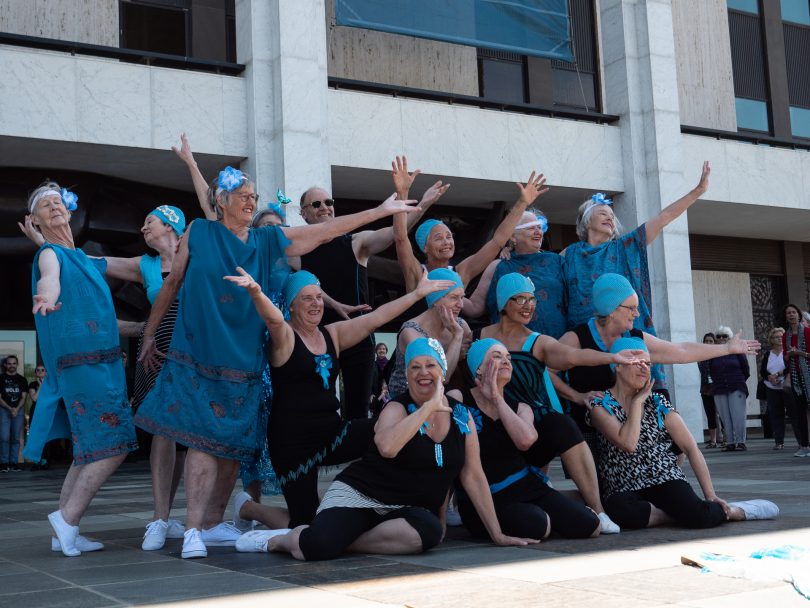 Through performances, speeches and activations around Canberra, this year’s BOLD Festival will celebrate legacy and the power of all bodies. Photo: BOLD.

That’s because they were forced to postpone three times last year due to COVID-19, so BOLD22 will be a supersized, hybrid event that’s essentially three events rolled into one. Although it will largely take place in person, some elements will be online and anything that is recorded will be accessible for up to 22 days after the live event.

Set to take place across five massive days from 2 to 6 March, BOLD22 will present 10 world premieres, eight national premieres and three established works as well as talks, workshops and films.

All of this will be presented in partnership with major national institutions such as the National Film and Sound Archive, National Library of Australia, National Portrait Gallery and National Gallery of Australia, while Gorman House, QL2 Dance and Canberra Theatre Centre will also host events.

The festival will kick off at the Archive where a variety of speakers will discuss topics pertinent to the dance and creative industry, but plenty of performances will also delight festivalgoers throughout the week.

A cabaret evening will close the festival.

To add a bit of colour, the festival’s cheeky mascot Creature will also pop up where possible. The artist behind Creature is remaining anonymous, for now.

Marla – how amazing is this!

Celeste Clare Very! I’m 70 this year and still performing… check out the post on my profile 😉 She’s an inspiration. For sure.

Facebook does not offer a big enough love button for this woman! Spectacular ❤️❤️❤️❤️❤️