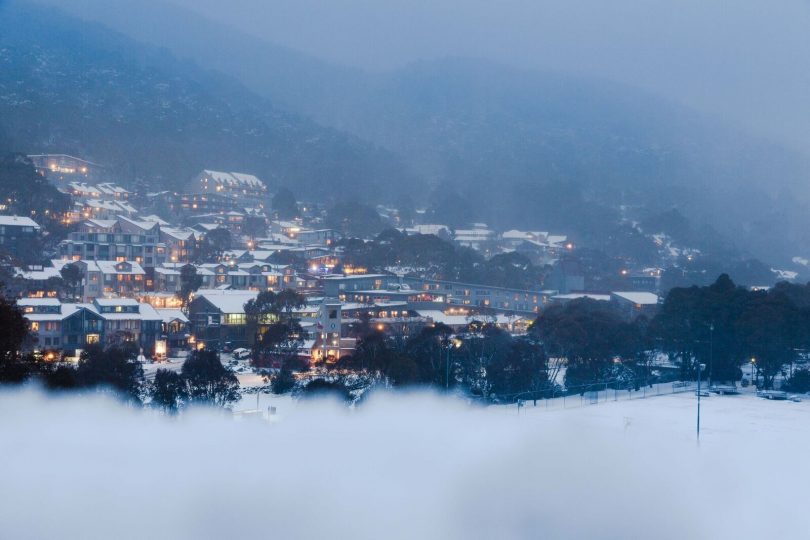 A man trapped in an avalanche in the Snowy Mountains has had a lucky escape, an experience that is being used by emergency services as a warning to others.

Police report that shortly after 12 pm yesterday (August 13) a snowboarder contacted Triple 0 (000) after her husband was buried as a result of an avalanche.

The pair were snowboarding outside resort boundaries, an hour’s walk northwest of Thredbo.

The man told police he was scaling a ridge in snowshoes with the intention of snowboarding down when the snow pack slipped and he was buried.

With the help of his wife, police say the man was able to remove himself from the snow slide and make his way to safe ground.

A multi-agency search effort followed using the pair’s coordinates. The man and his wife were met by officers from Fire and Rescue NSW Thredbo and conveyed to the Thredbo Medical Centre by over-snow vehicles.

The man was treated at the medical centre before being released, with what is believed to be a fractured ankle.

“We’ve seen great snowfalls over the past week, which means the snow is not hard-packed and there is an increased risk of avalanche,” Supt Condon says.

“Even the most capable skiers and snowboarders can get caught out, so please be mindful of changing weather conditions.

“Plan trips according to your capabilities, notify others where you are going, have a communication plan in place in case of emergency and make sure you have plenty of appropriate clothing and equipment.”

Ota Save - 22 minutes ago
Sue Sutton No worries Sue. Happy to help ❤️ View
Sue Sutton - 1 hour ago
My Mum has wonderful neighbours who have been helping keep her lawn in check. Thank you Ota and family xx... View
Bill Gemmell - 2 hours ago
Barbara Eglitis I was wondering how long it would take. Seriously, I had the Fowles St Park project in Weston in mind. Sugges... View
News 33

purplevh - 23 minutes ago
If a dog ever chased me on a bike I would turn around and chase it. They soon get the message when that happens.... View
purplevh - 27 minutes ago
I like your point about heavy vehicles but the same goes for a motorcycle licence BECAUSE you are the one most likely to be h... View
Opinion 13