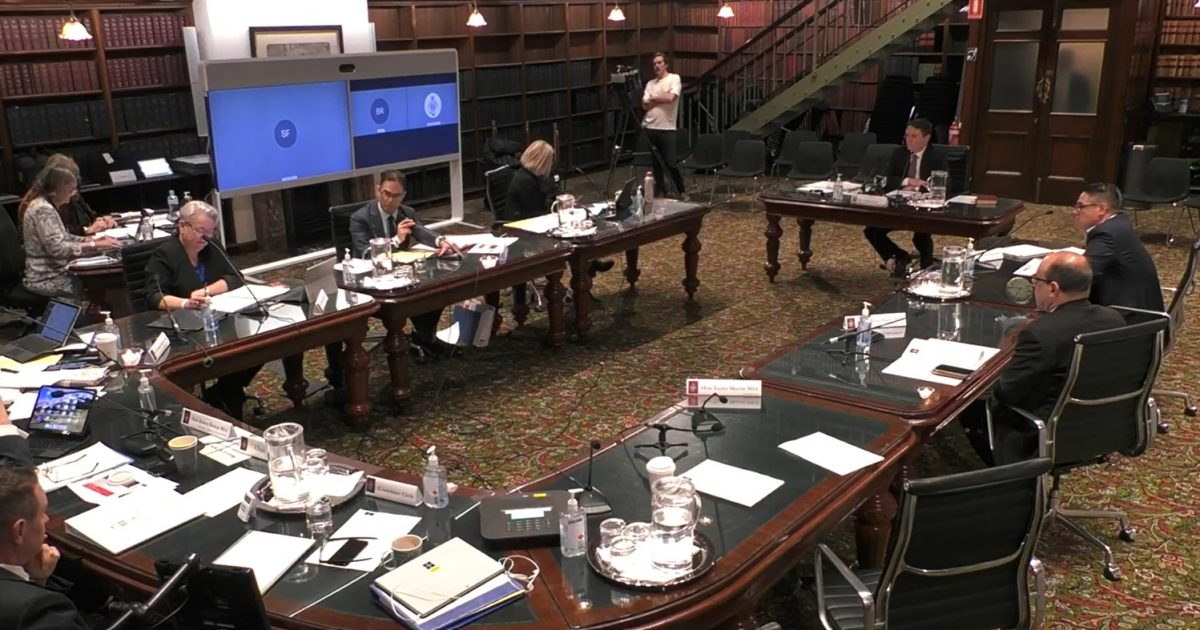 Joseph Brayford’s testimony was given in private to the Public Accountability Committee hearing into how John Barilaro was appointed Senior Trade and Investment Commissioner to the Americas. Photo: Screenshot.

Another former staffer to John Barilaro has given evidence to the Parliamentary probe investigating how Mr Barilaro received a top trade job, confirming the then-Deputy Premier’s office had asked for information on how to make the position a ministerial appointment.

Joseph Brayford served as a senior policy advisor for trade and industry in Mr Barilaro’s office from March 2019 to October 2021.

“I essentially acted as the conduit between the government agency, which was Treasury at the beginning and then later Investment NSW, and the Deputy Premier,” Mr Brayford said.

He appeared in a private session of the Public Accountability Committee investigating the process behind the appointment of Mr Barilaro to Senior Trade and Investment Commissioner (STIC) to the Americas, a position worth $500,000 a year.

Mr Brayford told the inquiry he had received instructions from his chief of staff, Siobhan Hamblin, to contact Investment NSW CEO Amy Brown and ask how to convert the STIC positions into ministerial appointments.

“What I recall was she called me into her office and asked me to contact Amy Brown and to inquire to the various methods and arrangements for commissioners overseas,” he said.

Mr Brayford said he was then asked by Ms Hamblin a second time to follow up on the STIC positions and to find out whether a legal change was needed.

He said at this time he was not aware former Investment NSW deputy secretary Jenny West had already been identified as the preferred candidate for the STIC Americas role.

Mr Brayford described his interactions with Mr Barilaro as “just ad hoc”. However, he recalled receiving a direct text message from Mr Barilaro about preparing a Cabinet submission.

“He asked me to contact Amy Brown and request a Cabinet submission converting the commissioner roles to ministerial appointments,” he said.

He recalled Mr Barilaro had asked for this information “ASAP”.

Mr Brayford explained it was common to treat a request from any minister as “your number one priority to deal with [it] immediately”.

Mr Brayford was asked whether he had contacted other ministerial offices about the Cabinet submission.

“I recall having a conversation with the Deputy Premier and he said to me that he would talk with the other Ministers,” he said.

It’s believed Mr Barilaro made the submission to Cabinet on 17 September; Cabinet adopted it on 27 September.

That date also became Mr Barilaro’s last Cabinet meeting as he announced his resignation on 3 October, one week later.

This was despite then-Premier Gladys Berejiklian signing an 11 August brief stating Ms West had received the Americas role. The Cabinet submission resulted in her offer being rescinded. 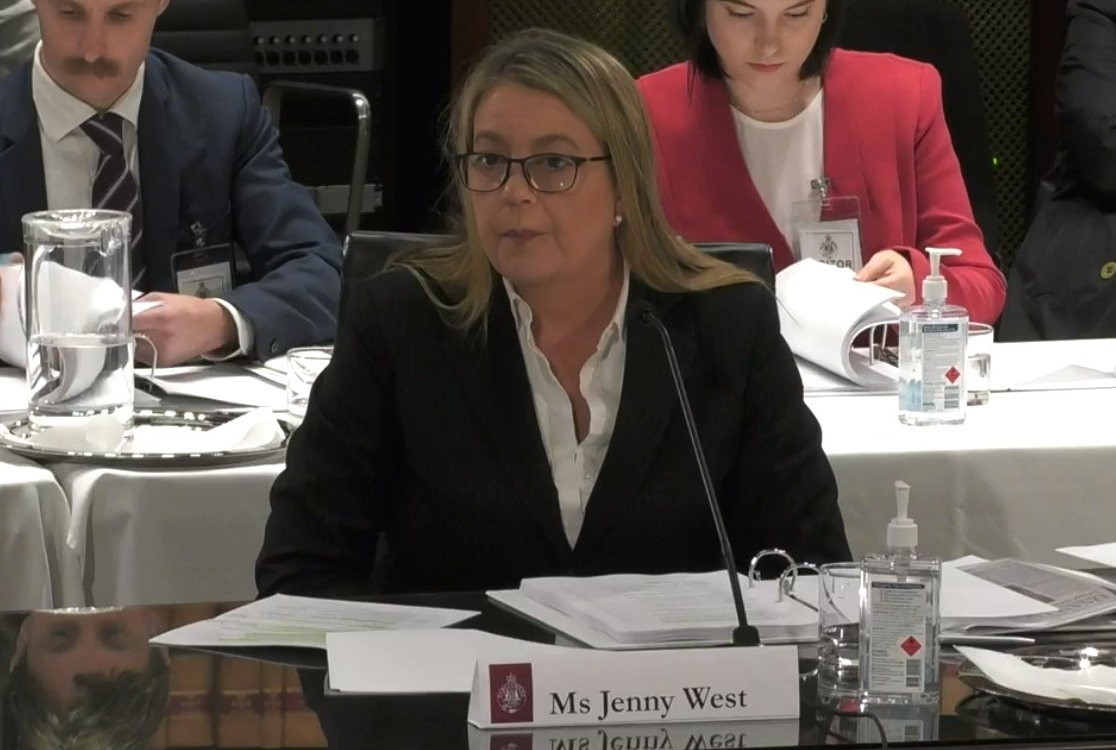 Jenny West has fronted the Parliamentary Inquiry into the appointment of John Barilaro as Senior Trade and Investment Commissioner to the Americas. Photo: Screenshot.

The inquiry previously established Mr Barilaro would have received the same briefing note, along with then-Treasurer Dominic Perrottet.

Leaked information from government members to The Daily Telegraph have alleged Mr Barilaro withheld information from Cabinet about where the selection process for the Americas position was up to, and also that he failed to let Cabinet know Ms West was the preferred candidate at the time he made the submission.

When questioned whether it was “routine” to receive direct text messages from Mr Barilaro, Mr Brayford said his interactions with his former boss were “infrequent” but he wasn’t surprised.

“Nothing really surprised me with John,” Mr Brayford said.

“You know, he is an interesting character … I don’t think I ever worked with someone so keen and so ambitious.”

However, Mr Brayford stressed he didn’t want his comments to be taken a certain way.

“I certainly don’t mean to misrepresent when I say ‘ambitious’ that that in any way alludes to [Mr Barilaro’s] own personal ambition for himself,” he said.

“What I mean is in his responsibilities as Minister … he could have joked about ‘I want to be ambassador to the moon’.”

Mr Barilaro has said he “completely” refuted claims made in Mr Connell’s statement.

“The conversation he has recalled is fictitious, false and only serves as a reminder as to why we had to part ways,” he said.

Mr Barilaro also said he had not been called by the committee at this time to give evidence.

“If this inquiry is genuine in its intent to understand the process and the truth by which I was appointed, then surely I would be called up to provide this detail immediately,” he said.

“The continued drip feed of information from the inquiry into the public domain goes against all procedural fairness.”