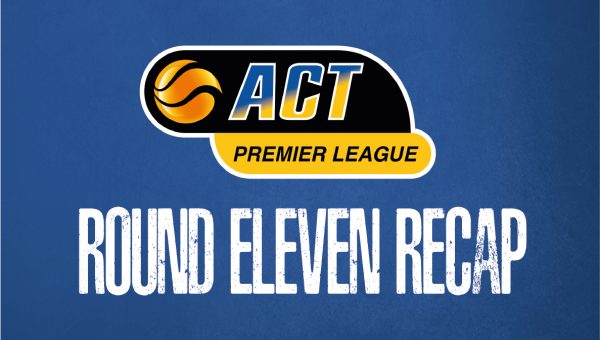 Halfway through Premier 1’s regular season, Tuggeranong Vikings are looking like the teams to beat in both competitions, while third and fourth place on the respective ladders are the spots being wrestled for. Catch up on last week’s top of the table clash and a north-south derby as Daniel Graham keeps you up to date with Basketball ACT’s Premier League. 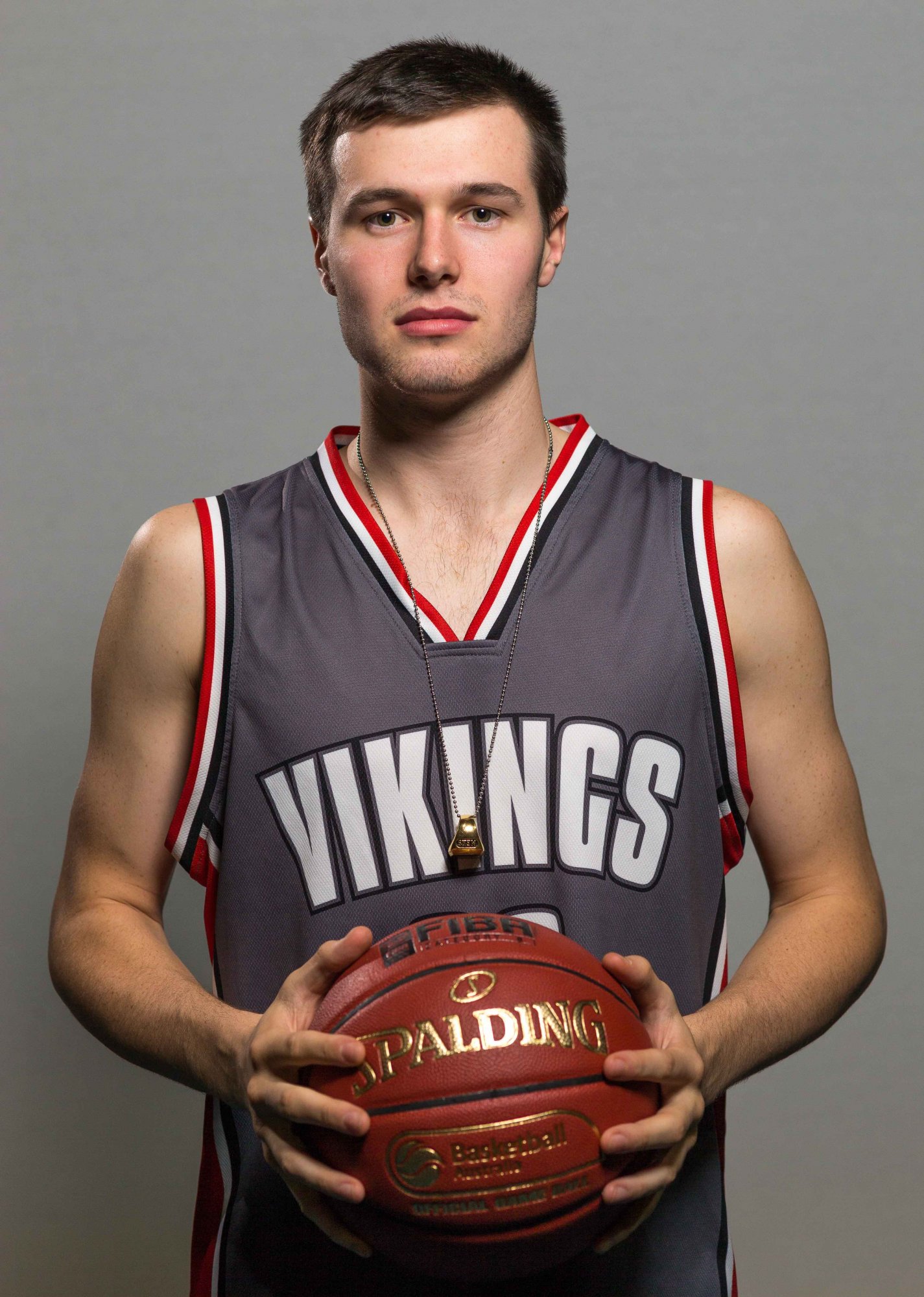 Scoring juggernauts, Vikings, put on a masterful display in round 11 of the Men’s Premier League. The undefeated Tuggeranong outfit continued to show their top of the table quality when they played host to the Ginninderra Rats last Wednesday night.

James Toohey led Vikings to continue their undefeated run with the eventual 85-102 victory, top scoring for his side with 26 points.

Rats opened proceedings with the first bucket of a tightly contested first quarter through Adam Gavranich. The second placed Rats opened a slight 7-3 opening stance between the two heavy weights before Viking, William Mayfield, answered with seven points of his own. The table topping Vikings battled for dominance through the first term, but Rats stood tall going into the second quarter down by only two points.

Vikings lit up in the second and after remaining scoreless in the first, Toohey started to enforce the side’s lead. Toohey scored eight points in the opening minutes including two threes, outing Vikings up by 14 midway through the quarter.

Rats and Gunners guard, Nathan Brown, linked up with Jonathan Tchamwa Tchatchoua for 13 quick points to get within five, but the damage was already done and Rats couldn’t maintain momentum. Vikings went into the sheds leading 40-50 at half-time.

Both teams traded buckets coming onto the court after the break. Recent U20’s ACT teammates, Nathan Brown and James Toohey, again proving vital for their respective teams. With neither side making an impression in the third quarter, Vikings lead would remain at 10 going into the final 10 minutes of the match [70-80].

Vikings increased their lead over the opening minutes with Gunners and ACT U20’s big man, Glenn Morison, showing his dominance on the boards and helping his side to a 17 points lead midway through the quarter. Nathan Brown caught fire scoring nine of his 33 points, but Rats’ defence couldn’t hold Vikings. The huge second quarter proved too much to overcome for Rats players, Vikings seeing off the tough round 11 clash 85-102 to increase their lead ahead on the Premier 1 table. 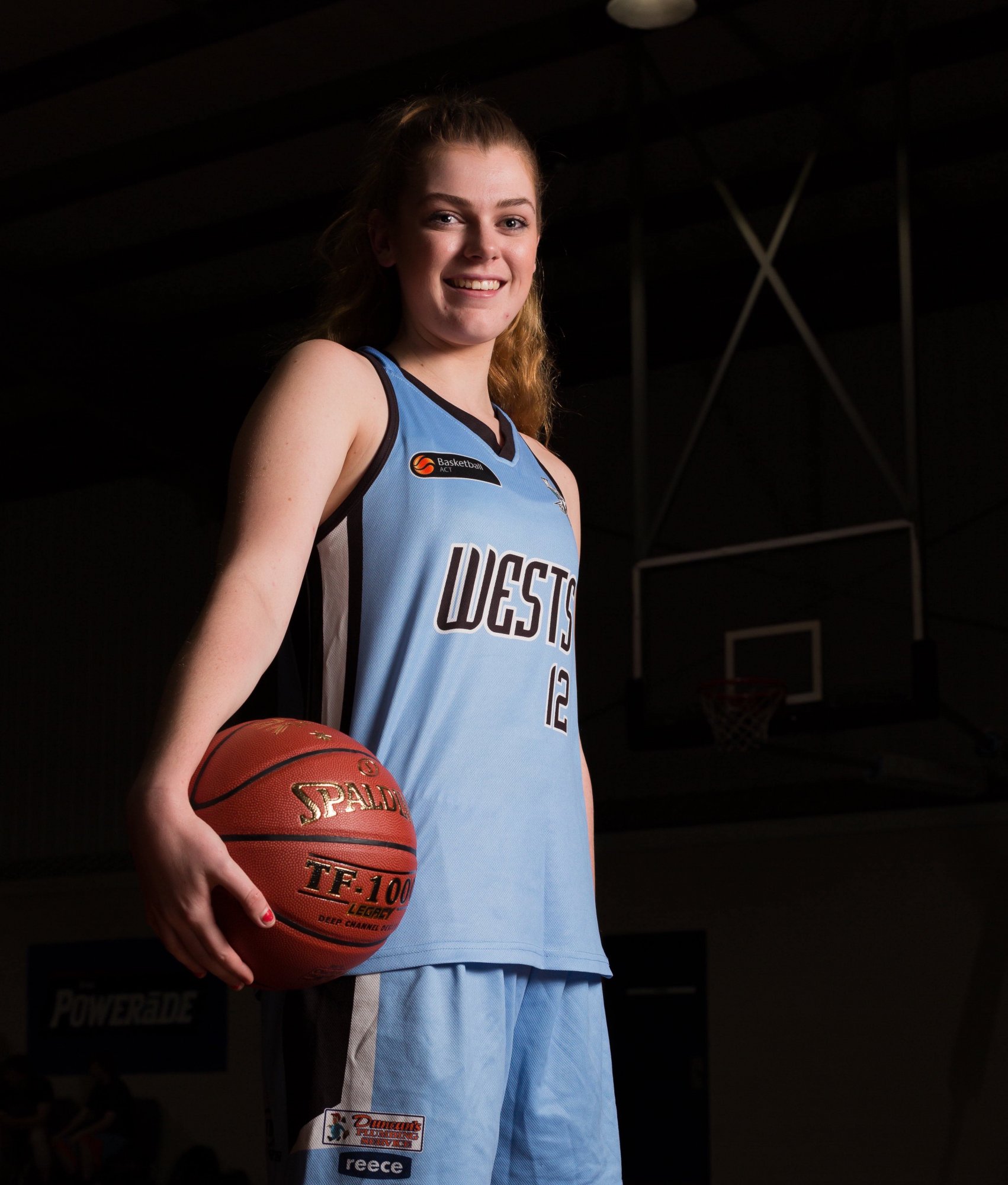 Coming into the game sitting fourth in the premier competition, did nothing to Wests’ confidence, scoring a 6-0 run to begin the game.

The league leaders, like so often in the past, replied. Abbie Davis and Molly McPhee drove Vikings in the opening quarter and although the Magpies had the upper hand early, Vikings went into the second quarter with a 21-17 lead.

Vikings would open up a comfortable lead early in the second with Sophie Anderson scoring an easy two pointer, capping off a 6-0 run which saw her side up seven. Magpies remained in touch and with Caps Academy guard, Chloe Tugliach, scoring four fast points to close the half, Wests were able to go into the break only down 32-27.

Wests ran out of the half-time break and put on some early score board pressure, with Magpie Mary Mayen scoring to get within three points of the ladder leaders. The momentum wouldn’t remain with Wests as Caps Academy and Vikings post, Abbie Davis, turned the heat up. Combining with young gun, Sophie Anderson, the pair scored six points late in the term, putting their side back in control.

Wests needed something special going into the final quarter of the game down 48-41. Sarah Davis scored early to give her side a chance, but the might of Vikings’ offence was too potent. Wests couldn’t hold Vikings from the rim and the score board continued to tick over. Vikings held on to claim a comfortable 75-60 victory and remain in first place 11 rounds into the season.

Chrissto Melba - 11 minutes ago
I used to say that Town Planning in the ACT was done by Monkeys throwing faeces at a map. But then I realised that was insult... View
David Lockwood - 1 hour ago
Daniel Ippoliti if you can squeeze two houses on a 1000m2 block and sell each at 500k is much more profitable than one house... View
David Lockwood - 1 hour ago
Karen Yang read this View
Sport 3

Gabriel Spacca - 2 hours ago
So, Victorian teachers can train their children to pass multiple choice quizzes better than ACT teachers. Cool.... View
Mark Huppert - 4 hours ago
Does it matter if ACT is number 1? What matters is whether ACT kids are developing good verbal, mathematical, problem-solving... View
Opinion 79

Darren Scrivener - 3 hours ago
What a bloody waste a money View
David Aked - 6 hours ago
No. A sensible gov does wired as much as possible. The only thing wrong with it is aesthetics. But given all the ugly buildin... View
Bill Arnold - 7 hours ago
A sensible Government would have been wire free from Day 1. View
Business 1

Robin Tennant-Wood - 5 hours ago
I hope, in the interests of animal welfare, they also have a range of non-meat options on the menu. :-) View
Tricia Hopkins - 5 hours ago
Everybody go to this cafe ... not only is the food and the vibe great ... your supporting animal welfare too . Win win View
Zoya Jasmin - 10 hours ago
Chris, no big deal, Charlie is famous. View
News 5

Erehwon Erehttou - 5 hours ago
The government put a cap on the amount that they would fund universities a year or 2 ago. So if we are talking about domestic... View
Community 1

Vander Leal - 8 hours ago
Better than try to move everyone from every corner of Canberra to Civic is to spread the businesses. Like... how... it... was... View
News 185

Grail - 10 hours ago
Is there anything preventing the ACT establishing their own police force? View
show more show less
*Results are based on activity within last 7 days

@The_RiotACT @The_RiotACT
Ever wanted to learn more about the ancient art of blacksmithing? Here's your chance https://t.co/eC68rjwDBK (4 hours ago)