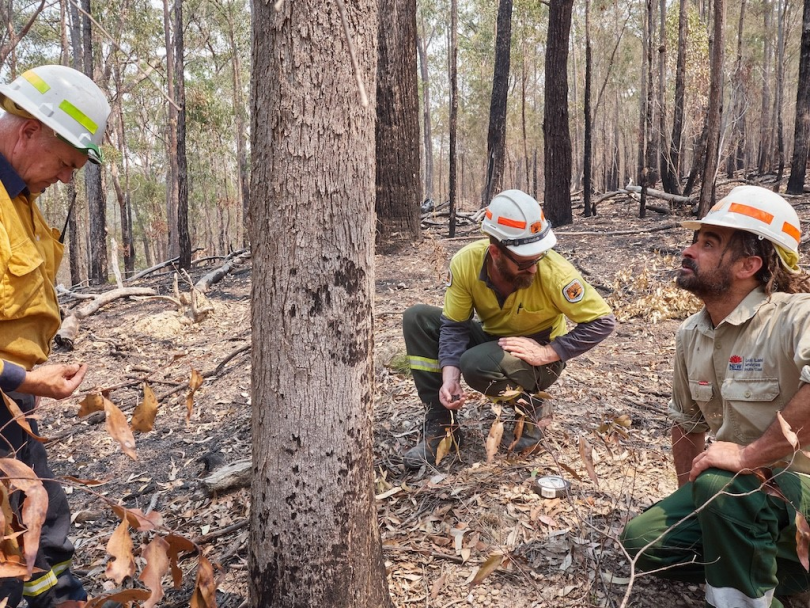 Last week, in the small window after fire but before rain, a National Parks-approved search team ventured into the burnt Biamanga National Park surrounding Bermagui to assess how recent fires have impacted the koala population.

“The very welcome news is that fresh koala scats were found on top of burnt ground at the base of a young woollybutt at the last plot site examined close to Myrtle Creek. This shows that a koala was alive after the fire,” said Dave Gallan, who was part of the group organised by Chris Allen from the Koala Action Network.

Mr Allen said that overall the outcome for koalas in the Bega Valley had been positive, with only two of the identified koala strongholds burnt.

“The fire has gone through the northernmost stronghold in the Myrtle Creek and the lower reaches of the Mumbulla Creek catchment but in both these areas, the fire has been of only moderate severity,” Mr Allen said.

He said it’s thanks to “the extraordinary efforts of local and NPWS fire crews and their support teams that there is now a well-defended control-line down the central and northern parts of the western edge of the key koala areas, a distance of approximately 30 km”.

Signs of life: Koalas are hard to spot but scat is solid evidence of their presence.

“Roger and Mark have led koala scat surveys in the area for several years,” Mr Gallan said. “It was great to have them be part of it again and also to have Dan with us as a traditional custodian of the land and to hear his perspective on the fire’s impact.” 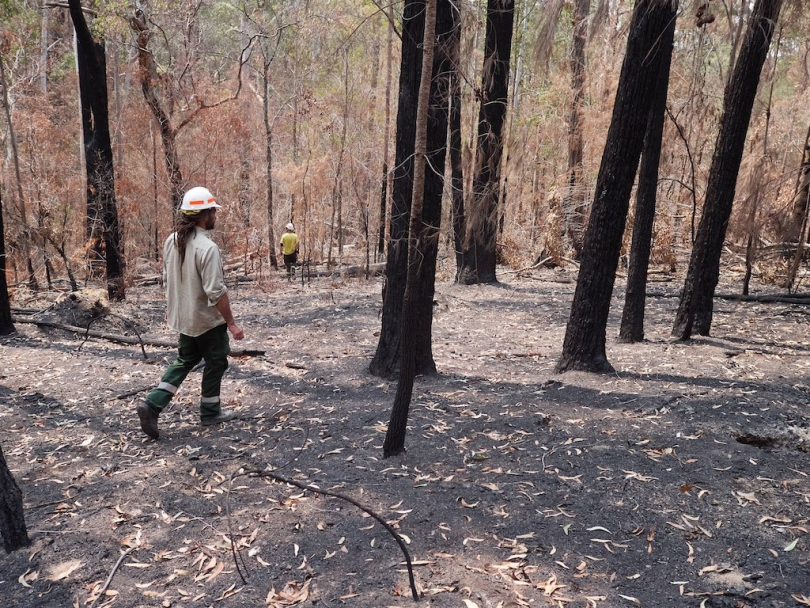 The trip confirmed what Mr Gallan had seen on previous patrols with the Rural Fire Service.

“There is evidence of cool burns in much of the area with large areas of tree canopy intact and green and we even found areas of untouched grasses on burnt ridge tops, which was surprising,” he said. “This showed that animals probably would have had time [in that general area] to move away from flames.”

The group was happy to see several apparently unhurt swamp wallabies and eastern grey kangaroos moving around the park, while also spotting scratchings from echidnas and lyrebirds, and fresh grass tree shoots and fungi.

According to Mr Gallan, there was evidence of a hotter burn on the north-west side of the park.

“The areas towards Cobargo though have burnt hot and vast expanses of black sticks are standing on the western slopes. However, even in these badly burnt areas, epicormic growth is starting to appear on tree branches and trunks.” 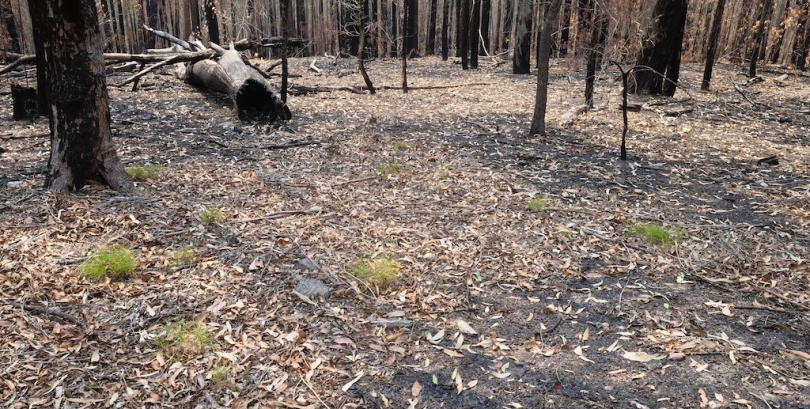 The koala population is widely scattered, extending over about 25,000 hectares.

For now, the animals will have the park mostly to themselves, as access is limited for humans due to safety concerns.

“There are many fallen trees across tracks and some had to be chainsawed to permit access. Biamanga is still a fireground with many dangerous trees still standing and it will likely be some time before it is safe for the public to enter the park,” Mr Gallan said.

An Environmental Trust-funded cultural burning program, managed by the Firesticks Alliance Indigenous Corporation, is in the final stages of planning and will likely be undertaken in autumn 2020 to protect and enhance the koala habitat.

Kalo Arepo - 14 hours ago
Were they trying to jump the queue? View
Smackbang - 22 hours ago
How about you stop passing judgement on someone you know precisely nothing about? View
Community 15