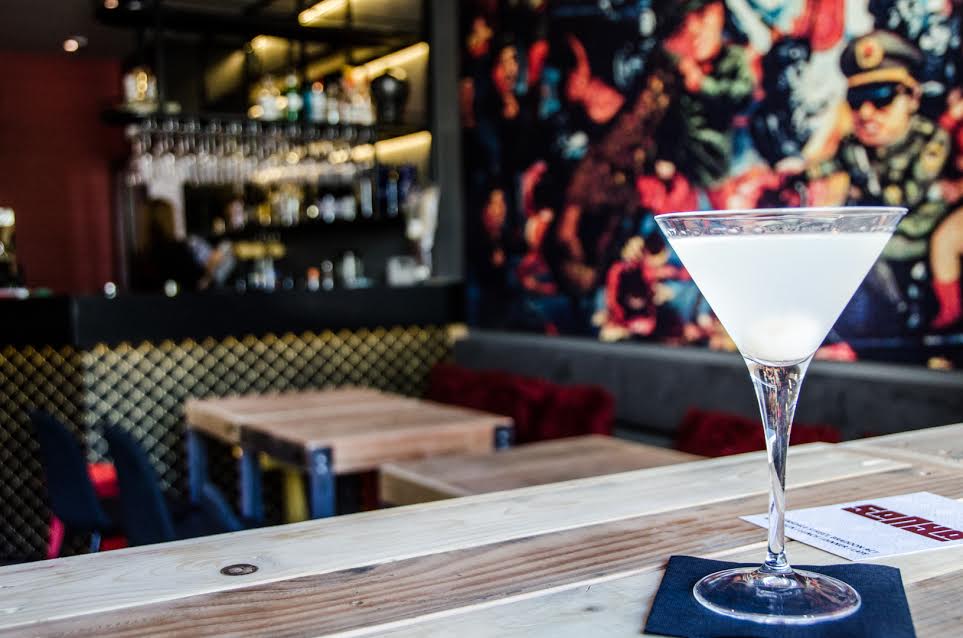 The Civic end of Lonsdale St is fast becoming a hub for new and innovative Asian restaurants. Perhaps it ought to be christened Canberra’s new China town. It is in this precinct, huddled across the road from Yat Bun Tong, near Lazy Su and Zaab, that Sanya Bar has made its hip new home. This is a place to come for the art and stay for the cocktails and food.

Australia has a long tradition of Chinese food. Nearly every country town has a Chinese restaurant, a place where people could go for a special night out. Yet reflecting the patterns of migration, most of the food in ‘Chinese’ restaurants has been influenced by southern Asian cuisines – Cantonese, Sichuan, Shanghainese and even Vietnamese and Thai. There is very little in the way of northern Chinese cuisine including the food from Beijing, which is disappointing given that Canberra and Beijing are sister cities. 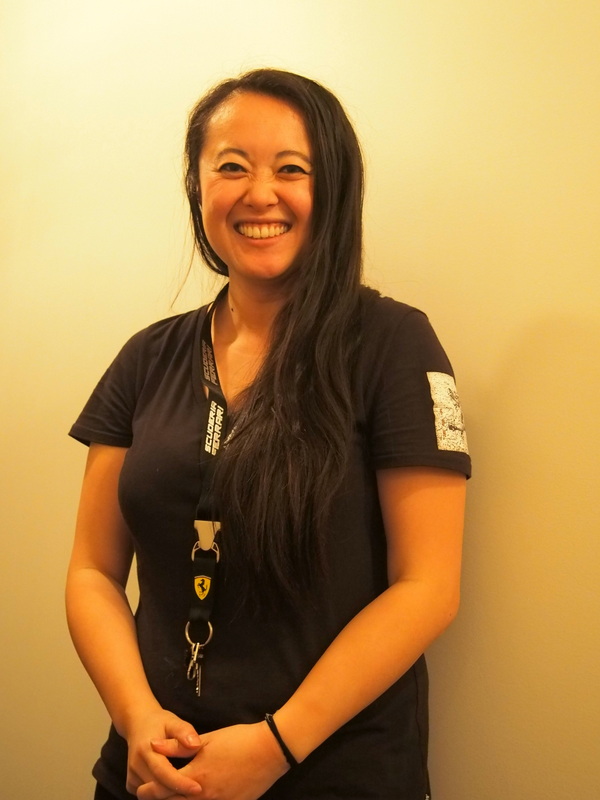 Sanya Bar is based on the northern Chinese food that owner JJ Chen, of Beijing heritage, grew up on. But it is Beijing food with a twist – some traditional elements but most definitely fusion, reflecting the food that modern young people such as JJ herself like to eat. For example, the dumplings bowl ($15 BBQ pork or marinated tofu vegetarian) for instance come served with a dollop of sour cream (and bacon and spring onions for the BBQ pork ones).

Like many restaurateurs JJ is influenced by her mother. In this case her mother is the main cook in the restaurant kitchen. But this is not a traditional story about growing up on mum’s home cooking. Back in China, mum Nancy was a career woman – a Chief Financial Officer at one of China’s major insurance companies. But that changed when the family migrated to Australia and JJ’s mum found employment difficult because she did not speak English very well. 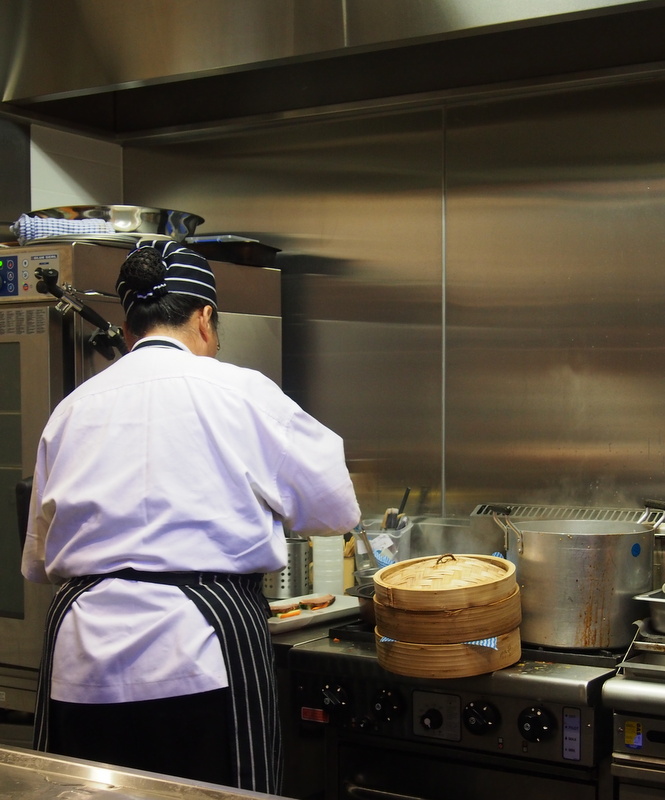 So JJ’s mum did what many migrants do, and accepted a working entry job. In this case, her mum ended up as a kitchen hand at The Australian Parliament House. She was later transferred to the Ministerial wing. One day, Bob Hawke popped into the kitchen and noticed there was someone Chinese working there. “Could you make me some dumplings?” he asked. “Sure,” she responded and thus she became one of his cooks. She also cooked for Paul Keating.

On the current Autumn menu is one of JJ’s childhood favourites – beef sandwiched between lotus root and deep fried ($9). I loved the crunchy texture. Also crunchy is the surprisingly good combination of chicken wing and banana wrapped in a wonton ($8). Deep fried wontons filled with blue vein cheese and pear drizzled with honey ($8) were sweeter and more like a dessert than I had expected – I would order them next time to conclude the meal. Of course you can’t dine in any self-respecting Beijing themed restaurant without Peking duck pancakes ($14), and here it is served in a plate of three. I was interested to see that, catering more to an Australian palate, the pieces chosen were rich duck breast rather than just the crispy skin. 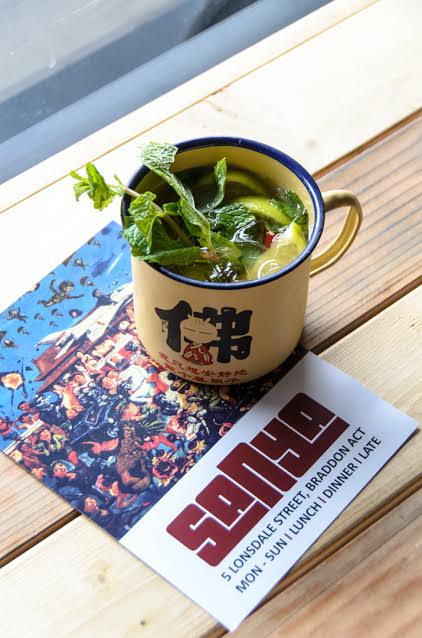 The Beijing-fusion tapas washes down well with the Chinese influenced cocktails. My friend chose a vodka, ginger beer and chilli laced Revolution cocktail, served in a Cultural Revolution era style mug garnished with mint. I went for the elegant lychee style martini made with Chinese baijiu liqueur – the ? ‘Jing’ tini. Beware those who like me want to chomp on the lychee at the end as it has serious chilli fire power. 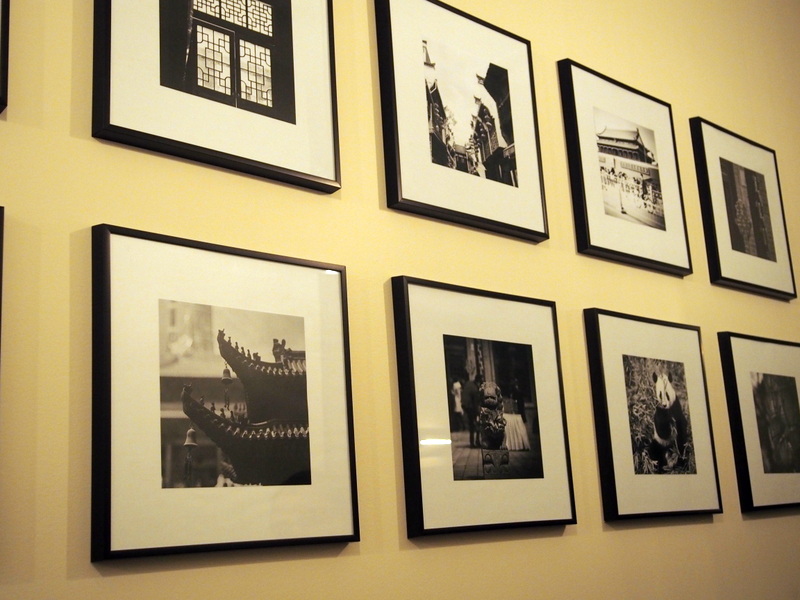 The food is good, but the art is brilliant. One of JJ’s friends just happens to be Chinese-Australian artist Guo Jian, whose works are collected by Lucy Turnbull, Sam Neill and others. Two walls are devoted to his murals. We sat at the back near one that depicted Chinese People’s Liberation Army troupes being entertained by a busty blonde Marilyn Monroe. That in itself was striking and Vietnam-era-on-the-other-side esque. But get up close and you can see how really interesting and subversive it is. The mural is really a mosaic, made up of tiny squares that contain miniature girly pictures. It is like a story, or multiple stories, within a story – almost like a joke that I am not altogether sure that I get. The other mural is a caricature like cartoon of people in Tian’anmen Square, a statement that you could only be allowed to just put in the wall of a restaurant in a democracy like Australia. 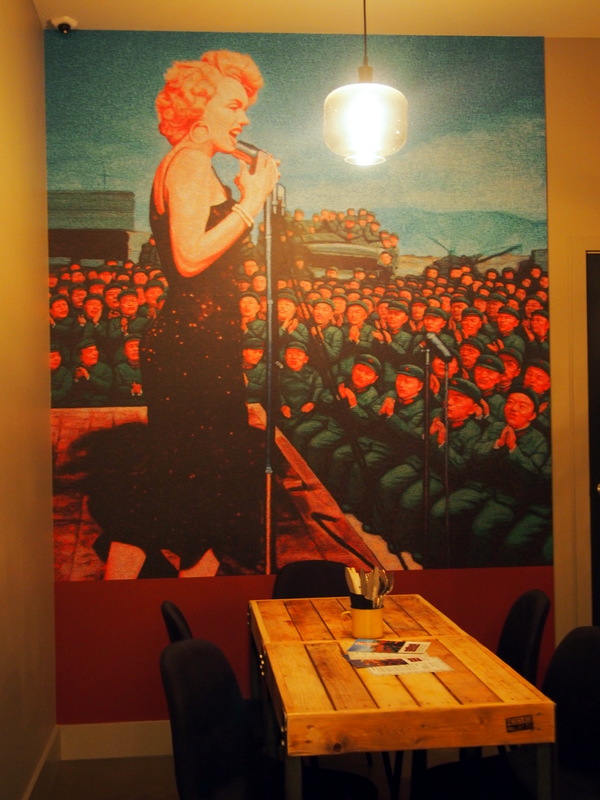 Sanya Bar’s grand opening is this Saturday 6 May from 12 noon. The event will feature a lion dance and fortune blessing by the Canberra Lion Dance Group, and the raising of the last metal lantern. Artist Guo Jian will also attend and sign his Tian’anmen wall art. Free tapas and cocktail tastings will be available.

What: Sanya Bar
Where: 5 Lonsdale St, Braddon
When: Public opening on Saturday 6 May from 12pm, $10 cocktails ever Thursday evening
What: Beijing influenced tapas and cocktails
Facebook: https://www.facebook.com/SanyaBarCBR/

Alan Wilson - 48 minutes ago
Why introduce vaccinations for the over-50s at this stage when the over-70s - a higher priority group - are still struggling... View
Community 3

chewy14 - 2 hours ago
You're still not getting it. Large scale renewable energy (wind and solar PV) is now cheaper than fossil fuels without any su... View
News 9

Matthew Soall - 3 hours ago
Maybe ANU should be more focused on teaching students then running the place like a business. View
Capital Retro - 3 hours ago
The alarm bells are ringing now: https://www.abc.net.au/news/2021-04-23/anu-unveils-162-million-budget-deficit-due-to-covid-1... View
David Hennessy - 4 hours ago
Can’t imagine this ending other than positive View
Opinion 63

Peter Brierley - 3 hours ago
If I have to follow ALL the rules to drive my car (on the road) then why are these SAME rules not applied to ALL other road u... View
nerdfrenzy - 3 hours ago
I use a scooter to commute to and from work everyday. I'm always aware of people sharing the bike paths that I use. I do find... View
Jaeme Ogilvie - 3 hours ago
Escooter owners are not a problem as rule, I think its super important they are not grouped in here. Unfortunately there seem... View
News 5

Brisal - 5 hours ago
Then you stop and fix it. It isn't difficult. View
News 15

Lea Powell - 6 hours ago
Jenny McInnes excuse me? How many families who are not on low incomes in this country receive welfare and numerous handouts t... View
Betty Meiksa - 7 hours ago
Jenny McInnes I am sure many will be willing to move but I think they should also be given the choice to choose. Overall, I b... View
show more show less
*Results are based on activity within last 7 days

Happiness runs in the family of Canberra’s oldest Chinese restaurant

@The_RiotACT @The_RiotACT
If you haven't been able to reserve a seat at the National Ceremony and Dawn Service at the @AWMemorial, here's where you can still commemorate Anzac Day in the capital region https://t.co/Wq8WJO8byK (17 minutes ago)

@The_RiotACT @The_RiotACT
The final two stages of the transformational Founders Lane precinct opposite the Canberra Centre have topped out and are on the way to completion this year https://t.co/zQOMWRQ0q1 (1 hour ago)

@The_RiotACT @The_RiotACT
The Gang Gang Café may be tucked away at #Downer shops, but its musician owners are making a splash https://t.co/RRXY5ACYgx (2 hours ago)