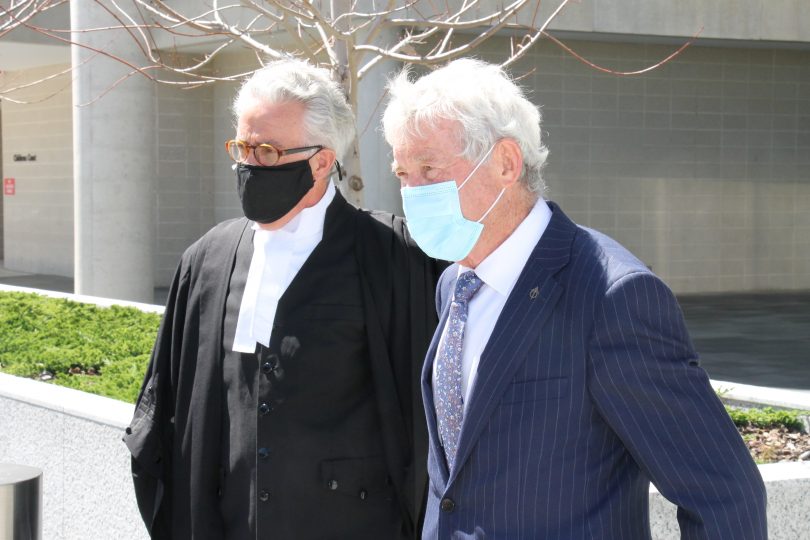 Barrister Bernard Collaery has won an appeal in his whistleblowing case, with a court ruling against an order made to keep large parts of his upcoming trial secret.

Witness K pleaded guilty to his role and was sentenced earlier this year. But Mr Collaery is fighting charges alleging he breached the Intelligence Services Act by providing information from the Australian Secret Intelligence Service (ASIS) to ABC journalists and that he conspired with his former client to give such information to the Timor-Leste Government.

In June last year, the ACT Supreme Court’s Justice David Mossop made orders under the National Security Information Act to prohibit the public disclosure of certain evidence that may be given in his trial, orders sought by former Attorney-General Christian Porter.

The orders would have meant that significant parts of the trial would be held in secret and people involved in it could not publicly disclose those parts even once it ended.

While Mr Collaery accepted some information was sensitive, he asked for several matters to be publicly disclosed and appealed Justice Mossop’s order.

On Wednesday (6 October), the ACT Court of Appeal’s three judges said they accepted that the public disclosure of those matters would involve a risk to national security.

“However, the court doubted that a significant risk of prejudice to national security would materialise,” they said.

“On the other hand, there was a very real risk of damage to public confidence in the administration of justice if the evidence could not be publicly disclosed.

Bernard Collaery waits outside the ACT Courts to hear the decision on his appeal on Wednesday. Photo: Albert McKnight.

“The court emphasised that the open hearing of criminal trials was important because it deterred political prosecutions, allowed the public to scrutinise the actions of prosecutors and permitted the public to properly assess the conduct of the accused person.”

Speaking to media outside the courthouse after the decision, Mr Collaery said, “national security is always a balance”, and he supported its concepts.

“But it has to be true national security, not issues of embarrassment or publicity – that’s the real issue,” he said.

He said Wednesday’s decision was “a beacon to lawyers”.

“Today is a high point in what the true role of advocacy and justice is, and I’m so grateful to my team of lawyers,” he said.

“Without them, I might have felt the same crushing burden that my dear, dear client, and patriotic client, Witness K felt.”

He said the case had been sent back to court before Justice Mossop on a single issue, on whether there can be judge-only evidence, so there was “an unfinished aspect of the question of open justice”.

The appeal had been unanimously allowed by Chief Justice Helen Murrell and Justices John Burns and Michael Wigney. 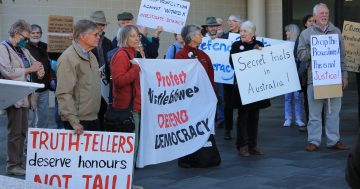