A further 400 dwellings are set to be added to the Gungahlin Town Centre. Photo: File.

Gungahlin will continue to be the boom area for new residential growth in the ACT this financial year, according to the Indicative Land Release Program announced with the recent Budget update.

The northern area dominates the ACT Government land release program for 2020-21, delivering 45 per cent of the total number of dwellings expected to be built on blocks coming on to the market, as well as two new suburban commercial centres and land for a new school.

The government released its Indicative Land Release Program in the recent Budget update, but only for 2020-21 instead of the usual four-year forecast due to the Budget delay until after the October election because of the pandemic.

The government has taken the pandemic’s impact on migration and population growth, and the subsequent dampening of demand into account and this year’s release is about 1000 dwellings down on 2019-20.

It shows 1368 dwellings are slated for Gungahlin out of a total of 3043 across the ACT, including the last release in Taylor, making up the single biggest number of dwellings at 588.

In the Gungahlin Town Centre, 408 dwellings are expected, including a 23,000 square metre release for mixed-use development. 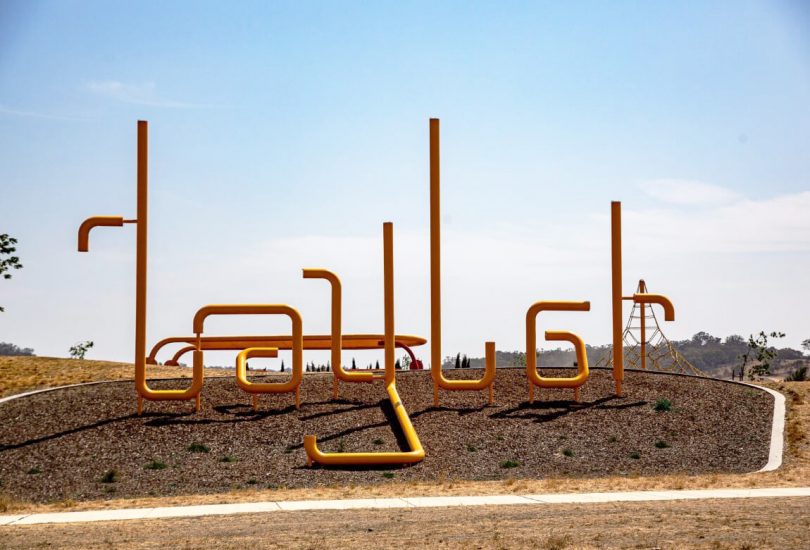 The last release for Taylor at 588 dwellings is the biggest for the whole of Canberra. Photo: File.

In the other big greenfield area, the Molonglo Valley, 828 dwellings are envisaged, including 510 in the new suburb of Whitlam.

A further 300 dwellings are set to be released in the new greenfield suburb of Strathnairn in West Belconnen, which is offering a diversity of land and housing types.

Strathnairn is the first suburb to be developed as part of the Ginninderry development, a joint venture between the ACT Government and Riverview.

Ginninderry is a six-star Green Star Community that will deliver a total of 11,500 new homes over the next 30 years as a cross-border development on land in the ACT and NSW.

In the burgeoning Belconnen Town Centre, land for a further 500 dwellings will come on stream, with 20,000 square metres for mixed-use development.

Other releases include 30 dwellings on 8000 square metres of community land in Calwell in the south and 17 in Oaks Estate on 4380 square metres slated for mixed-use development.

This is equal to 16.2 per cent of eligible residential sites planned for release in 2020-21, although Whitlam, Taylor and Throsby has been excluded from the target calculation as these suburbs already have an allocation of such dwellings from previous years. The government’s Affordable Housing Strategy has set an overall target of 15 per cent.

An 18,000 square metre industrial site due for release is the last land available in the Hume industrial estate.

That it, squeeze those peeps into their tiny houses.

Mr Barr, in his inaugural speech to the Legislative Assembly in 2006, decried the cost of housing in Canberra as “horrifyingly unaffordable”.

“The major factor contributing to the decline in housing affordability in Canberra has been the increase in land prices,” he said in 2006.

Actions speak louder than words. Proof ACT Labor is actually working to worsen housing affordability, presumably so that older Australian’s continue to accumulate even more wealth at the continuing expense of predominantly younger Australians given the choice of paying more for less or renting. Young Canberran’s beware – a vote for Labor is a vote for Serfdom. Don’t be fooled that inflating land prices to infinity is a magic recipe – it’s been tried many times before now in many countries and doesn’t end well. It very much looks like we are in the death throes of this debt cycle.

It will be interesting when the land release in Gungahlin comes to an end. We’ve got so many “teething problems” (that’s probably being generous) that we need to be addressed before the attention leaves Gungahlin. 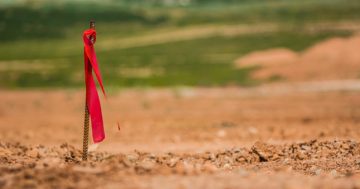