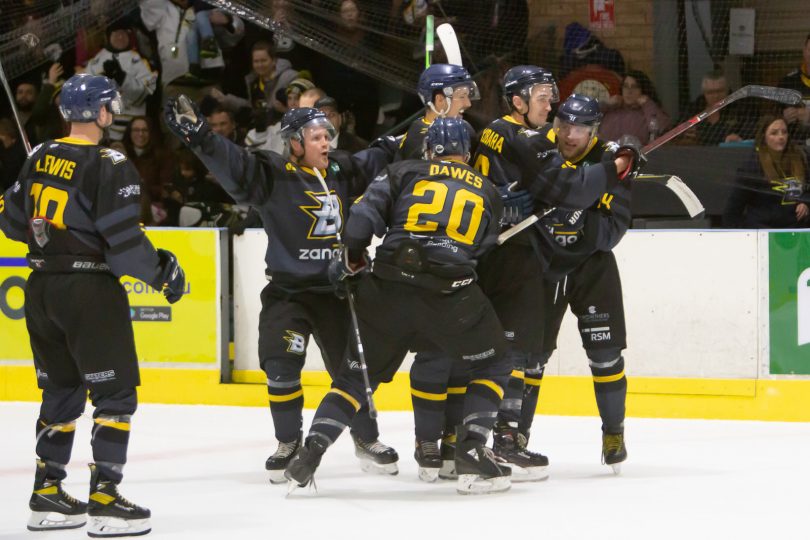 Uncertainty in sport in Canberra has become commonplace with the COVID-19 pandemic severely impacting all levels of activity.

For the majority of sports, the past two seasons have been interrupted, postponed then completely cancelled. It’s been a nightmare to say the least.

The CBR Brave ice hockey team last played in the Australian Ice Hockey League (AIHL) in 2019. Several attempts to get an abridged competition off the ground were thwarted by COVID.

Despite a lack of action on the ice, there’s been plenty off it.

Attempts have been made to establish a rival competition, the Pacific Hockey League, but the Brave has opted to stay in the AIHL as it starts the new season with six teams compared to eight in 2019. Perth and Adelaide aren’t in the league this year but they will be part of the competition in 2023. 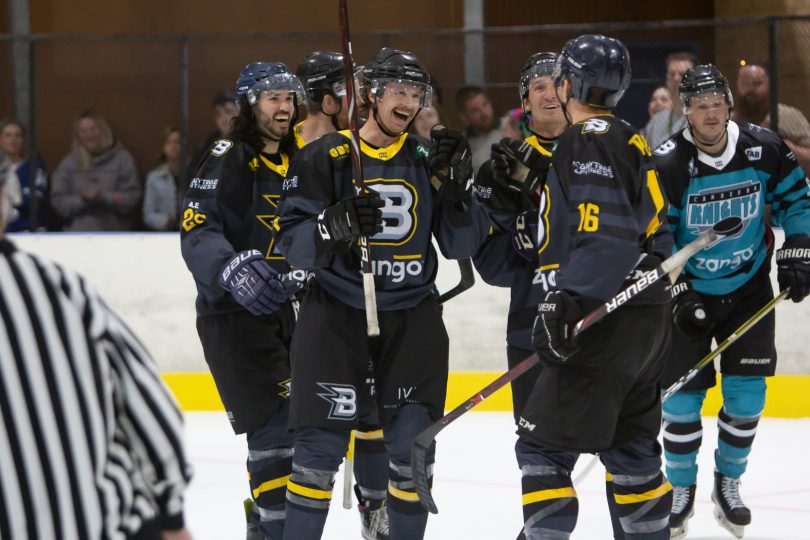 The Brave players are all smiles as they look towards the return of the AIHL. Photo: Supplied.

Three years ago, CBR Brave was the number one side by a considerable margin through the regular season before being eliminated in the semi-finals.

Now, as the Brave players prepare for the first national season since the heartbreak of that finals series, there’s optimism in the air.

CBR Brave will play 20 regular season games with 10 at home at Phillip as it fights for the league’s Goodall Cup from 30 April to 2 September.

Brave CEO Sunny Singh says the impending start of the season is a reward for all involved in the sport in Canberra.

“This season is the light at the end of the tunnel for ice hockey fans in Canberra,” Sunny says.

“We’ve fought and battled our way through the challenges of the last few years and survived thanks to the support of our community. We’ve come out the other side and I say with 100 per cent confidence that there are incredibly exciting times ahead for the Brave.

“There are people behind the scenes who have kept the club going over the past few years, who’ve donated their time, effort and money.

“This season is all about showing them what it was all for. They know who they are and hopefully we can reward that by bringing the Goodall Cup back to Canberra.”

Up to 80 per cent of the 2019 squad, along with coach Stuart Philps, will return for the new season.

Alex Bowler lets get into it

How do we get tickets to watch the game