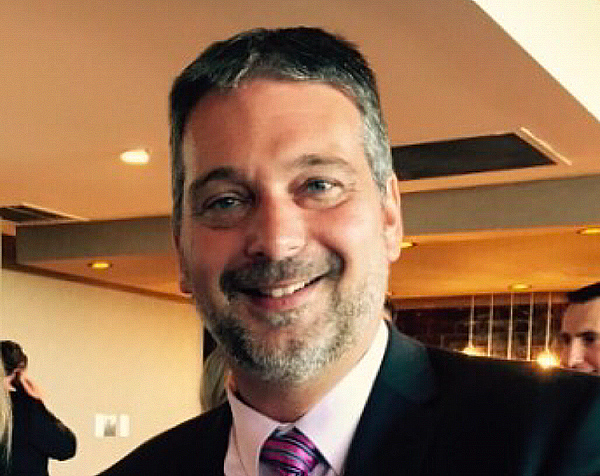 Manny Notaras is a nice guy and I am not surprised that he is well liked by the local community. His business plays host to a wide variety of local personalities on a regular basis. Recently, I had the privilege of interviewing him in his restaurant, Caphs, which he has run and owned for over 20 years. A good Greek boy from a close, supportive Greek family, but born and bred in Canberra, Manny loves this city and especially, the community he lives and works in, situated in the heart of Manuka.

Whilst we were in conversation, several patrons visited and greeted him personally, including a local MLA, other successful local business owners, and the son of one of the most notorious property moguls in the city. They all know him. They all greet him personally and I suspect they all like him.

Manny’s family has been in business from the get-go, after they arrived in Canberra almost 50 years ago. His father, a businessman, taught his son that a strong work ethic is the most important thing for him to get ahead. (This seems to be a recurring theme in business – a given, if you like)

Manny is now teaching his own son (the eldest of four), the value of working hard in the restaurant and behind the bar. He confides in me that he would love his four sons to take over the business one day, and that it could stay in the family. His eldest son already working there, is keen. The other three are still too young, but time will tell.

As a school boy, Manny was never one who was very academic, and amongst his schoolmates all those years ago, many of them made it big time in their business lives, despite that same shortcoming. Some ended up in the building trade, others in hospitality and yet others in property, and so it goes. They all made good, despite not acing it in school. Therein lies a message about life being an education, not just school, and proof that you can make it in this world if you have the right attitude and that strong work ethic that Manny mentions many times over during our interview.

He started his working career straight after school in the real estate game. Manny has always liked real estate he confesses, so it was a ‘no brainer’ to find a successful real estate firm to join and that’s just what he did. He was in sales for a short time, until he moved into property management, and that’s where he learned some important lessons about people. Manny was (and still is), a very trusting man but the lesson he learnt way back then, was that people are not always who they seem to be. He trusted people he shouldn’t have, and he learned that going with your gut feeling about people is a wise thing to do. It’s about the choices we make in everyday life – so many turning points, and if you choose the wrong one, then you lick your wounds, learn from your mistake and get on with it.

At the same time, he was working in real estate, he had a second job in hospitality, waiting tables and saving enough to get into property investing himself, which he did quite early in the piece. Then, when he realised that real estate was not giving him the reward that working for yourself could provide, Manny started entertaining the idea of his own business. He was working for relatives at that time, who owned Caphs and they were wanting to get out of business to retire. So, Manny made them an offer and the restaurant became his in 1991.

Working long hours and seven days a week for a long time, Manny built up the restaurant to its prominence today. What is amazing about the way he runs the restaurant is the way in which he treats his staff. He believes in looking after his staff and this is evident as the chefs in the kitchen have been with him from the beginning. In an industry with a high turnover of staff, he has kept several of his staff for many years. That says a lot about Manny, I believe.

In fact, one of the biggest buzzes he gets out of the business is when a former staff member comes back to visit and they have done very well for themselves. Manny mentioned a female staffer who returned for a visit after she became a prominent defence lawyer. There’s a feeling of “family” among the staff and whenever I eat in this cafe (and that’s often), the staff always come across as happy. Now I know why!

Of course, the restaurant itself has won awards and there have been some great events/celebrations held too. But mostly, it’s the staff that Manny is most proud of, and through whom he gets the greatest buzz.

Manny talks about the many charities that he likes to support and even whilst we are talking, Steve Doszpot’s annual heart fundraising appeal (through his Trivia Night), comes up and Manny promises his support again, as in previous years. Like many other “bucking the trends” business owners, philanthropy and giving back to the community is the cornerstone of each of their businesses, with few exceptions. Manny believes “that if you can, you should”.

And I would say to you, the next time you are looking for a delicious meal, convivial atmosphere and friendly staff, try Caphs in Manuka and say hello to Manny.

If you can, you should!