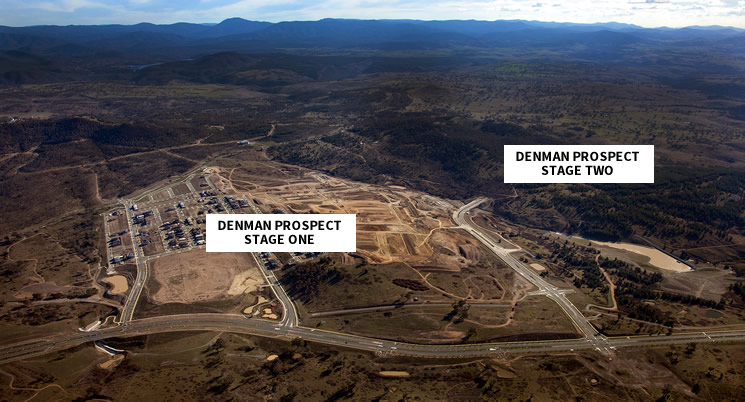 The upcoming ACT Budget will earmark $47 million to build a new P-6 primary school in Denman Prospect in the expanding Molonglo Valley, to open in 2021.

The new school will cater for 600 kindergarten to Year 6 students and 44 full-time equivalent preschool students, with space for future growth.

Denman Prospect, being developed by the Capital Airport Group, is expected to eventually comprise 4500 dwellings, with construction of stage two due to be completed by 2023.

The Government will also undertake early planning and feasibility work for a future Years 7-10 campus that will come on line as Molonglo grows.

The 2018 Budget, to be handed down on June 5, will also allocate $18.8 million to replace buildings at Campbell Primary School with new, modern learning facilities and upgrade aging infrastructure.

It will also fund a start to the promised expansion of Franklin Early Childhood School, including transportable buildings so current Year 2 students can stay on for a new 2019 Year 3 class and beyond, and planning and consultation on its permanent expansion to a full preschool to Year 6 school.

Further schools funding for other growth areas will be announced on Budget day.

Glenn Hayman - 17 minutes ago
Kathleen Beck who's complaining? View
Kathleen Beck - 5 hours ago
All fun complaining until you need police. View
William Vass - 10 hours ago
Don’t show up for a break-in but worry about scooters. What’s wrong with policing in the ACT??? View
Opinion 86

Rhiannon Davis - 50 minutes ago
Then you won't need anyone! View
Rhiannon Davis - 51 minutes ago
JeeKay Dee let me give you a fitted sheet tutorial soon, I fold them into nice flat rectangles on my own. View
Thom Vaan - 2 hours ago
Adam Angel Christine Cotter look it’s us! 😂 View
News 1

Of all the legislation that the Morrison Government has decided to prioritise, its voter identity bill is arguably the least...
News 91