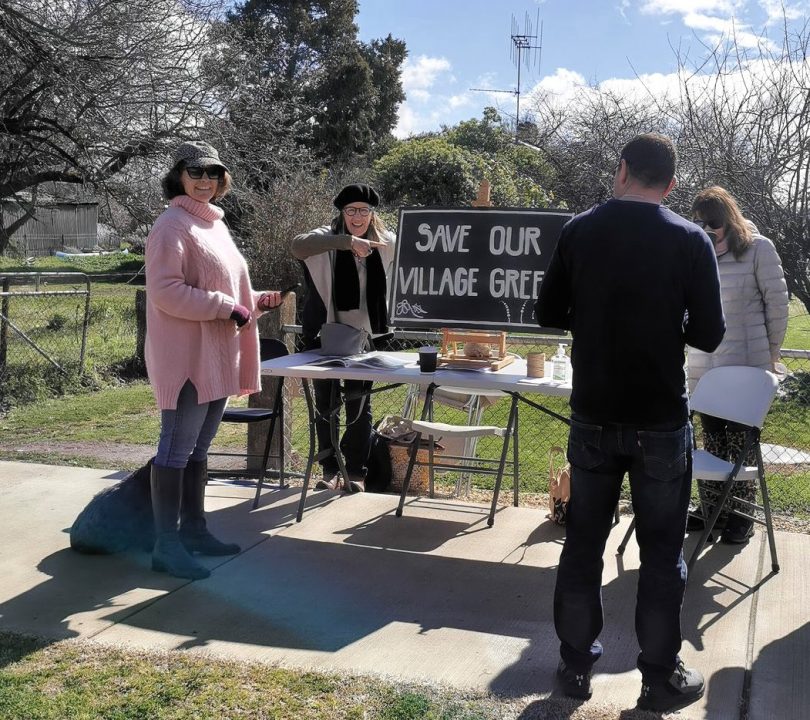 Residents of Bungendore have been lobbying the Queanbeyan-Palerang Regional Council to save their green space. Photo: Facebook.

Residents of Bungendore who took up the fight to prevent a green space being turned into a car park in the heart of the town say they are “thrilled” that Queanbeyan-Palerang Regional Council (QPRC) has agreed to reconsider the proposal.

At Council’s planning and strategy meeting on Wednesday night (9 September), a motion put forward by QPRC mayor Tim Overall to hold a workshop on 16 September to consider options before calling for tenders to construct the car park was passed.

Council has already purchased land behind 10-14 Malbon St where the green space sits for the car park to be built in between Malbon St (also the Kings Highway) and Gibraltar St, which runs parallel.

Council also resolved to consider acquiring the rear sections of 15 and 17 Gibraltar St, together with a pedestrian right of way and incorporate two green space areas in the overall design.

Bungendore resident and member of the Bungendore Village Green group Kerry Doutch said Council’s decision to consult with the community was a step in the right direction, but the group would still lobby hard to save the green space from being turned into a car park.

“We’re just thrilled that the issue is on the table and that Council is looking at it, instead of blindly putting in a big car park that a lot of people don’t want,” Ms Doutch told Region Media.

“We still don’t agree with the three designs being put forward that include a green space, but our argument is why potentially have a different green space when there is one already there?” 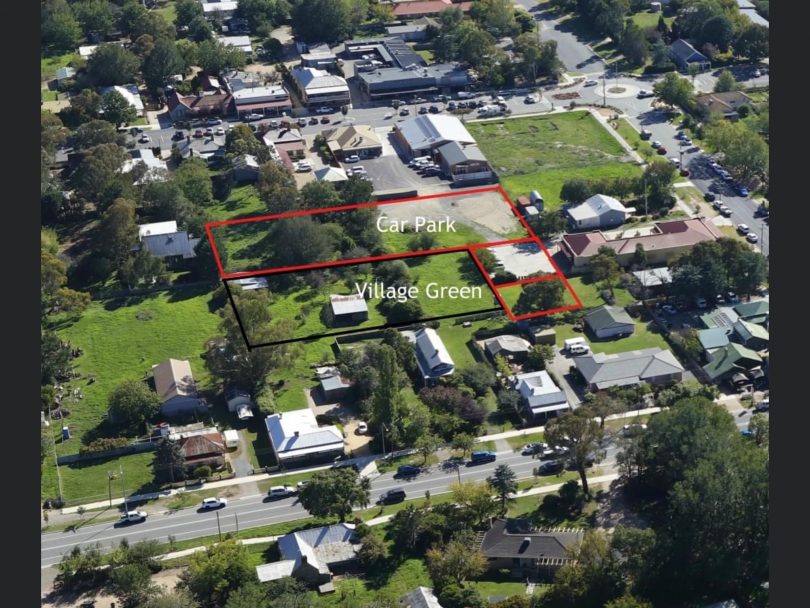 The area on red that some residents want as a car park instead of bulldozing the village green space. Malbon St is in the foreground with Gibraltar St at the rear. Photo: Supplied.

Council first proposed the design of a 68-space car park in July last year after purchasing land in 2007 and 2012 to allow for stage one of the project. A second stage would include a further 63 spaces, including accessible (disabled) spaces, public toilets and electric vehicle charging points.

No objections were raised during an initial period of community consultation; it was only when the potential loss of the town’s green space behind Malbon St became apparent that the community organised.

A third option includes the purchase of land behind Gibraltar Street which has been costed at $2.335 million. The first two options are projected to cost $1.68 million and $1.4 million respectively.

Concerns were also raised by a councillor that the purchase of more land behind Gibraltar Street could take a long time if the landowner pushed for a higher price over the potential sale of the land.

Council has also requested that a further report be prepared on these issues.

READ ALSO Council calls for Bungendore to be like Braidwood

“Our lobbying also found that 96 per cent of business people don’t want the car park in its present form and wanted the proposal reviewed.”

Resident Julie Prater also put a submission to Council ahead of its meeting on Wednesday night asking to defer the tender for construction of a car park.

“We as Bungendore residents welcome the motion because it puts the use of the green space back into the public arena. This is a good start to revisit the concerns raised by the community representatives who have been consistently in touch with Council relating to this matter,” Mrs Prater said in her submission.

That is such great new!