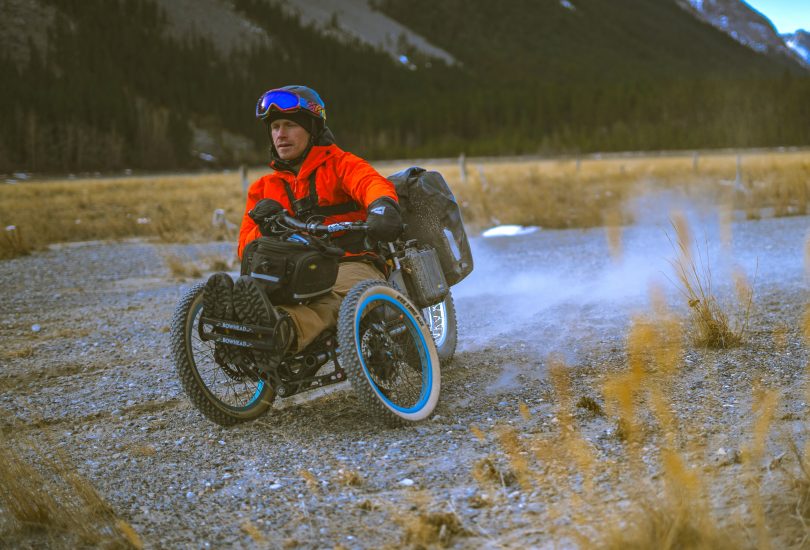 Two adaptive e-bikes similar to this one will come to Mount Stromlo in Canberra if a crowdfunding campaign is successful. Photo: Supplied.

People with a disability will soon be able to become trailblazers if a crowdfunding campaign to make Mount Stromlo’s mountain biking tracks more accessible to adults and children with disabilities is successful.

The campaign needs $60,000 to purchase and ship two Bowhead Reach adaptive mountain e-bikes from Canada to Canberra to meet the growing demand for them.

The bikes, which are designed to access existing trails, will be offered as free to hire for people with a disability, and maintained by companies The Handlebar and Cycle City Hire My Bike, which have donated the first $6000 towards the campaign.

“We are a bunch of avid mountain bikers ourselves and it’s our thrill to get more people into the sport as it increases our crew of mates,” he says.

“When we came across the Bowhead Reach adaptive e-bikes, it tied right into that vision.” 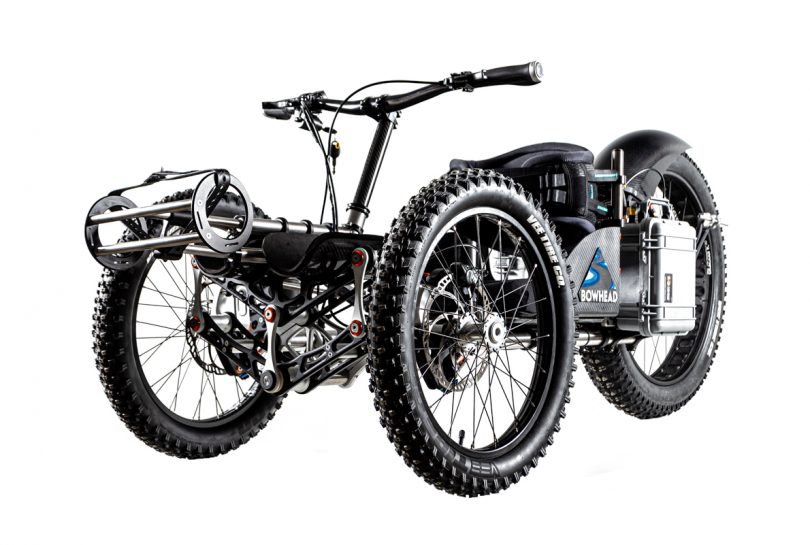 A Bowhead Reach adaptive e-bike is battery powered and adjustable for people of all sizes and abilities. Photo: Supplied.

Riders sit in a seat and are secured by a harness which can be adjusted to suit their size. If a growing rider, such as a teenager, gets a bike they just need a new seat and harness, not a whole new bike.

You can see a YouTube video of the bikes in action below.

Rowan says the bikes were designed by Canadian outdoor enthusiast Christian Bagg, who sustained a life-changing injury from snowboarding and now uses a wheelchair.

“The front end of the bike is articulated, which allows you to lean into a corner and steer at the same time, which is pretty unique for a trike and makes it a lot more rideable and more stable over rough terrain,” he says.

After being bitten by the mountain-biking bug, Rowan says the motivation for the crowdfunding campaign is to see people of all abilities riding the trails at Mount Stromlo, where The Handlebar offers a range of activities and refreshments for mountain bikers.

“The motivation is really about getting more people in the forest and being able to introduce the sport to people who wouldn’t otherwise have the chance,” he says.

“We’ve already found there’s such a high demand for this so we may eventually need more than two of the adaptive bikes.”

Rowan says the purchase of the bikes is just the start of the plan.

“Once we have the bikes available, we will reach out to existing care providers to ensure we can create a plan for the user’s time riding at Stromlo,” he says.

“We will also work with users based on their needs to provide safe access around the park and recovery options for those times when things don’t quite go to plan.”

Cycling and mountain biking skills training company rideTECHNICS will also offer its services to upskill first-time users with an introductory training course. The company will also partner with local and national disability providers to ensure there are no gaps in getting people to the park for a ride.

ACT Minister for Disability and Member for Murrumbidgee, Emma Davidson, says it is great to see the community helping create a more inclusive Canberra.

“It shows the power we have as individuals, organisations and communities to make a difference and build a better normal,” she says.

Rowan has also reached out to local Paralympian and Commonwealth Games medallist Eliza Ault-Connell to promote the campaign.

Individuals and businesses are invited to donate to the GoFundMe campaign by 30 July to support an accessible Mount Stromlo.