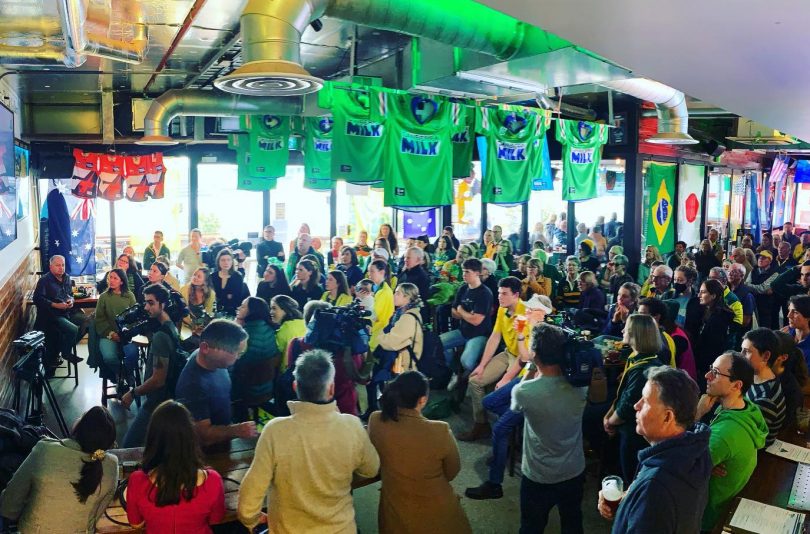 The enormity of Australia’s success in the rowing program at the Tokyo Olympics is just starting to sink in. And on a day when the women’s four and the men’s four won gold, and the men’s and women’s quadruple sculls won bronze, one of Australia’s most successful days in rowing at an Olympic Games also had a distinctly local tinge.

The gold medal-winning men’s four crew members have spent the past three years in Canberra training on Lake Burley Griffin under the coaching of Kiwi Ian Wright.

Alex Hill, Alex Purnell, Spencer Turrin and Jack Hargreaves were a regular sight on the Lake as they prepared for the Tokyo Olympics.

They went into the final as the favourites having lost only one race during the Olympic cycle in the lead up to Tokyo.

In the end, they held off a fast-finishing Romania to win gold, ending Great Britain’s dominance in the event since the Sydney 2000 Olympics.

With just 3.7 seconds to spare, the foursome dug deep for inspiration and drew on the Raiders for strength.

“I yelled out his dad’s name as I know it gets him going. And then Spencer is like, ‘come on, Raiders!’ Over the last 100 it was ‘Raiders, Raiders, Raiders!'” Alex Purnell said in Tokyo.

Letcher and Antill grew up in Canberra, both aiming for the ultimate goal of competing at the Olympic Games.

Little did they know when Letcher was competing for Radford and Antill for Canberra Grammar in their teens that one day they would be lining up in the same boat in a final at the Olympics.

Alongside Letcher and Antill in the quad sculls were Girdlestone, who now lives in Canberra, and Cleary, who spent time in the ACT High Performance program.

It was a memorable performance as they finished just behind the Netherlands and Great Britain to secure the bronze medal.

There are plenty of Canberra athletes yet to compete at the Tokyo Olympics, including the favourite in the javelin, Kelsey-Lee Barber.

Louise Earl - 45 minutes ago
I love Canberra … but yes.. Canberra has missed the boat on a lot over a lot of years! Not just AFL. View
Matt Bacher - 5 hours ago
Michael Bourke …..as you and I can attest to mate 🤣 View
News 156