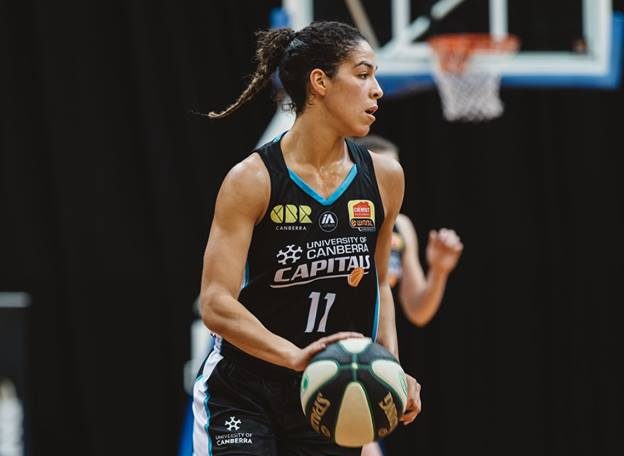 Kia Nurse has claimed the league’s player of the month. Photo: Supplied by Canberra Capitals.

The Canberra Capitals’ sizzling start to the WNBL season with three wins from four games has seen their Canadian recruit Kia Nurse and head coach Paul Gorris claim the league’s player and coach of the month accolades respectively.

Nurse has made an immediate impact on the WNBL, winning the league’s player of the month award after a terrific start to her career in Australia. With just four games under her belt since touching down in the nation’s capital to be a part of the club’s rebuilt roster, she is second on the league’s average points lists with an average of 20.25 points per game.

The 22-year-old has been playing for Canada since she was 16, has won two NCAA titles by the time she was 20, played at the Rio Olympic Games in 2016 and was taken at pick No. 10 by the New York Liberty in the WNBA draft last year, so her blistering start to the season comes as little surprise.

Nurse, who played 34 games for the Liberty, averaging 22.8 minutes and 9.1 points per game, said her award was a reflection on how the team was playing and still sees ways she can improve her game.

“It is great to play in a league where every night you are going to face some great competition and some great players,” Nurse said. “You can take and learn things from the style of a player and the way other players are successful.

“It helps you to become more aware of your weaknesses which you need to work on every single day and how to get better to be successful and to help your team be successful.”

While her start to the season has helped the Capitals get off to a great start on their quest to return to the WNBL finals, Nurse believes her best is yet to come. 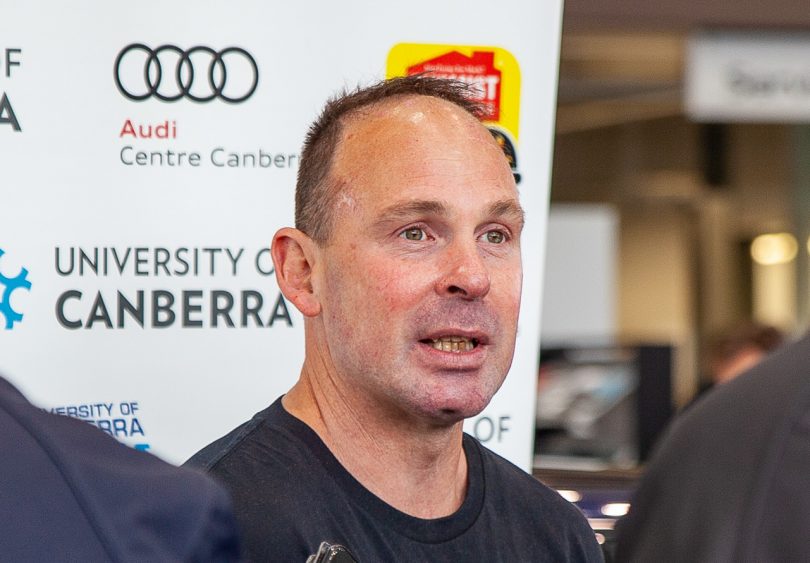 Paul Gorris overhauled the Capitals’ roster to break the club’s WNBL finals drought, which stretches back to 2011. Photo: George Tsotsos.

Coach Paul Gorris said the league’s coaching award is recognition of the players he had recruited that are making him look good as a coach after he embarked on his most ambitious recruiting drive in a bid to break the club’s WNBL finals drought.

With Opals’ stars Kelsey Griffin and Leilani Mitchell, coupled with the return of Marianna Tolo alongside Nurse, the side has announced their return as a WNBL contender and fired a warning shot to the rest of the competition.

Gorris said while individual accolades are great, the award doesn’t mean much unless the Caps win on Sunday and break their finals drought.

“It is a team effort right across the board, from the players to the coaching staff to the off-court staff. To me it’s not an individual award, it’s a reward for the things we want to get done here with the UC Capitals,” he said.

“It is the nice icing on the cake after the first month, and getting recognised for that, but for me, it doesn’t mean anything. I just want to win games and win the thing at the end of the season.”

Don’t miss the Capitals back in action this Sunday vs the Sydney Flames at the National Convention Centre. Tip-off 2 pm, with tickets available at the door.

Karen Feng - 2 hours ago
4-day work week. Those that meant 3 of those days are double pay. or does it meant we are paid one day less View
Bianca Rossetti - 2 hours ago
I prefer more flexibility options rather than stating 4 days working.. nsw are looking into school hours changing, maybe this... View
Daisy Rue - 4 hours ago
We think yes. As long as schools get adjusted to it as well. And we make sure, those that no one gets left behind in the gap... View
Property 15

chewy14 - 2 hours ago
Ian Lindgren, Of course you are correct. But that won't stop people continuing their whinging that doesn't actually address a... View
Ian Lindgren - 5 hours ago
The AWM Redevelopment Project will go ahead and the two high level reasons that it will are that it is based on need, and tha... View
Food & Wine 29

Acton - 7 hours ago
Vaccine hesitancy is a rational response to perfidious government changes to vaccine eligibility as risks rise with each AZ v... View
Futureproof - 9 hours ago
I haven't been vaccinated. I want Pfizer but get told too bad so sad, get AZ. No, I want a choice and it ain't AZ... View
Courts & Crime 1