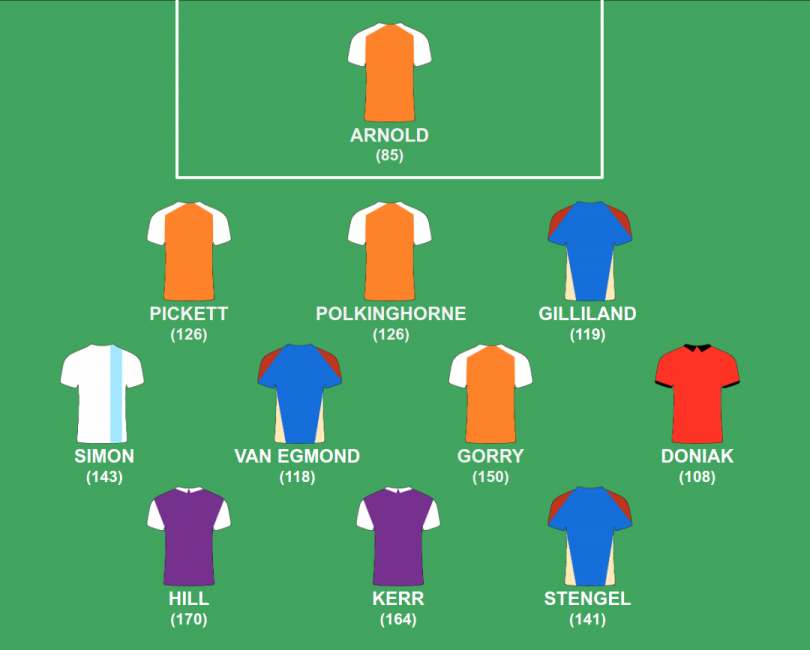 The fantasy competition was set up by two Canberra United fans. Image: Supplied.

When Canberra United supporters Nicole Blinco and Ben Laws realised that there was no publicly available W-League fantasy football competition, they resolved to make their own and created She Plays to showcase the incredible talent of women’s soccer in Australia.

“We have been working on it for a couple of years to produce a fantasy competition for fans of womens soccer,” Mr Laws said. “The main thing we want to do is try to help promote and improve engagement in the W-League. We just want to see all the stuff surrounding men’s soccer translate into the women’s game.

“We think that a fantasy competition is a fun way for fans to engage with the W-League and get to know the individual players. Our aim is to provide a site and build a community where people can do just that.”

All of the hard work has come out of their pocket and their spare time, spending up to 40 hours a week creating the website. They are not affiliated with or endorsed by the W-League or Football Federation Australia, and even taught themselves how to code.

“Neither of us has done any web development or coding before so we had to learn all of that on the fly, which was interesting but we got there in the end,” he said.

They will look for sponsorship and more deals next season but Mr Laws said the “huge response” they had received from fans across Australia had made the hard work worthwhile.

“We have around 200 teams signed up which has blown our target of 50 out of the water,” he said. “We honestly thought 50 people would be a huge success for our first year. We want to keep the competition free to play so that there is no barrier for people to participate so there is no excuse as to why you won’t sign up.

“The response we have received so far shows there is a clear climate at the moment that women’s sport is growing a lot. There are lots of people who are really passionate about growing the sport.”