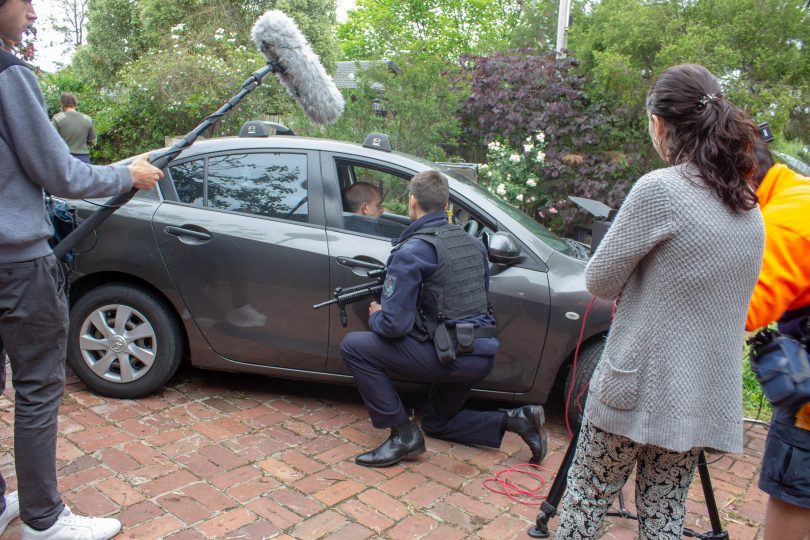 On the set of Tradies, a new Canberra-made TV crime drama. Photos: Supplied.

A self-funded Canberra-made television pilot about tradies in the national capital and their connections to the criminal underworld is set to be the prototype for a new production house in Canberra.

Local filmmaker Phillip Meddows put up the $3000-5000 cash for the pilot which had an eight-day shoot this month with a volunteer crew and cast. It is now awaiting post-production before premiering in April. Without people donating their time, the bill would have been more like $25,000-50,000.

Tradies is pitched at fans of gangster-based TV shows like Underbelly, Sopranos and Sons Of Anarchy, and Meddows said the next two to three months would be spent editing and launching a marketing campaign to sponsors, advertisers and distributors.

Meddows said the goal was to make something cheaper and faster than anywhere else but with the same quality production levels, and tap the gap in the television market where networks were relying on reality programs because they couldn’t afford to buy drama. 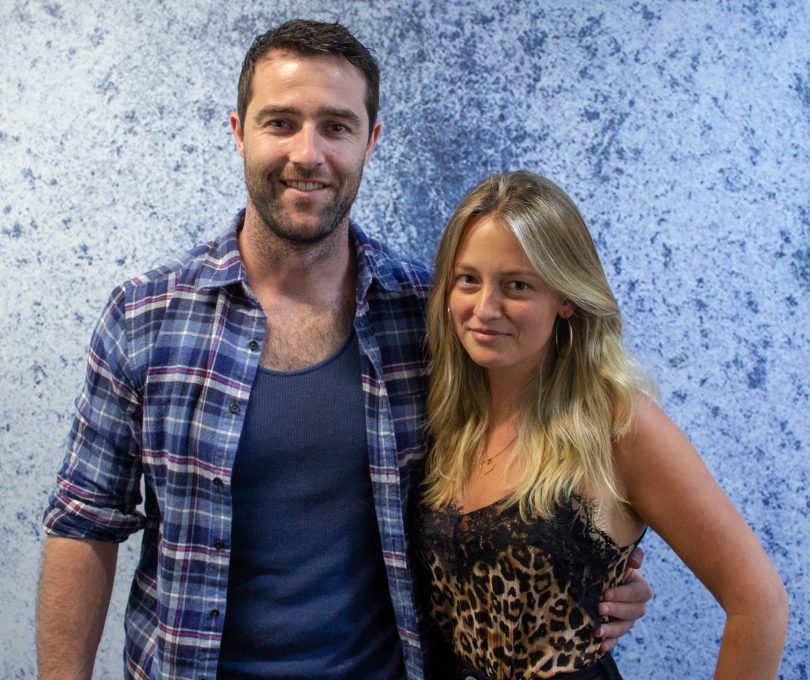 He sees Canberra being able to support a local production industry, instead of projects coming to Canberra with their own crews.

“We certainly have the skill level and the knowledge, they just don’t have the opportunity to prove themselves,” he said.

“The idea is that when we get it off the ground we have mostly Canberra people working on it and people from outside coming in to help us.”

The most important thing was to create an intellectual property that was Canberra-based.

Meddows met most of his collaborators, including lead actor John-Paul Jory and Aaron King, at Canberra Institute of Technology, with the idea growing from a couple of 10-minute episodes into a fully-fledged 45-48 minute pilot as others jumped on board and developed the script, including local playwright Greg Gould. 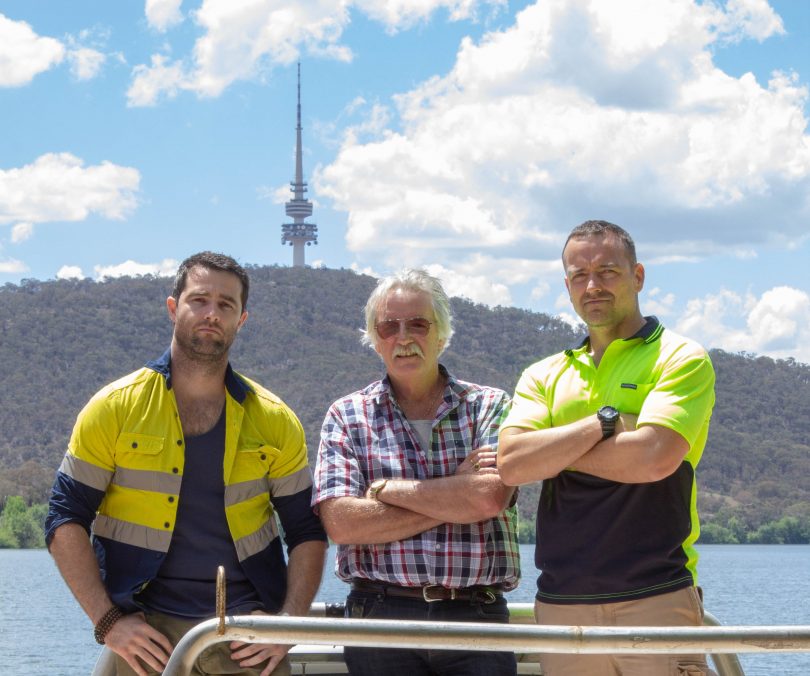 Hi-viz Canberra: John-Paul Jory and Luke Hendrickson in tradie gear, with a co-star.

The shoot, which finished last week, was tight with the normal 12-day schedule crammed into eight days, testing the crew and cast.

“They did it hard. We had some late nights and early mornings,” he said. “But I think they really appreciate the fact that Tradies is something quite special that will not only benefit us but the entire Canberra community.”

While a flurry of TV dramas have been shot in Canberra in recent years including The Code and Secret City, Tradies doesn’t set out to showcase the national capital.

“We haven’t focused on featuring Canberra as the motif of the series,” Meddows said. “Most of the locations we’ve used were to illustrate the story rather than highlighting the location.”

While Tradies was shot in some “really cool places”, such as Geoscience Australia and by Lake Ginninderra, Meddows has avoided postcard views of Parliament House or the War Memorial, although Black Mountain Tower does make an appearance.

Callan could be interesting 🤔

Shawn Gardiner what u mean? Works when I click it? 🤔

Shawn Gardiner you gonna feature in this tv show? 😂😂

do one called politicians and there connections to the criminal underworld. true story

Check it out Paul

Ben this should be good

Does Andrew Barr get a staring role?

David Brown I’m sure there will be a few Geocon buildings and rainbow roundabouts featured! 😉

They must be using actors. Real tradies wouldnt turn up for filming.

Plenty of material to work off.

There’s only so many Kias that can be credibly incorporated.