Canberra Poetry Slam at the Front 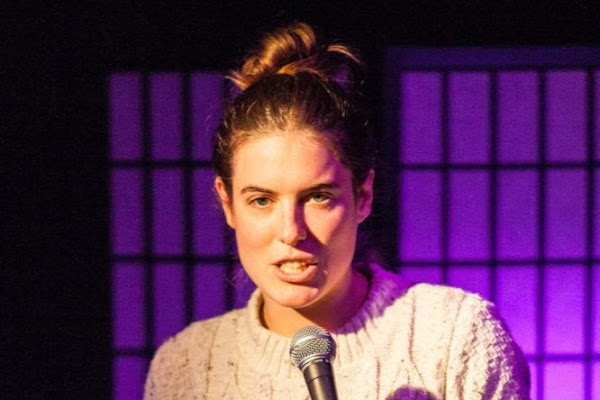 Canberra’s only poetry slam named after Canberra is at the Front next Friday (the 27th) and it’s featuring local slam poet and championship boxer Ellie Malbon which will be all sorts of awesome.

One of the things I just claimed isn’t true.*

Canberra Poetry Slam returns on the 27th of September, with the lovely Ellie Malbon as our feature act.

Hosted by JC Inman and a Minion of his choice!

*It was the first thing. It’s not named after Canberra, it’s just an amazing coincidence that that’s where it takes place.

Mark Katalinic - 59 seconds ago
It'd be nice to see cyclists using the infrastructure already in place. See cyclists merrily ignoring the cycle path 2m to th... View
Margaret Freemantle - 7 hours ago
Colette Robinson and bells!! View
Colette Robinson - 11 hours ago
As both a pedestrian and cyclist on shared paths, I am so sick of the arrogance, double standards and behaviour of certain cy... View
Property 33

Carly Maree - 9 hours ago
I love how people act surprised when this city has some of the worst crime I’ve ever encountered? I lived in Sydney for 8 y... View
theroundone - 20 hours ago
Who's getting punished, though, asides from law abiding rates payers in this city? A racial or sexist epithet is treated more... View
News 1

HiddenDragon - 12 hours ago
The report aired on ABC Canberra news tonight about the devastating impact of the hailstorm on important crop resilience rese... View
News 12

mark boast - 13 hours ago
Why the rage against e-scooters? I ride the paths a lot on my bike and for the most part I see people behaving well and enjoy... View
Food & Wine 28

Rohit 'Swarley' Singh - 16 hours ago
The old demand a 50 upfront then charge you cause you're cooked again View
Buck Johno - 1 day ago
From what I remember of night rider busses it was only over summer. View
News 7

Due to unique circumstances, I am one of those Canberrans who had to endure a daily COVID-19 checkpoint at the...
Property 33

Corunna Farm at Corunna is one of those rare properties which represents a generational opportunity for a landmark holding on the...
Property 32

@The_RiotACT @The_RiotACT
The Dirty Sunflowers will be joining Slagatha Christie & Highland Light on stage this week. Find the details in our latest Gig Guide https://t.co/dJxSjsQRbd (10 hours ago)

@The_RiotACT @The_RiotACT
Multicultural Eats: Where to find the best Indonesian food in Canberra https://t.co/v5lPRYRs5P (11 hours ago)

@The_RiotACT @The_RiotACT
The ACT Government's about to launch its biggest-ever domestic tourism marketing campaign. What experiences would you promote to Australia? https://t.co/Oe3GbmEsGw (13 hours ago)