In uncertain times,
we give you certainty.
22 October 2018 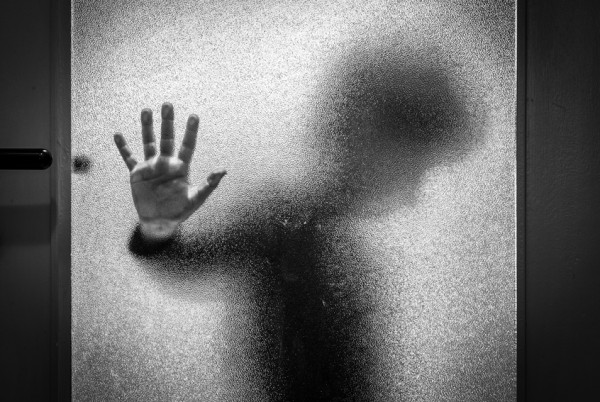 While the Prime Minister delivers an apology to victims of sexual abuse, we ask how far this will go to heal the wounds inflicted upon the victims, here in the nation’s capital.

Is this week’s national apology to victims of institutional sexual abuse a line in the sand that will finally recognise what really happened, or a hollow piece of political expediency?

Hundreds of sexual abuse survivors gathered in Canberra for the apology delivered by Prime Minister Scott Morrison following the Royal Commission into Institutional Responses to Child Sexual Abuse. But even here in the national capital, opinions are divided on the gesture’s worth.

Longtime Canberra resident Wilma Rob has chronic post-traumatic stress and dissociative disorder after surviving abuse at the Hay Girls Home. She’s battled the effects of sexual, physical and emotional abuse her whole adult life, and she’s not going to Parliament.

“I’m feeling pretty fragile and a lot of people are angry because it means nothing. It’s straight off the top of the politicians’ heads, and its all about votes. It’s all too hard especially for the males who are so damaged and angry.

“A lot of them are going up there today, not for the apology but to be around other people that understand what happened to them. They still can’t talk about it.”

Wilma believes that there’s still nowhere near enough action on recommendations that go right back to the Senate’s Forgotten Australians report in 2004, but says the damage is so vast that it’s hard to know what would really help.

“I don’t think there is anything that would make a difference for what happened to us. It doesn’t matter how many apologies or how much money – the damage has been there for all those years. So many have lost their families, they haven’t had relationships, they’ve lost their children. They’ve done nothing with their lives because they’ve been so screwed up.” 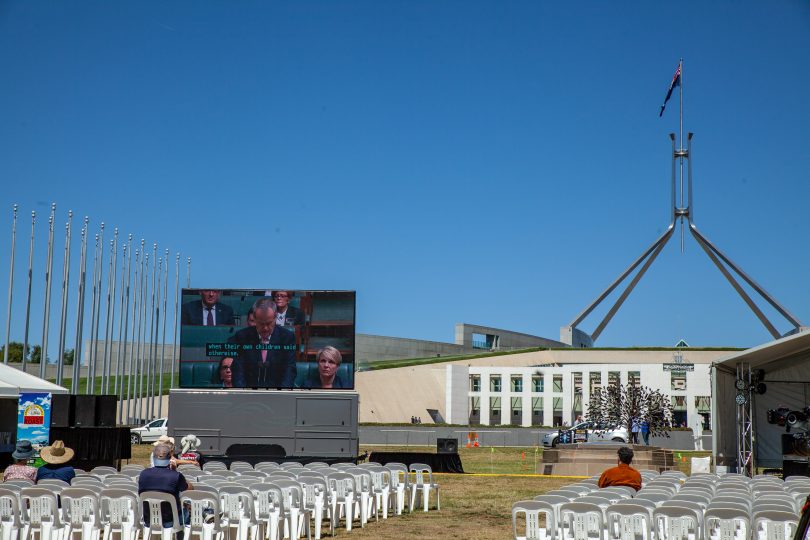 “I don’t think there is anything that would make a difference for what happened to us”. Photo taken outside Parliament house during the national apology by George Tsotsos.

Damien de Marco waived his right to anonymity when testifying at the Royal Commission about sexual abuse at Marist College, and has been outspoken about the ongoing effects on past students.

“I’ve chosen to go to Parliament because there are so many people to whom it does mean a lot. It’s this moment in Australian history. No more can the politicians place their personal interest ahead of the children.

“I think that’s the big thing. It’s the recognition that society now believes, understands and accepts what happened. The issues of why it happened aren’t discussed as much as I’d hoped.”

But although de Marco believes former PM Julia Gillard showed great courage in implementing the Royal Commission in the first place, he’s also doubtful about how deep the regret goes for government, characterising the need to apologise as “political peer pressure”. He adds that the government is still closely tied to the very same churches that were responsible for the abuse, citing the pressure that Catholic schools exert over funding as an example.

The national redress for survivors scheme began mid-year, offering access to counselling and psychological services. Survivors can ask for a direct personal response from an institution, and a monetary payment, although this is limited to $150,000.

The response has been considerable, outweighing the rate of requests received throughout the duration of the five year Royal Commission. States and territories are responsible for encouraging non-government organisations to sign up to the scheme. Although there’s currently no way to mandate this, there have been calls for churches and charities who don’t join the redress scheme to lose their tax exemption status.

And while Wilma Robb has been expecting the apology to be a tough day, she’s not giving up on her battle for recognition and redress either. “I’ve come this far, they’re not going to crap all over me”.