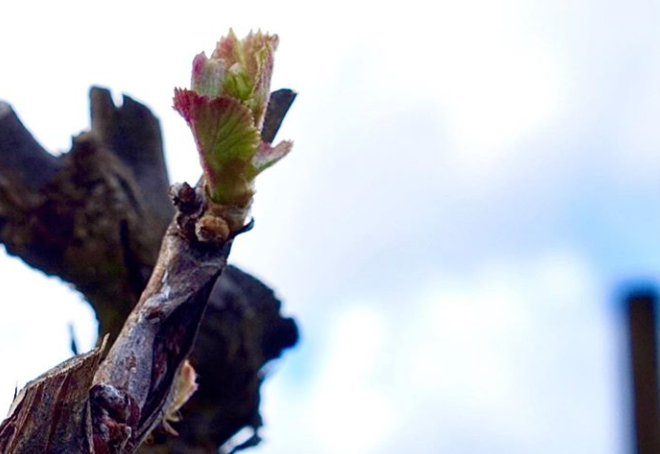 Grapes in the Canberra District wine region appear to have escaped damage from frost on the morning of Monday, 28 September. However, winemakers aren’t clear of the danger zone yet, with more frosts predicted to come in October.

Ken Helm, from Helm Wines in Murrumbateman, said he watched the temperature drop to zero at 5 am and was in the vineyard by 9 am to see if there was any damage.

“I’m pretty optimistic there will be next to no damage, which is one of the good bits of news for 2020,” he said.

READ ALSO Could lavender be Australia’s next $10 million rural industry?

While green buds have begun to emerge from their winter hibernation on the region’s vines in the past week, the leaves remain mostly curled up, protected from frost.

Mr Helm said a few green leaves are on display at his vineyard but he isn’t too worried.

“I could lose 20 per cent of my crop at this stage, but I’m pretty optimistic,” he said. “Cabernet hasn’t burst so there won’t be any damage on that, and Riesling is only just starting to poke through.”

However, a frost could do worse damage in the next few weeks as flowers appear on the vines.

“We tend to get a big frost when there is a full moon and there are two this October [Harvest Moon on 1 October and Hunter’s Moon on 31 October],” said Mr Helm. “If the flowers are out and there’s a frost, you’re in a bit of trouble.”

Tim Kirk from Clonakilla in Murrumbateman was also eager to check his vines early on Monday morning. He expects some damage, but believes it will be limited.

“We won’t know the extent for a few days as the budburst is still so small, but I think we’ve largely escaped damage,” he said.

Mr Kirk will be looking to see if any of the leaves that emerge from the buds have turned brown – a sign they were touched by the frost. The long, cold frost could also stop the buds from growing any further, he explained.

At least for the next week, the temperature is predicted to remain mild in the Canberra region.

Even the vines at Lerida Estate in Collector, where budburst started a week early, escaped unscathed.

Geoff Burton at Gundog Estate in Gundaroo also said his vineyard was hit by the frost but “only very lightly”.

“The buds look fairly intact at my place, but budburst has only just started here and we are considerably lower than those [vineyards] such as Tim in Murrumbateman so they tend to get hit worse,” he said.

A lot hangs on vintage 2021 and, as Mr Helm pointed out, let’s hope we’ve already used up all our bad luck this year.