Could lavender be Australia’s next $10 million rural industry? 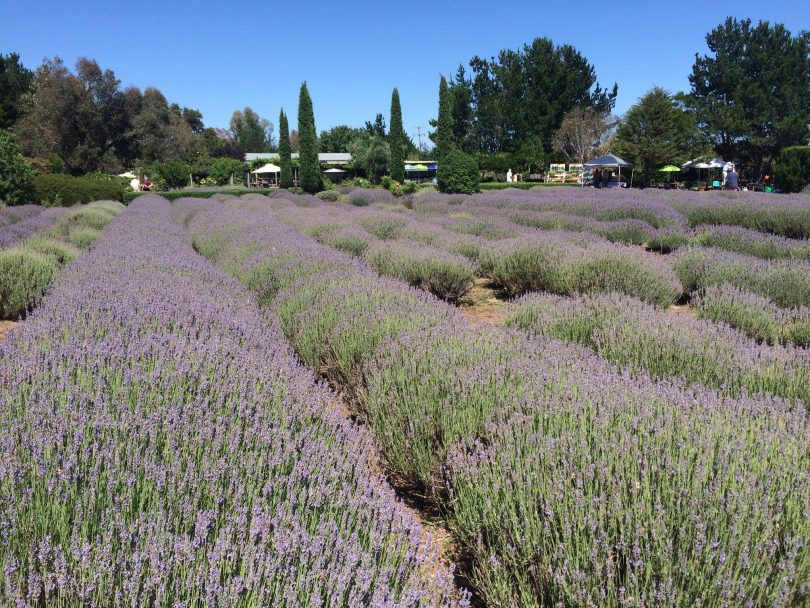 The demand for Australian lavender oil sits at 50 tons per year, but the nation’s producers make well below that level. New research by La Trobe University and AgriFutures Australia will look at how to turn those numbers around and make the country a world leader in lavender oil exports.

The research will identify the best growing conditions and farming methods for Australian lavender, using trial planting about an hour northwest of Melbourne Airport.

Researchers will map the performance of different lavender varieties and farming practices to optimise growth and production. They will also assess soil characteristics and fertiliser regimes, and develop future breeding strategies to optimise lavender quality and yield.

READ ALSO: Entering the ‘nightmare-ish’ world of the horse owner

The research will also support the development of an app to tell producers when their lavender is ready to harvest and a website that will make the research findings public.

Lavender producers such as Judith and Michael Basile, at Laggan in southeast NSW, say there is a desperate need for research and education.

They say few producers in the local lavender industry are willing to share their knowledge of growing and harvesting methods.

The couple taught themselves how to grow lavender at Crystal Brook Gardens and Lavender Farm in 1997, relying on Michael’s horticulture degree and their trips to lavender fields in France.

They also joined The Australian Lavender Growers Association in a bid to share what they had learnt and to encourage more research and development. Judith was president for several years while Michael sat on the board.

In 2011, Michael received a $68,000 grant from AgriFutures Australia – then known as Rural Industries Research and Development Corporation – to research Australian essential oil and establish a set of standards for producers.

However, few producers were willing to share samples of their oil and the research never went ahead.

Most lavender essential oils sold in Australia are adulterated, which means they are diluted with other products such as almond oil or coconut oil, and the essential oil quality is lowered.

Before the grant, Judith and Michael had been attending markets and buying products labelled as lavender oil for testing. They found most were adulterated.

“Most people don’t know the difference between fragrant oil and essential oil,” says Judith. “There needs to be more education.”

Australia is a net importer of lavender oil, suggesting there is room for import replacement. In fact, the new research project is funded as part of the AgriFutures Emerging Industries Program, which supports the emergence of rural industries that can reach or exceed $10 million revenue by 2022.

It is hoped the research will provide new producers with the confidence and information to get up and running and secure maximum returns.

Larkman Nurseries and Golden Grove Naturals are taking part in the research. They produce tubestock and essential oils, respectively.

Clive Larkman of Larkman Nurseries, in Victoria’s Yarra Valley, actually came up with the research idea and approached La Trobe University. His long-term goal is to extend the research project across all essential oils in Australia and create a centre of excellence for essential oil production.

He believes the Australian lavender industry is willing to share information, but is limited by the ‘mum and dad’ businesses which only sell their essential oils on-farm or online.

Clive says Australia needs to sow five million plants to meet demand, and that the climate here is perfect, with lavender requiring very little water or fertiliser each year once established.

“The biggest cost is the plant itself – about $8000 per acre, but that’s a one-off purchase every 20 years,” he says. “We could change the face of Australian agriculture. Hobby farmers or bigger farmers could plant rosemary and lavender and make a nice income from selling them for oil.”

A benefit of lavender production is there are few diseases that affect it, says Judith.

“The only real issue is mildew, depending on where you plant it,” she says.

“People don’t come all the way from Sydney to see us; they want to see other things and if there were other lavender farms nearby they would go to see them, too,” she says.

Another 20,000 lavender plants will soon be in the ground in Bungendore, near Canberra, according to Judith, who has been speaking to the new producer.