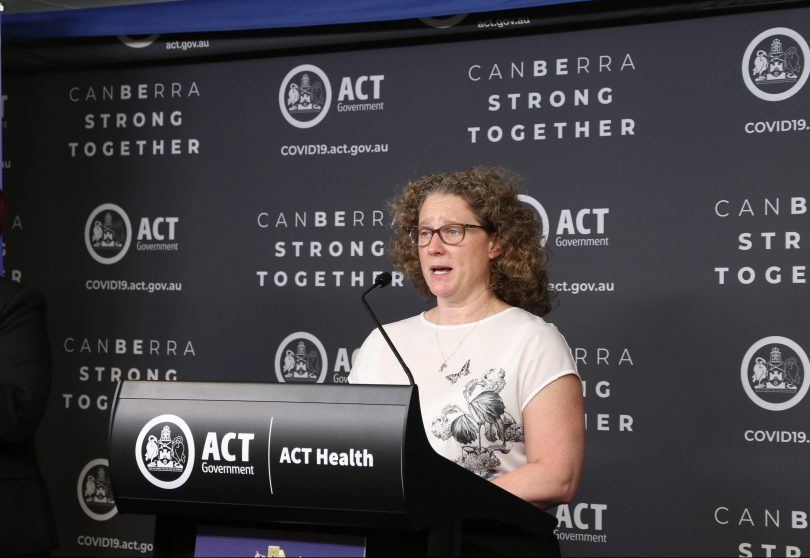 The ACT’s Chief Health Officer has warned Canberrans against travelling to half a dozen local government areas (LGA) in Victoria after a spate of new coronavirus cases in the last week.

The LGAs of Hume, Brimbank, Moreland, Darebin, Cardinia and Casey have become COVID-19 hotspots after more than 110 new cases have emerged in Victoria since Wednesday (17 June).

“While we do not have any cases in the ACT, we know that the risk of cases will continue, particularly as people continue to move in, across and between jurisdictions,” Chief Health Officer Dr Kerryn Coleman said.

“The situation can change at any moment.”

Twelve Victorian cases in the past 24-hours were classified as community transmissions, the highest single-day increase in two months.

The new cases have led the Victorian Premier Dan Andrews to reinstall some lockdown restrictions and delay the easing of others, one day after the ACT moved to the next stage of eased restrictions.

The ACT moved forward to stage 2.2 on Friday (19 June) with measures being reviewed every three weeks.

For the Territory to proceed to stage three restrictions as planned on 10 July, community transmission in the ACT must be minimal, Dr Coleman said, adding that new cases in Victoria are a timely reminder that there are ongoing risks and we need to remain vigilant.

“I will also have a look at community perceptions and attitudes to social distancing and how they are feeling, as well as business compliance.” 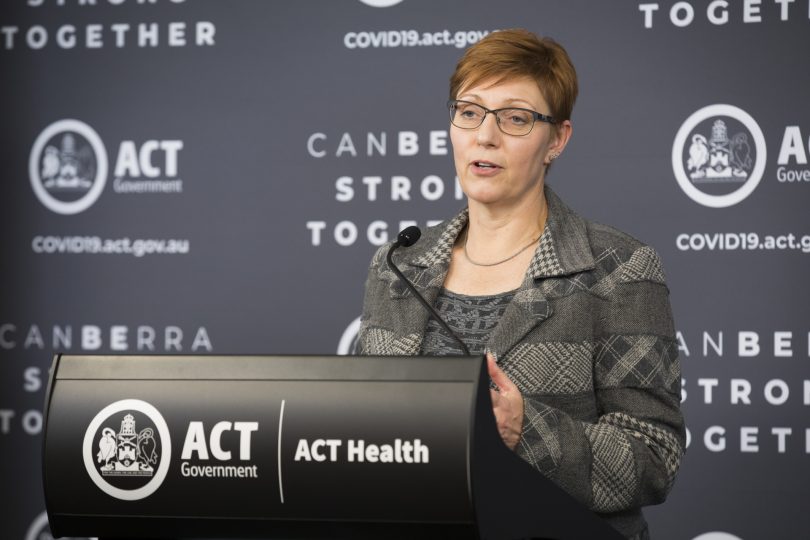 Health Minister Rachel Stephen-Smith says she is disappointed with the extent of non-compliance from businesses over the weekend. Photo: Michelle Kroll.

However, business compliance over the first weekend when restrictions allowed gatherings of up to 100 people in the ACT was described as “disappointing” by the Minister for Health, Rachel Stephen-Smith.

“There was a significant degree of non-compliance observed across the weekend following the latest change in restrictions, particularly at some larger licensed venues,” she said.

“[There were] patrons standing and drinking … some unsafe queuing of patrons and some businesses that are required to have a COVID safety plan did not have a plan they could present to the authorised officers.”

Access Canberra has been working with ACT Policing to ensure the compliance of physical distancing and other regulations in the Territory and has taken an educative approach, issuing no fines for non-compliance to-date.

Five written warnings and several verbal ones were issued to businesses over the weekend, the executive branch manager of compliance and COVID-19 response with Access Canberra, Emily Springett, said.

Follow up actions are still being considered by Access Canberra and ACT Policing in relation to some business compliance issues over the weekend.

This is simply bullying of small business people trying to make a living. The people of Canberra also want to enjoy life again without finger wagging nanny state officials. Back off.

You would fit in well in Trumps America.

This thing is real, it ain’t an imaginary thing to bully small business. I’m sure if the federal and state territory leaders thought it was all a joke we would have the restrictions that we do.

And Victoria is a good example of where things can start to turn to custard in a hurry.

Clearly, the response has moved beyond “flatten the curve”.

But what exactly is the medium to long term plan?

Suppression until an effective treatment or vaccine?

If our baseline for full reopening is zero or very small numbers, the economic pain has not even really begun.

Were these inspectors at the recent protest march ?
Just wondering cause from what I saw on the telly news of the protest , there seemed to be quite a bit of “non-compliance ‘ going on , and apparently with approval from some guvvy sources or another ? All a bit odd.