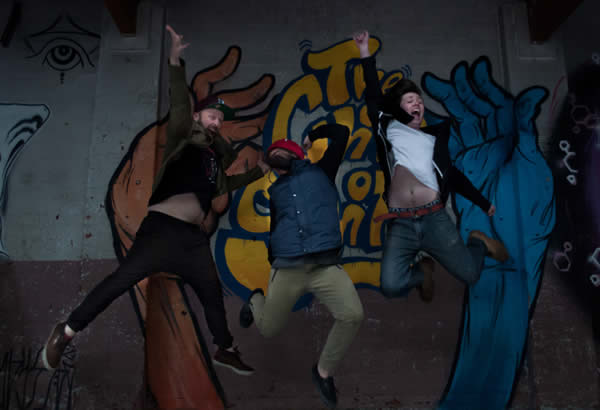 The story advances as Pat and Sancho from The Chop Shop rack up their target of $10,000 within 5 days of launching on crowd-funding website Kickstarter. As you can imagine they are over the moon.

Sancho says, “It has easily etched no.1 in my top 5 moments in life that will flash before my eyes if I ever have one of those life-threatening situations”.

Even Kickstarter are backing the Canberra duo by choosing The Chop Shop as their staff pick, giving them front page of website promotion, which exposes The Chop Shop to the entire world.

The Chop Shop is a shining example of how one little idea can sprout into reality nearly instantly when the whole town supports the vision. Congratulations Canberra. 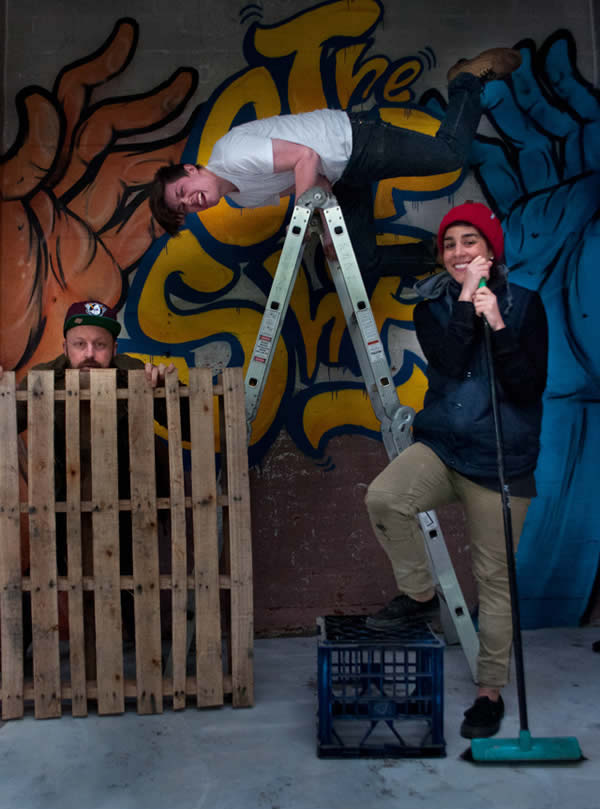 The most exciting news for the guys is having Australian contemporary artist Benjamin Reeve approach them and offer his guidance to get the project off the ground. Benjamin has just signed a deal with US brand Starter to do a collaborative launch in Australia and he couldn’t think of anywhere more desirable then The Chop Shop.

It’s not just the creative’s helping the launch. Gary Rake, Chief Executive of the National Capital Authority is also supporting the project by taking to the magistrates to overthrow the century old crown lease that states no liquor license can be held on this space. The pair has found it refreshing that Gary would invest his time to help a young initiative take off.

The project is geared towards bettering the community and giving artists a platform to showcase their work as well as sell their art with no commission going to The Chop Shop. This is typically unheard of.

The Chop Shop won’t just be a rad place to hang in Braddon on a Friday or Saturday night. They will also run artist workshops during the week to further help aspiring artists to flourish.

It’s sad to think that by December it will all be over and The Chop Shop as well as the neighboring businesses will be knocked down to be redeveloped into Mode-3 style shopfronts and apartments.

The entertainment booked for The Chop Shop is looking mental though. And with one month until the launch, Braddon ain’t gonna know what’s hit it. 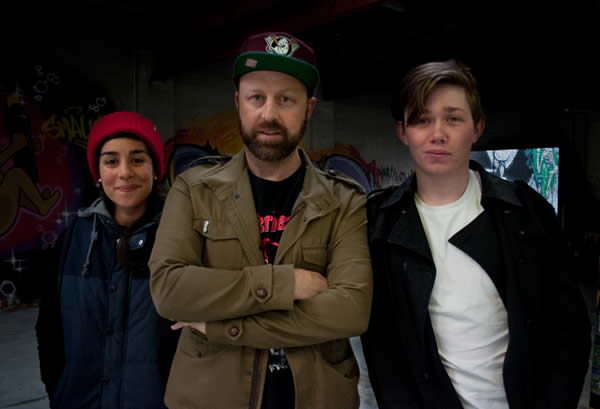 Not quite an accurate depiction of my involvement…but I’m still happy to help. My days at the NCA are long gone. I am presently a Deputy Director-General in the Chief Minister, Treasury and Economic Development Directorate within the ACT Government. I have responsibility for arts, business, events, sport & recreation, tourism and major venues. The ACT Government has a number of programs that help small, innovative and emerging businesses. My involvement here is just a practical example of that.

Janine Gilchrist - 4 hours ago
Definitely View
Yuri Shukost - 7 hours ago
Ankle monitors and home detention is the only way I’d support this. View
Isabella Goyne - 19 hours ago
If they’re in for non-violent offences, it should be at least considered. View
News 62

Emma A Holliday - 5 hours ago
Michelle Guerrero while it seems to make sense this isn’t about risk it’s about infrastructure. The coastal areas simply... View
Mick James - 2 days ago
I hate how the government works generally but we’re all new to this! Not many of us have been alive during something like t... View
News 25

Susie Deards - 13 hours ago
Elroy it is unusual - unless your stirring, that you feel we don’t already have a lot of development going on in Canberra -... View
David Brown - 17 hours ago
The only Canberrans who want this development are Barr and his cronies and developers. 😡 View
Mirjam Herzog - 1 day ago
Chris Cross' pro argument citing the rates income from diplomatic missions is a highly contentious issue as the concept seems... View
Lifestyle 12

Deref - 21 hours ago
Nice to get some more rain. We need a LOT more, though, to get the dams up. View
News 5

MERC600 - 21 hours ago
Anna thank you for your concern re my car and a tree. But after I got a coffee and wandered back to the car the 15 minutes wa... View
Anna Bruce - 21 hours ago
If you choose to disregard the medical directions given to you (a lot of that going around lately) and crash your car into a... View
News 5

Chris Allen - 23 hours ago
The one thing that does worry me. When all this has settled down and we are allowed to behave and live our lives as usual, wh... View
News 1

Acton - 24 hours ago
April Fools Day prank. Right? If not, share the pain Andrew Barr, instead of spreading it Cancel the next rates notice for al... View
News 4

A land swap between the ACT Government and the National Capital Authority involving West Basin and the North Curtin horse...
News 25

@The_RiotACT @The_RiotACT
More help for ACT households and businesses is on its way after Chief Minister Andrew Barr flagged another economic stimulus announcement by the end of the week https://t.co/QhqmJLBiBe (45 minutes ago)

@The_RiotACT @The_RiotACT
The ACT Government has engaged Canberra's world-leading health services company Aspen Medical to build a temporary COVID-19 emergency department on or near the Canberra Hospital campus. The facility should be up and running next month https://t.co/DZRP7S179i (2 hours ago)

@The_RiotACT @The_RiotACT
As our lives change dramatically because of COVID-19, looking after our mental health & emotional wellbeing is more important than ever https://t.co/HHQmcGsyF8 (4 hours ago)