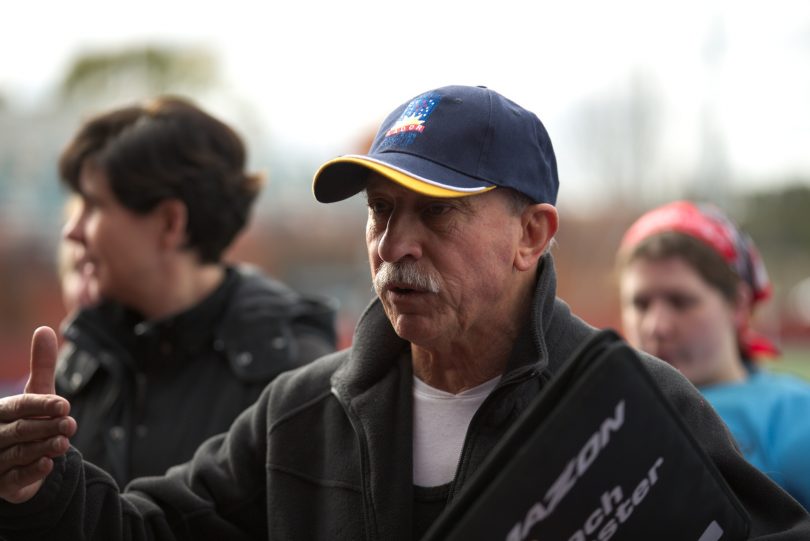 In life you come across volunteers prepared to go over and above the call of duty to ensure sporting events take place and teams are on the field each and every weekend in Canberra.

Peter Funnell and Ken Eynon are two such people. They have touched the lives of many, many of whom may not have realised the efforts made by these two incredible men.

Seventy-year-old Peter has packed plenty into his life. His involvement as a player, captain and coach of the Central Hockey Club is legendary.

“Hockey has been my life. My father, who played for NSW, had a hockey stick made for me when I was 18 months old. And Central Hockey has been like one big family and I can’t thank them enough.”

As a player Peter represented NSW and the ACT, before coaching the Central Club’s women’s first-grade side for seven years, the men’s first grade for five years, and the under 18 girls for ten years. Although Peter’s OAM was for his services to hockey, he is also well-known as a promoter of music and supporter of many charities.

As a promoter, he has brought to Canberra most of the country’s top bands, musicians and entertainers since the 1970s, combined with his support of local acts. His favourite performers? James Morrison and Tommy Emmanuel.

There is also his support of senior’s events; Diabetes ACT, the Starlight Foundation, Bosom Buddies, Can the Cancer Canberra Hospital Foundation, Beyond Blue, the Kippax Uniting Church, and the Red Cross. 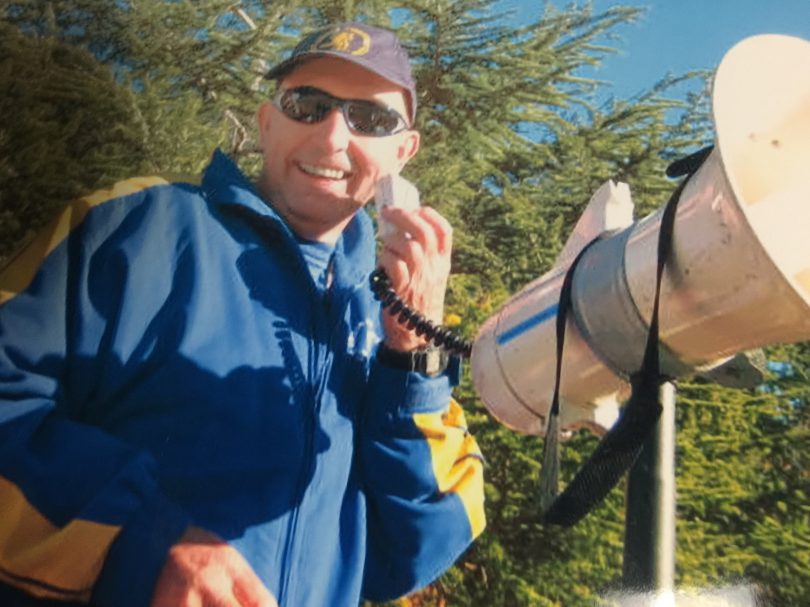 Seventy-three-year-old Ken Eynon moved to Canberra in 1967 with the Navy and went on to become a central figure in everything to do with running in the ACT.

Ken recalls, “I happened to stumble into running. I always did well in cross country in the Navy on the back of my fitness gained through playing soccer.”

He says his volunteering days started when was still playing sport. It went into overdrive when he stepped back from competing.

Ken who was named the ACT Volunteer of the Year in the Sport and Recreation division in 2005 has been honoured for his service to athletics, which included organising fun runs, half marathons and marathons over a 35-year period. He was also the ACT Track and Field officer for 20 years.

Both Ken and Peter say they were totally surprised by receiving the OAM award in the Queen’s Birthday Honours.

Ken says it initially came as a shock; “I’m honoured and humbled at the same time. You do what you do and don’t expect to receive something like this.”

Peter had the same reaction; “The first thing was a sense of disbelief. At first I thought it was a scam, I didn’t think anybody would nominate me. It’s a bit overwhelming.”

Giving time and energy to the community can only happen with support and both Ken and Peter acknowledge that their commitment could only happen because of the support from their wives.

These days Ken has stepped back from his involvement with sport. “I have had to give the volunteering away because I am a full-time carer for my wife who has a brain tumour,” he says.

Peter says he is still passionate about the Central Hockey Club, and remains involved in charity work.

Peter and Ken have made an incredible contribution to Canberra, and for that, we are indebted to them both.

Futureproof - 4 hours ago
Vote early, vote often. Will voter ID solve this?... View
kenbehrens - 6 hours ago
Stephen, as it turns out, School ID cards are a thing, if you work in a school you'll need a Working with Vulnerable People's... View
franky22 - 9 hours ago
I take it that the 55 senators are part of the nutjobs still claiming that the election was stolen from Trump ? View
News 2

@the_riotact @The_RiotACT
#Jerrabomberra residents have been waiting for a high school for decades, but will it be big enough when it opens its doors in 2023? Plans for the new school have been released and locals are concerned https://t.co/hrpMDRz4yg (4 hours ago)