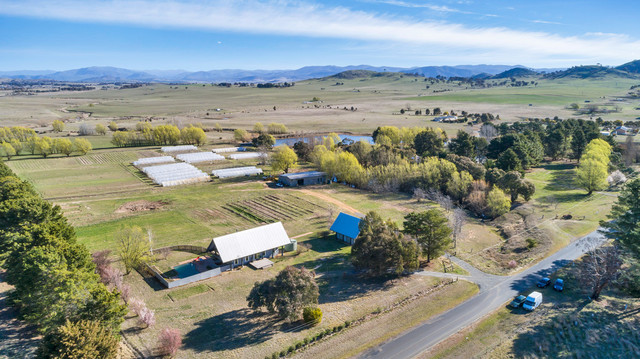 The man who founded the Capital Region Farmers Markets is now selling the property that sprouted the organic farm that started it all.

Dave Pentony is now 73 but 40 years ago he moved out to a 60 acre block near Hall where he built a home, raised a family and saw his vegetable growing hobby develop into major produce business, establishing the now iconic Farmers Markets in the process to create another outlet for the burgeoning market gardening enterprise.
Along the way the family opened two shops, both called Choku Bai Jo, on the north and south sides of Canberra, and his son Patrick established the Southside Farmers Market in Phillip. They were sold in 2016.
Now Gleann na Meala’, at 247 Gooromon Ponds Road, Wallaroo just across the border and 16 hectares of the original property, is on the market, complete with two residences, sheds, infrastructure and the dependable water supply that drew Dave Pentony, but its potential uses are not limited to market gardening. 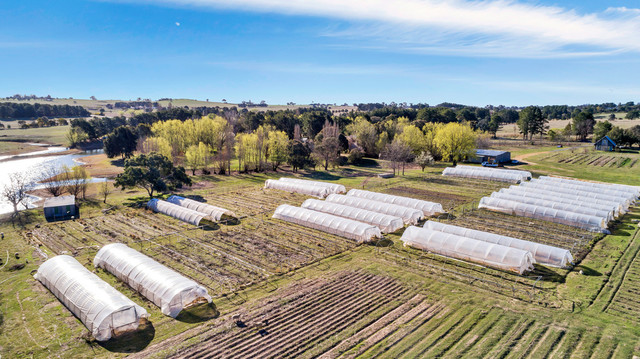 Agent Mark Johnstone from Ray White Canberra says the main attraction of the property is the rural lifestyle with a close commute to Canberra it offers.
There is the opportunity to run a market garden business or other alternative business making use of the great water supply on the property, or it could be just a self-sufficient rural retreat.
Dave’s son Patrick, who grew up and worked on the farm, says it could be very profitable as an organic farm if people are willing to put the work but that’s just one of the possibilities.
“I think it’s more likely someone will buy it for the fact they want 40 acres of green land with plenty of water, 20 minutes from Canberra,” he said.
“People could farm it, turn it into an events centre, farm something different like truffles or nuts. There’s plenty of potential for all sorts of different agribusiness, or it could be somebody’s park landscape.”
Patrick says his father can no longer manage the property himself and stopped farming in May. He and his wife are moving into town in New Acton for the next chapter of his life, although he’s retaining 20 acres next door where he can still get his hands dirty if he gets bored. 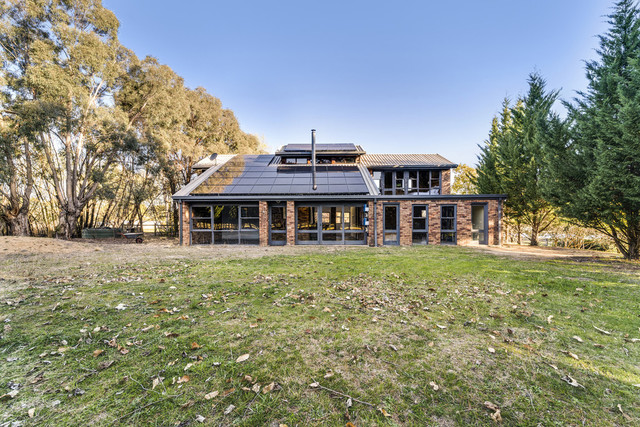 His father is excited about that and the fact that he ‘outdid’ his potential on the farm.”We made more money from that farm than we ever thought we possibly could. From something that started as a hobby growing some vegetables, supplying to neighbours and then going up to having 50 poly tunnels, selling $20,000 to $30,000 worth of vegetables a week,” says Patrick.

“Dad has no hard feelings, he’s achieved what he wanted to achieve there so he’s happy to let someone else achieve what they want to achieve, and whether that’s growing produce or trees, truffles or just enjoying the landscape or getting rid of the infrastructure and turning it into a beautiful 40 acre park and living on it.” 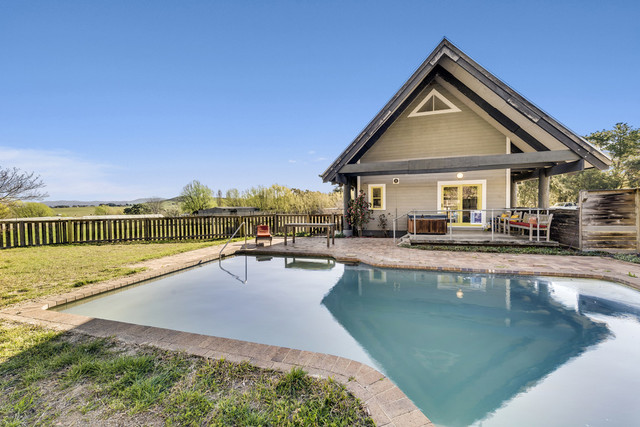 For Patrick, who now lives on the South Coast with his doctor wife, the property was an idyllic place for he and brother Ben to grow up, swimming, fishing and kayaking and windsurfing on its lake-size, five-acre dam.

The two residences include the original 36-year-old solar passive two-storey, five bedroom brick house, which is midway through a renovation with the kitchen and two bathrooms removed. It will sell as is so the buyer can complete it as they wish.

It has solar panels on the roof and a full-length cellar underneath with a cool room at one end. 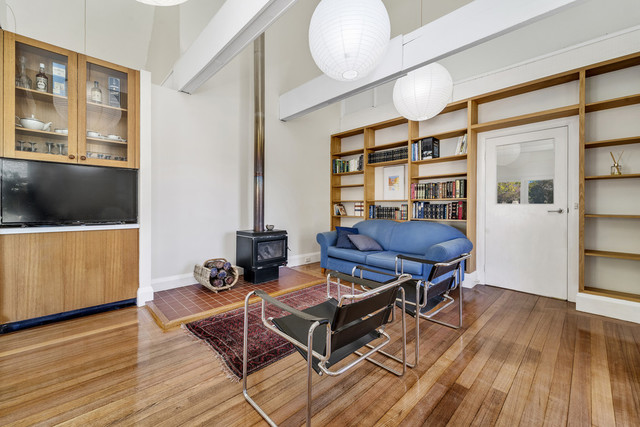 Cosy living in the cottage.

The two-bedroom cottage was designed by Roger Pergrum for Patrick’s grandparents when they moved out there in 1997 and attracts much interest from the locals. It has high raked ceilings and expansive full-length windows, a country kitchen and slow combustion fire. It includes a double garage with studio above it and an in-ground pool.

They provide a mix of accommodation choices or a rental or bed and breakfast option in the area, peppered with wineries.

Mr Johnstone says recent sales in the area have ranged from $1.3 million to $2 million plus.

Nooo! their veggies were always amazing and such a good couple to chat to at all the little markets around canberra

Thank you Ian for writing such a great piece on my families farm. The place has treated us all very well over the last few decades but now it is time for someone new to enjoy the space and lifestyle.

Great property with plenty of potential, open this Saturday 1130am-1215pm