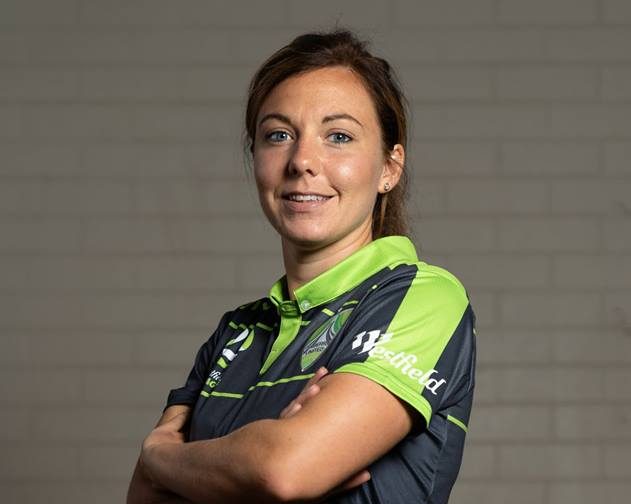 Rachel Corsie has shown her experience in the backline all season. Photo: Canberra United.

Rachel Corsie has taken home Canberra United’s player of the year award for an outstanding season leading the side in her first campaign in the W-league.

The defender immediately donned the captain’s armband and has played a key role in leading a relatively young group of players through a rollercoaster season.

The World-Cup-bound Scotland captain has been part of a much-improved backline this season under coach Heather Garriock, with the side conceding nine fewer goals.

The 29-year-old will also lead her country to its first Women’s World Cup campaign, with the team having secured its inaugural berth in football’s biggest tournament.

Shamiran Khamis was also awarded by her peers as the season’s players player after one of the best season-long displays of goalkeeping in the league. The former Sydney FC and Western Sydney Wanderers shot-stopper kept three clean sheets this season, including a stunning performance littered with immense saves during United’s 2-0 win over arch-rivals Sydney FC in round five. 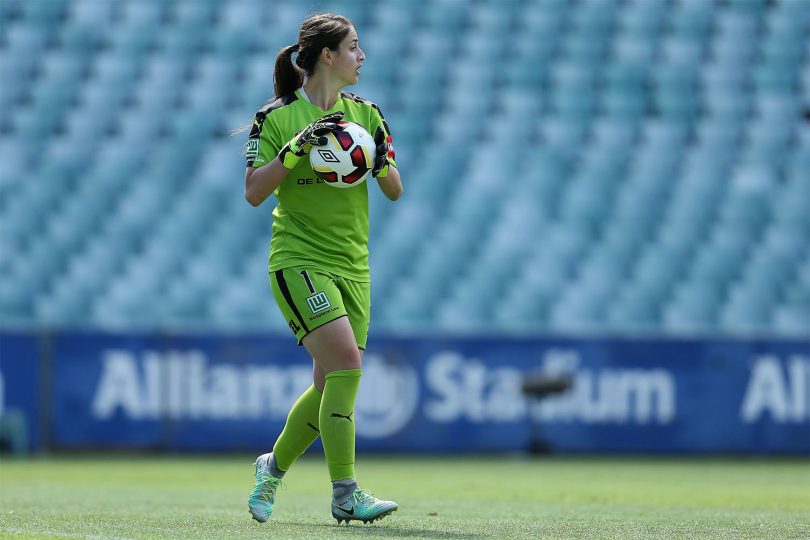 United’s fans picked out South African forward Rhoda Mulaudzi as the supporters’ player of the year, following a stellar first season in the Westfield W-League which has seen her score in four of the five home games this season.

Laura Hughes also took home the University of Canberra Rising Star award for a campaign that saw her make her first ever start and pick up an increased role in the middle of the park.